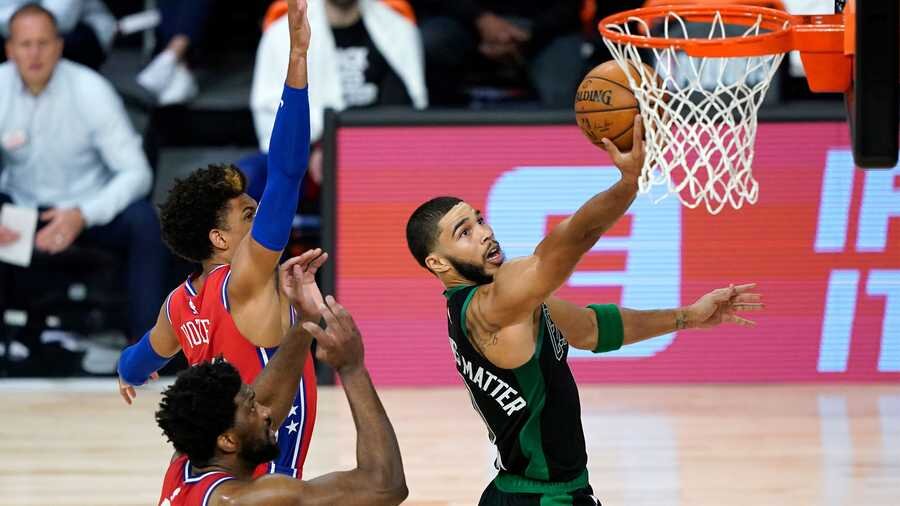 Along with his playoff career-high, the third year forward also had 5 rebounds and 5 assists in 8 of 12 shooting from beyond the arc as the Celtics took a commanding 2-0 lead against Joel Embiid and the Sixers. Boston also leaned on high offensive production from Jaylen Brown and Kemba Walker, who scored 20 and 22, respectively. The C’s will look to move to the next round with two more wins despite not having the services of All-Star Gordon Hayward ,who suffered a grade 3 ankle sprain in Game 1.

The reigning finals MVP scored a game-high 35 points, along with 10 rebounds, 2 assists, and 1 steal, although the Clippers were outlasted by the Dallas Mavericks, 127-114. It was a cold outside shooting night not only for Leonard, but for the entire Clippers squad, as they finished with a lowly 29.4% from three-point territory compared to the Mavs’ 44.8%. Leonard’s fellow star, Paul George, will seek revenge in Game 3 after a poor performance of only 14 points in 23.5% shooting.

The “Process” amassed a team-high 34 points and added 10 rebounds, 3 assists, and 1 block as the Sixers found themselves two wins behind their Eastern Conference rivals. With All-Star guard Ben Simmons out with a season-ending knee surgery, the Cameroonian big man is expected to carry the offensive load all series long. Not only that the Sixers are on the brink of an early exit, this might also be the last days of Embiid in a Sixers uniform.

The Jazz all-star continued his stellar shooting, tallying 30 points and 8 assists in 6 of 7 shooting from long-range to tie the series against Jamal Murray and the Denver Nuggets with one game apiece. Utah also got major contributions from Filipino-American Jordan Clarkson, who scored 26 points off-the-bench. The Jazz will look to carry the momentum up to the next game to take the series lead.

The Slovenian sensation had a 28-point outburst to lift the Mavericks and secure the equalizer against Leonard and the Clippers. Latvian Kristaps Porzingis had his bounce-back-game after his ejection in Game 1, scoring 23 points and 7 rebounds in the win. With his 28-point performance, Doncic now holds the NBA record for most points in first two career playoff games with 70, surpassing Kareem Abdul-Jabbar’s 69.