Goran Dragic lands at the top of last night’s best individual performances by powering the Miami Heat to a commanding 2-0 lead over the Milwaukee Bucks. 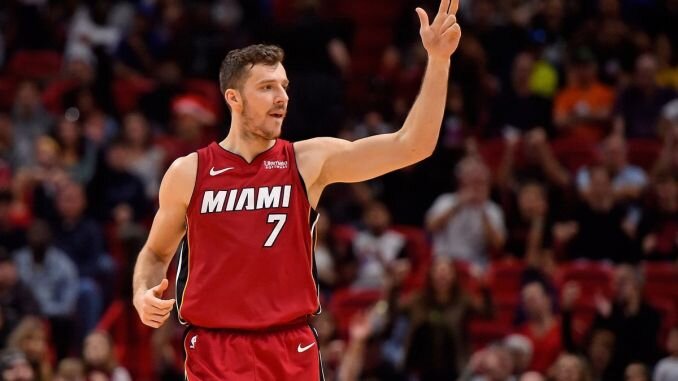 The Slovenian star recorded 23 points, 5 rebounds, 4 assists, and 2 steals, including a 4 of 8 shooting from three-point territory to help the Heat defeat the Bucks, 116-114. Although Jimmy Butler sank the game-winning free-throws, it was Dragic who set the tone offensively for the streaking Heat. Miami will look to continue their 6-0 streak in this year’s playoffs.

RoCo is an established 3-and-D player, but it is very rare for him to be on the spotlight. Yet, he put up one of his best offensive outputs when it mattered the most. With his superstar teammates struggling offensively. Covington stuffed the stat sheet with 21 points, 10 rebound, 2 assists, 3 steals, and 3 blocks, including a 6-11 clip from deep as the Rockets escaped the Oklahoma City Thunder, 104-102. The Rockets are now officially the second round match up of the well-rested Los Angeles Lakers.

The undrafted rookie scored 30 points, 4 rebounds, 1 assist, and 1 block in a losing effort against the Rockets. With his 30-point explosion, the Canadian guard now holds the record for the most points recorded by an undrafted rookie in a Game 7. Despite the loss, the underdog Thunder was able to push James Harden and the rest of the Rockets to their limit.

Antetokounmpo is a regular guest in the Top Performer list, but this one might be a bit awkward for the 2019 MVP. The Greek Freak was able to put up a solid performance with 29 points, 14 rebounds, 3 assists, and a block but found himself and the rest of the Bucks down 0-2 against the Heat. The Game 2 was within reach and the Bucks almost completed a comeback, but failed to do so as Heat’s Butler sank two game-winning free throws. The Cream City is expected to fight back and extend the series as they try to win Game 3.

Chris Paul played all series long with his heart out, and played his last game of the season in fashion. The point god finished the game with 19 points, 11 rebounds, 12 assists, and 2 steals as the Thunder got eliminated in seven games. Despite the heartbreaking loss, the Thunder squad will go home with their heads held high as they proved the doubters wrong in a season which the team was expected to rebuild.