Paul George had one of his best games in this year’s playoffs as he landed at the top of last night’s best individual performances. 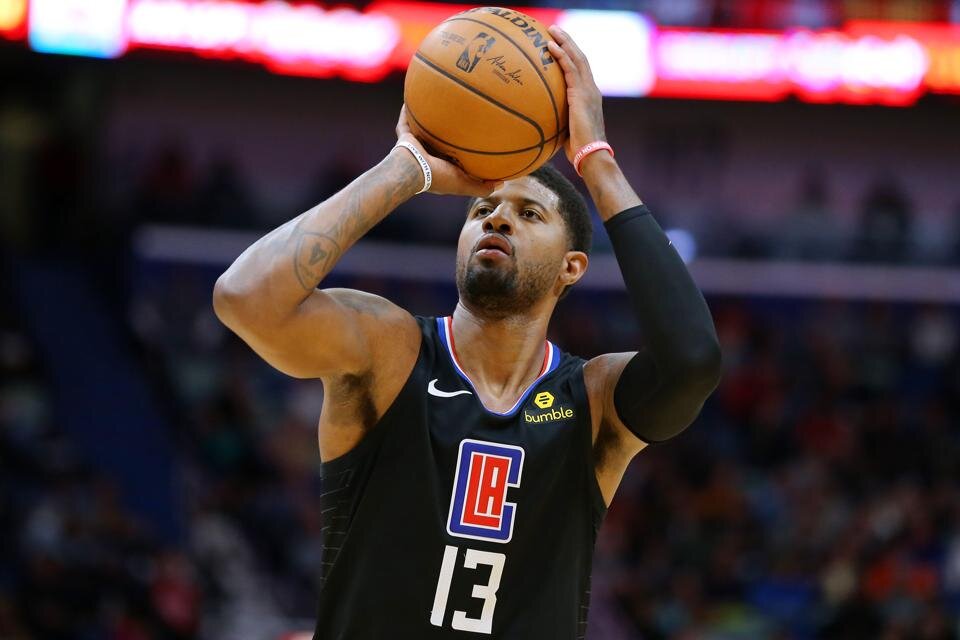 Paul George shot the lights out in Game 3 win against the Nuggets. (Photo courtesy of Jonathan Bachman/Getty Images)

The six-time All-Star is finally starting to show some consistency on the offensive end after a hot-shooting night in a come-from-behind win against the Denver Nuggets. George, who struggled in the first round against the Dallas Mavericks, scored 32 points and added 4 rebounds, 4 assists, and 2 steals in a 5 of 7 clip from the three-point area. The Clippers completed a timely comeback, and reclaimed the series lead after trailing by as many as 12 points.

After suffering from back-to-back losses in the hands of the defending champs Toronto Raptors, Jaylen Brown and the Celtics were able to exact their revenge with a huge win, 111-89. Brown was the key contributor in the win, recording 27 points, 6 rebounds, and 3 steals. The Celtics squad will look to close out the series in Game 6.

The two-time champion continued his shooting slump from the three-point territory, but still managed to contribute 23 points, 14 rebounds, 6 assists, and 2 blocks in the 113-107 win against the Nuggets. The Klaw looks to win his second straight title, and third overall. The Clippers are now back on the driver’ seat with a crucial win, and will try to widen the series margin in Game 4.

The Joker amassed 32 points, 12 rebounds, 8 assists, and a steal as the Nuggets fell short against George and the Clippers. The Nuggets were not able to answer the Clippers’ late rally as they now trail the series, 1-2. Nuggets coach Mike Malone will look to maximize more the Serbian big man’s top-notched passing skills to torture the Clippers’ defense as they will look to even the series in Game 4.

PrevPreviousRaja Bell: Steve Nash has a lot of qualities that good coaches have
NextHeat Close Out Giannis-less Bucks, Move on to the Eastern Conference FinalsNext