Heat star Jimmy Butler basked in the moment and amassed 40 points to defeat the Bucks and land on top of last night’s best individual performances. 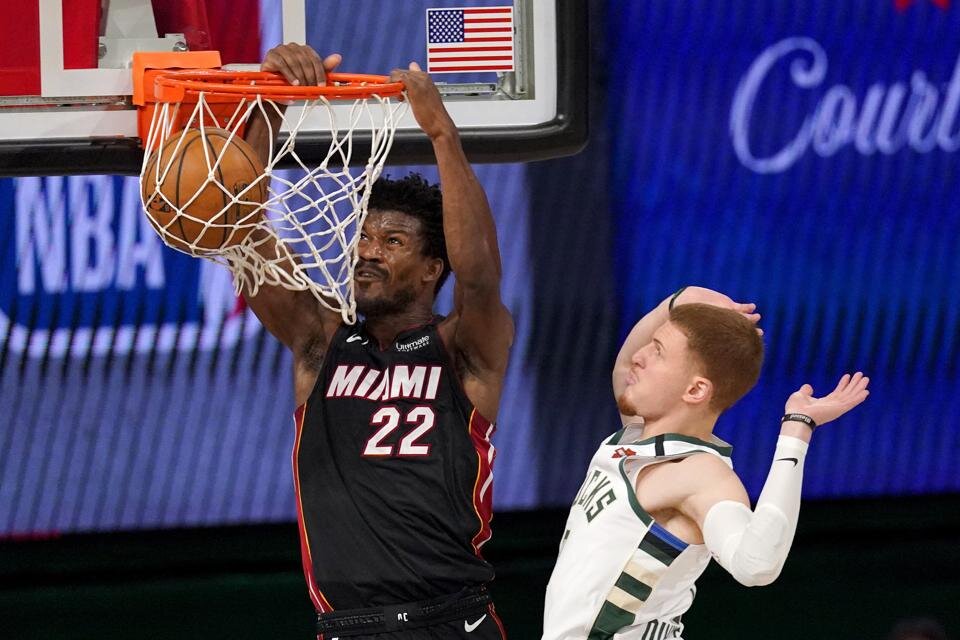 Butler led Miami to a Game 1 victory over Milwaukee in their Eastern Conference Semifinals series. (Photo by Mark J. Terrill/AP)

What’s more impressive in Butler’s 40-point performance is that 27 of it came in the second half. Butler answered every Bucks’ attempt at a comeback to push the Heat to a 115-104 Game 1 victory. The outspoken All-Star also put up an uber-efficient 65% clip from the field, and missed only one of his 13 trips to the free throw line.

In an effort to stave off elimination and force a Game 7, the Thunder banked on their 35-year-old All-Star to lead them to the win. Paul tallied 28 points, 7 rebounds, 3 assists and 3 steals, including a couple of big three-pointers and crucial defensive stops in the fourth quarter. There’s no doubt that Paul’s veteran leadership and stellar court smarts are in full display at this stage of his career.

Despite the loss, Harden still produced his usual all-around stat line. The former MVP finished with 32 points, 8 boards and 7 dimes. Harden also put up a decent 50% field goal clip, although he has to assert himself more and get more touches on offense, especially during clutch situations.

With Giannis Antetokounmpo struggling to be effective particularly in the fourth quarter, Middleton tried his best to shoulder the workload on offense. The All-Star swingman scored 28 markers, to go along with his 6 rebounds, 5 assists and 2 steals. It was a disappointing loss for the league-leading Bucks, but at least their supporting cast are putting up the numbers.