With Giannis Antetokounmpo exiting the game early, Khris Middleton saved the Milwaukee Bucks from being swept and landed at the top of last night’s best performances. 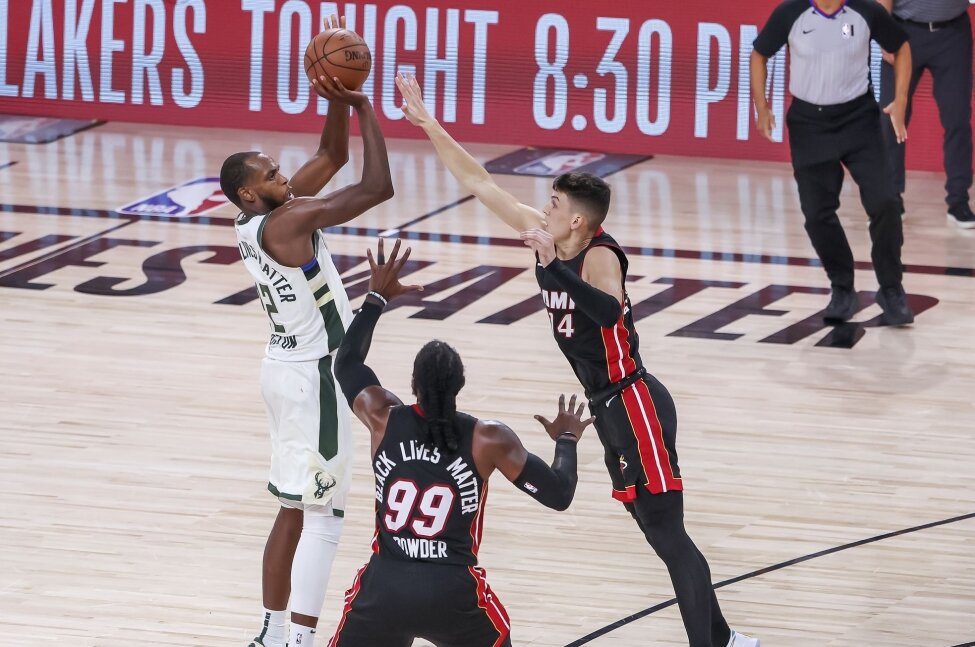 The two-time All-Star recorded a playoff career-high 36 points, along with 8 rebounds, 8 assists, and 2 steals to give the Bucks their first win of the series. 2019 MVP Antetokounmpo had a good start with 19 points, 4 rebounds, 1 steal, and 1 block but was forced to leave the game early after aggravating his right ankle injury. The top-seeded Bucks will look to defeat the odds, as they try to come back from a 0-3 series deficit.

Davis powered the Lakers with his 34 points, 10 rebounds, 4 assists, and a block to even the series. After getting dismantled in Game 1, the Lakers led by as many as 21 points in Game 2. Davis will continue playing big against the small-ball Rockets line up to snatch the series lead in Game 3.

James was one assist shy from a triple-double as he piled up 28 points, 11 rebounds, 9 assists, 4 steals, and 2 blocks. In his 17th season, King James shows no signs of slowing down, as he continues to have major contributions in every stat category. The three-time champion and the rest of the Lakers squad are on a mission to bring back the glory days of the Lakeshow.

The Beard tallied 27 points, 2 rebounds, 7 assists, and 2 steals in the loss. The Rockets was able to take a 92-90 lead at the end of the 3rd quarter, but was not able to capitalize. The Clutch City will look to bounce back and regain the series lead in Game 3.

Adebayo led the Heat with 26 points, 12 rebounds, 8 assists, and a steal, although they failed to complete the series sweep against the Bucks. Miami was not able to capitalize on the absence of the Greek Freak as they collapsed in overtime. Jimmy Butler, Goran Dragic and the rest of the Heat squad will look to finish what they have started, and try to eliminate the Bucks in Game 5.

PrevPreviousLeBron, AD combine for 62 in Lakers’ Game 2 win over Rockets
NextTop Free-Agent Targets for Playoff Teams Eliminated in the BubbleNext