Nikola Jokic didn’t just lead the Denver Nuggets onto the second round, but he also lands on top of last night’s best individual performances. 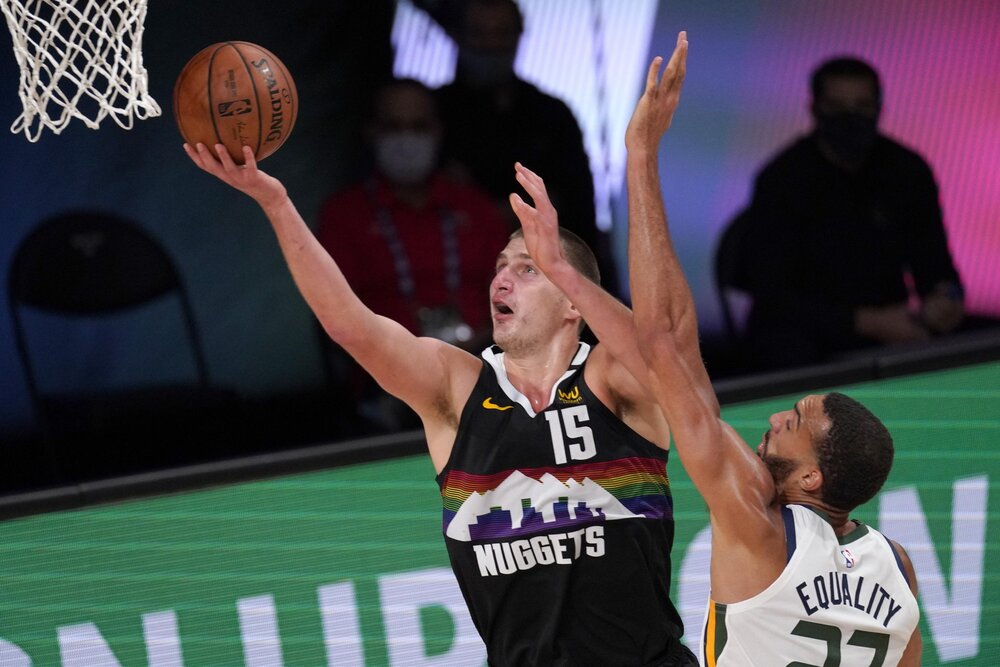 Jokic powers Nuggets to a Game 7 win over Rudy Gobert and the Utah Jazz. (Photo by Mark J. Terrill/AP)

With the Jazz’ defense closing in on Jamal Murray, Jokic answered the call, especially in the clutch. The Serbian big man hauled in a double-double night of 30 points and 14 rebounds, including a couple of difficult baskets in the fourth quarter that staved off Donovan Mitchell and the relentless Jazz squad.

Tatum continues to torch the nets in the bubble as he put up another 30-point nugget to help the Celtics take a commanding 2-0 lead against the Toronto Raptors. The All-Star forward finished with 34 points, 8 rebounds and 6 assists, including a perfect 14-14 clip from the free throw line. Tatum kept Boston within shouting distance the whole game, and he received plenty of support in the fourth quarter when both Marcus Smart and Kemba Walker found their shooting.

It’s frustrating how Utah’s season came to an end, but Mitchell left it out on the floor in Game 7. In a low-scoring affair against the Nuggets, Mitchell tallied 22 points and 9 rebounds as he was the key cog when the Jazz came back in the second half and erased a 14-point deficit. Mitchell may have committed that crucial turnover with only seconds left in the clock, but the Jazz will not even come close to the Nuggets without his gallant performance.

In a game when almost everyone from the defending champs struggled on offense, Anunoby became the lone bright spot. More known for his work on the defensive end, Anunoby showed that he can also thrive on offense. The young combo forward notched a team-high 20 markers, and missed only two of his six attempts from beyond the arc.