Luka Doncic and Kristaps Porzingis are playing incredibly well for the Dallas Mavericks, but it will be a herculean task for the European combo to take down a more complete Los Angeles Clippers group. 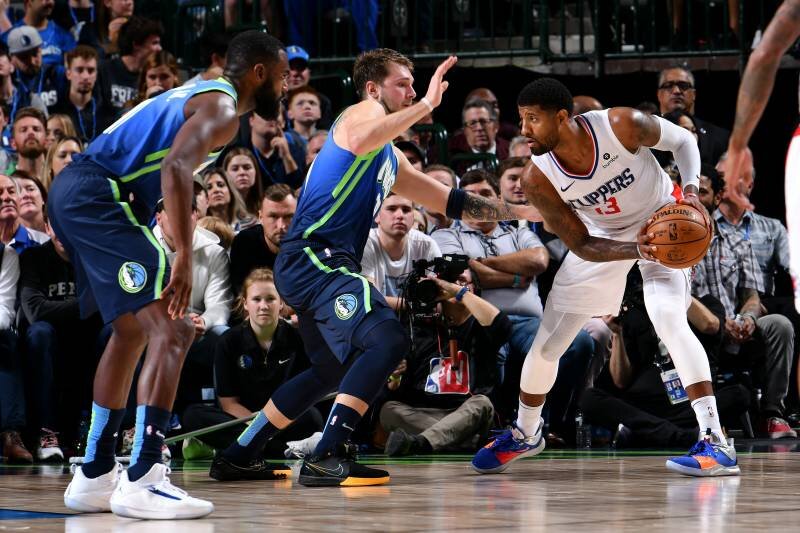 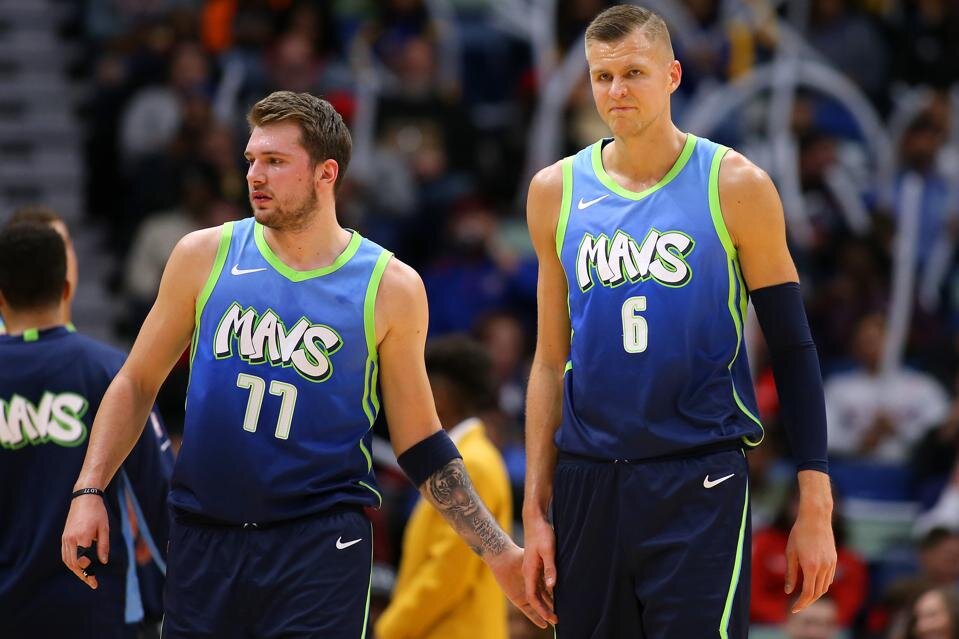 This will be the Mavs’ first playoff appearance since 2016, and the first during the post-Nowitzki era. Dallas now boasts a star combo of Doncic and Porzingis, and no doubt, the two will become a force for the franchise for years to come.

Doncic puts up 28.8 points, 9.4 rebounds, and 8.8 assists and Porzingis averages 20.4 points, 9.5 rebounds, and 2.0 blocks for the 7th-seeded Mavericks. Certainly, these are numbers that any organization expects from their stars. The regular season is over, and the young stars will face a more seasoned Clippers team in the playoffs, which will be a bigger pressure since the two has yet to play a playoff game.

The two are among the best players in their position, and the 21-year-old Doncic can basically do everything on the offensive end. He can create, facilitate, and can can his signature deadly stepback jumper. On the other hand, the 25-year-old Porzingis has a strong outside shooting, great post-up move, and has the ability to run and spread the floor, while also having the skill to protect the rim.

When they face the Clippers in the first round, these young stars will be put to test, but their lack of playoff experience might backfire at the biggest moments. Of course, Doncic is a already a veteran outside the NBA. He became an MVP in the Euroleague, and led Madrid to a title.

KP had solid experiences from international competitions while representing Latvia. Despite being experienced individuals outside the league, the pressure being in an NBA playoff series is just different, and these two stars have to step up and shrug off all those pressures when it matters the most. 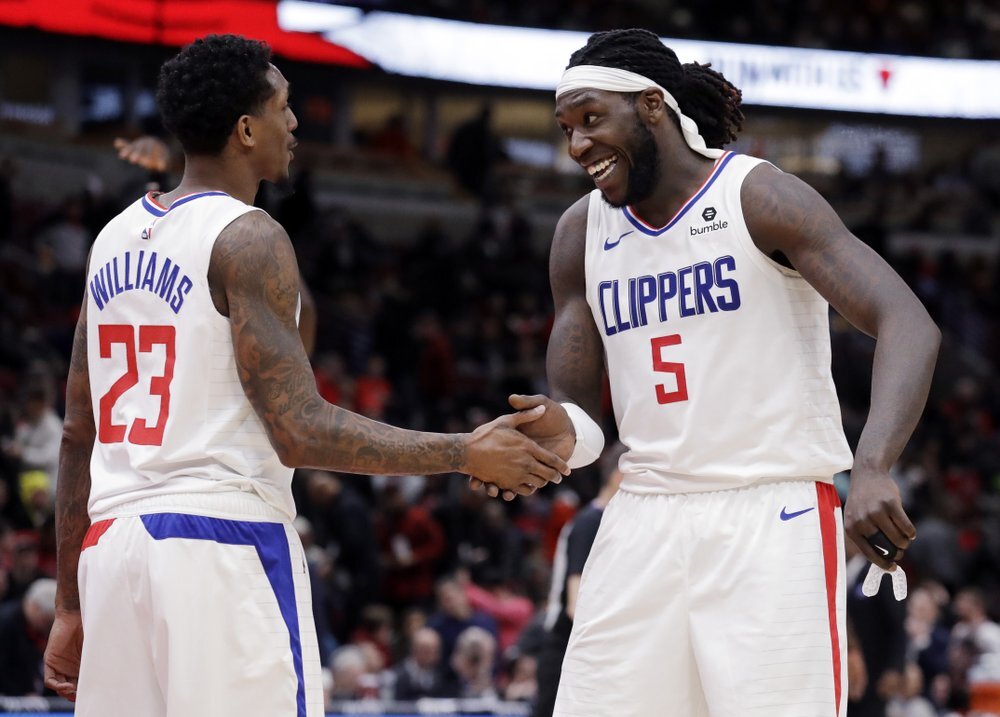 The Clippers have one of the deadliest tandems off-the-bench in the league, and both are finalists for the Sixth Man of the Year award. Lou Williams easily provides offensive firepower for the Clips, while Harrell gives energy and hustle to the team with his tenacious play.

Williams averages 18.2 points per game, while the 6’7 Harrell produces 18.6 points on a daily basis. The Mavs will be at a disadvantage due to the Clippers’ bench depth and play style. The Clippers can run outside plays with Williams as its focal point. His pick-and-roll plays with Harrell should be difficult for the Mavs to counter as they only have few inside defenders available in their roster. There are also some notable scorers from the bench like Marcus Morris who can light it up from the outside, along with guard Reggie Jackson.

Dallas will try to outscore the Clippers’ bench with the services of Delon Wright, Maxi Kleber, and Trey Burke, but that will be a difficult task since Clippers are able to defend all positions. 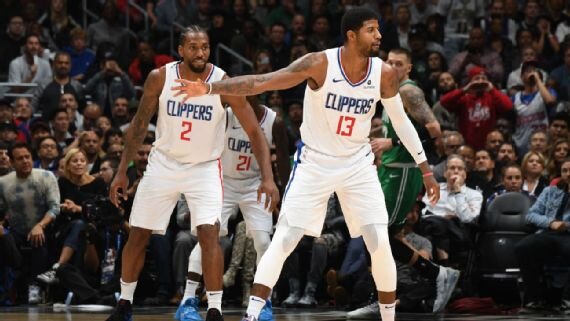 Not only do the Clippers boast two of the best two-way players in the league in Kawhi Leonard and Paul George, but they also have gritty and scrappy players like Harrell and Patrick Beverley. Despite being undersized for their respective positions, Beverley and Harrell always play their hearts out.

Reports say that it is unlikely for Beverley to play in the first round due to a calf injury, but there is still hope that the 6-foot-1 defensive ace can come back in the latter games. Harrell, on the other hand, is an undersized power forward that can also play the center position. He has the ability to get rebounds even against much taller guys, and switch onto quicker players. He can also be an excellent recipient of pick-and-roll plays, and provide intangibles that can’t be seen in the stat sheet.

The Clippers squad can cover the perimeter and three-point territory with George and Leonard defending Seth Curry, Hardaway Jr, and Burke, while Ivica Zubac can mark Porzingis in the inside. On the other hand, Dallas will lean greatly on the rim protection of 7’3 Porzingis.

The absence of Dwight Powell and Willie Cauley-Stein will be too much for the Latvian to carry the load on both ends of the floor. Dallas has to contain the Clippers PnRs, but that will be a hard task. During their last game versus the Blazers, Porzingis was greatly exposed about his lack of mobility in defending the pick-and-roll. The only legitimate center in the Dallas roster is Boban Marjanovic, but his lack of speed and versatility makes him a lackluster defender.

The Mavericks have enough firepower to go toe-to-toe against the Clippers, but yet again, Clippers have a deeper bench, along with more defensive weapons. Doncic and Porzingis are brilliant players, and their future is bright donning the Dallas uniform. But the Clippers are just a bad match-up for them. With stellar two-way stars in George and Leonard, Clippers will control the series on both ends of the floor. Clippers will also maximize defensive holes in the play of Porzingis, and capitalize the absence of the Mavs’ centers. Both teams have good offensive arsenals, but it will go down to the Clippers being the better defensive team.