Donovan Mitchell and Jamal Murray both put up 50-piece outings but it was the Utah Jazz who prevailed with a 129-127 Game 4 win over the Denver Nuggets. 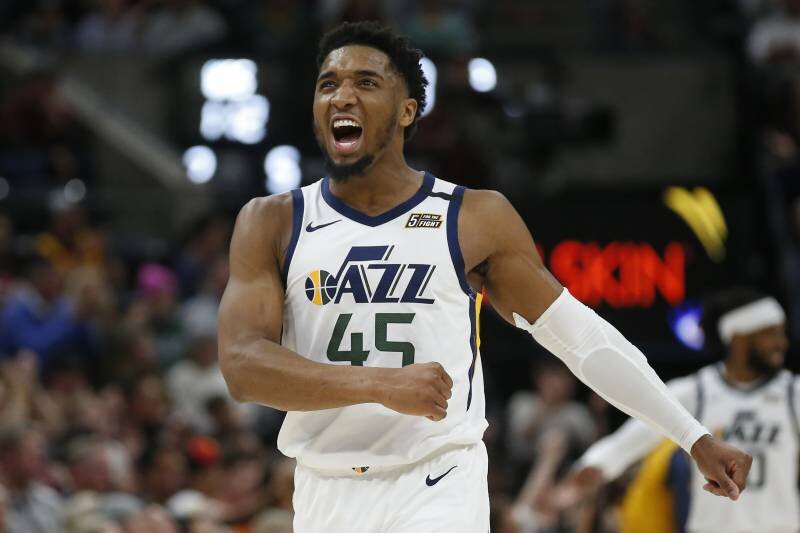 It was another brilliant scoring display from two of the league’s best young guards, but it was Mitchell and the Jazz who came away with the thrilling, close-call win. Mitchell balled out with an impressive stat line of 51 points, 4 rebounds and 7 assists, and went on to miss only one of his 18 trips to the free throw line.

Mitchell’s incredible performance also lands him a spot in NBA history. As this is the second time in this series that he has eclipsed the 50-point mark, Mitchell joins Michael Jordan and Allen Iverson as the only players in league history to do such unbelievable feat.

Players with multiple 50-point games in a playoff series:

Mike Conley and Jordan Clarkson were also instrumental in the victory, as they poured in 26 and 24 markers, respectively. Defensive big man Rudy Gobert tallied a double-double of 17 points and 11 boards, including timely dunks that answered the Nuggets’ comeback attempts in the fourth quarter.

Jamal Murray led the charge for the Nuggets with his all-around stat line of 50 points, 11 rebounds and 7 dimes, including a massive total of nine hits from the three-point line. Nikola Jokic had his usual numbers of 29 points, 7 boards and 6 assists, while veteran power forward Paul Millsap amassed 16 points and 2 blocks