Initially ruled out of the season restart, Victor Oladipo is proving to be a steady force for the surprisingly-good Indiana Pacers in the bubble. 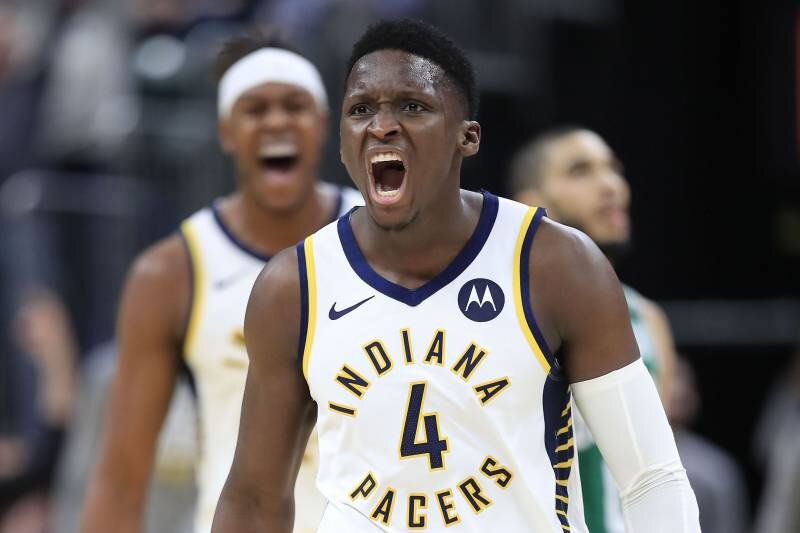 T.J. Warren has been the best Pacer in the bubble, and it’s not even close. Warren’s shot-making has seen a drastic efficiency, and he is also doing it during the most crucial minutes of games. The Pacers need every bit of his scoring prowess, especially with All-Star big man Domantas Sabonis sitting out the restart due to a foot injury.

But forgotten amidst the Warren hype is the steady contributions of Oladipo. The two-time All-Star only played 13 games before the hiatus due to a year-long recovery from a major injury. The Pacers initially announced that he will not be playing in the restart as it could be too much of a risk.

Fortunately for the Pacers, Oladipo switched stance and his conditioning amped up before the games. In the team’s first four seeding games, ‘Dipo is chipping in consistent numbers of 16.5 points, 5.8 rebounds, 2.8 assists and 1.0 steals per contest. He is facilitating the Pacers’ offense at times, while also staying active on the defensive end.

Without Sabonis’ ability to make plays on the post, the Pacers would need more of Oladipo’s two-way versatility to make some noise in the playoffs.

He is also shooting a decent 46% overall clip from the field, including an excellent 38% from the three-point line. What’s more exciting for Pacers fans is that he is doing most of his damage off the dribble, pulling up for triples or hitting step-back jumpers after multiple crossovers. His speed with the ball is still not yet at its peak, but it’s looking more improved than what it was before the hiatus.

Most importantly, ‘Dipo is not being hesitant in his drives to the rim, even if there are multiple defenders waiting for him in the paint. He needs to be more consistent in getting to the free throw line, but the aggressiveness that Oladipo is showing on offense is more than enough for the 5th-ranked Pacers.