Ex-Wizard Gilbert Arenas is adamant that he and former teammate Larry Hughes are better than Washington’s current backcourt duo of John Wall and Bradley Beal. 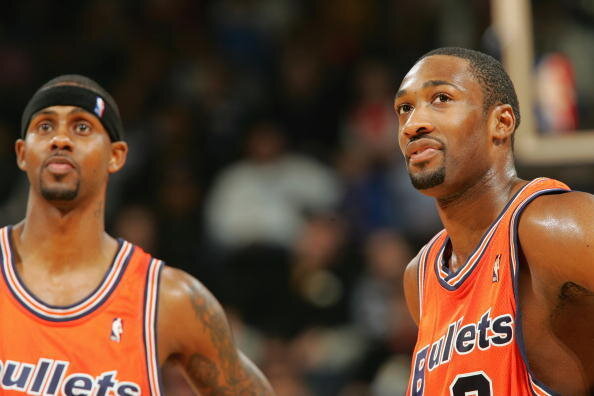 On a recent episode of the Bleav in Wizards podcast hosted by Hughes and Matt Modderno, the ever-confident Arenas thinks that the prime versions of him and Hughes match up better than Wall and Beal. The three-time All-Star also reiterated that he was as strong and quick as Wall, but his advantage is that he could shoot the lights out from long range. 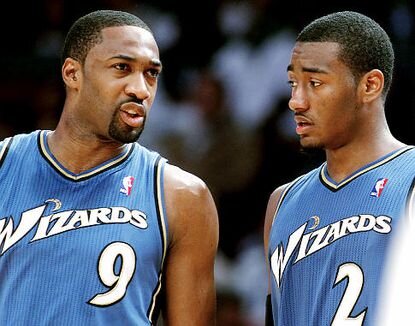 “That will be a good match-up, but we’re winning that one. We’re winning that one because they’re limited,” Arenas confidently stated. “Wall is not gonna be able to shoot from the outside…. I know all his moves, which is gonna fake right, go hard left. He’s gonna fake that screen and come back left because he’s a left hand-dominant. We have the same speed, same strength.”

﻿Wall may be more skilled than Arenas in terms of ball-handling and passing, but his shaky perimeter shot remains a glaring weakness. The two star point guards crossed paths in Washington when the Wizards selected Wall as the top overall pick of the 2010 NBA Draft. But the partnership didn’t last long as Arenas found himself shipped to the Orlando Magic in a mid-season trade during Wall’s rookie season.

Of course, the case that Arenas presented is still debatable. Beal has grown into a perennial superstar in the league, although Hughes has the tools to lock him up on defense. It’s one of those great “what-ifs“, but let’s just say that the Wizards fans are fortunate to have these stars bring pride to their city.

You can dive in more on Arenas’ thoughts by listening to the Bleav in Wizards podcast through the Spotify link below.