Bradley Beal, CJ McCollum and even former NBA star Paul Pierce all had something to say about the recent powerhouse trade that the Brooklyn Nets pulled off to land James Harden. 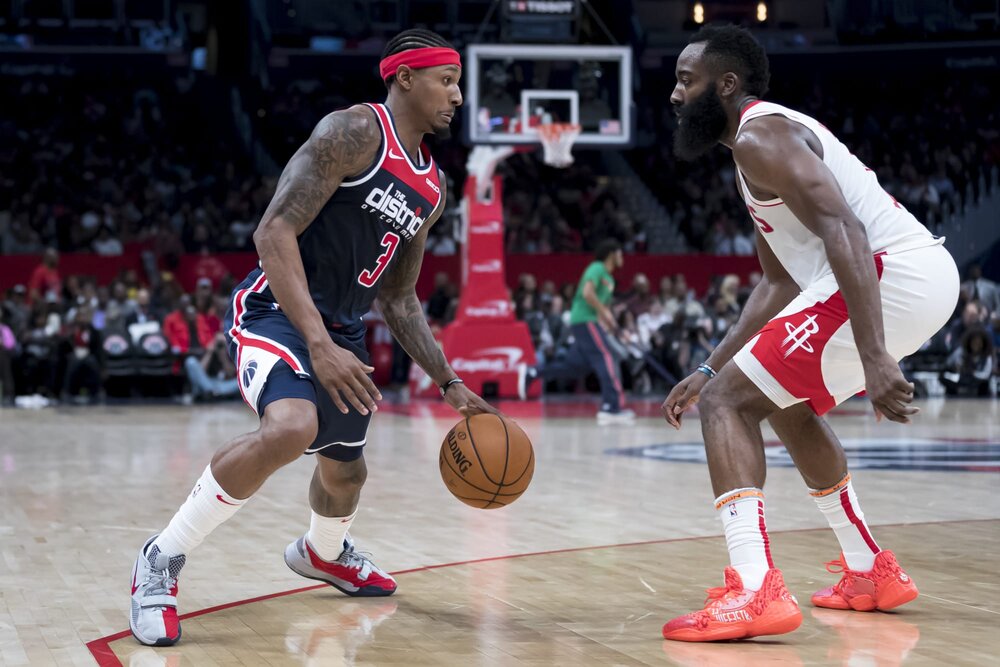 Harden will now be moving to the East, where he will clash heads with Wizards star Bradley Beal. (Photo via FanSided)

The James Harden saga has finally ended. After a night of finger-pointing within the Rockets players, Houston has finally gotten rid of Harden, shipping him to the Brooklyn Nets as a major part of a four-team trade. If you have just checked in on your social media app, here are the full details of the long-awaited trade via Shams Charania of The Athletic.

This concludes Harden’s long eight-year tenure with the Rockets, a productive span in which he earned eight All-Star appearances, a trip to the Western Conference Finals, and a regular-season MVP plum. Despite this unceremonious end to their partnership, Harden’s stay in Houston was obviously fruitful for both parties.

It was a big trade, to say the least, and NBA stars chimed in their thoughts on what just went down in the league.

Just like the Rockets, the Washington Wizards are also struggling to rack up the wins this season despite Beal putting up eye-popping numbers of 34.9 points and 5.0 assists per game. If this downward trend continues for the Wizards, it won’t come as a surprise if Beal also gets traded soon.

It was in 2013 when the Nets drained their future assets to invest on an aging trio of Pierce, Kevin Garnett and Jason Terry. The risk didn’t pay off as that veteran team failed to make some noise when it mattered most in the playoffs. Pierce, who was the centerpiece of that deal, was still surprised by this recent Harden trade.

McCollum, who is currently riding a red-hot scoring streak for the Portland Trail Blazers, pointed out to basketball as a very entertaining sport. After this roller-coaster ride that Harden and the Rockets just went through, how else would you describe basketball?

Right before my nap huh . Most entertaining sport in the business

A live look at the NBA right now…. pic.twitter.com/kdYIJqY2TC

It’s about to go down