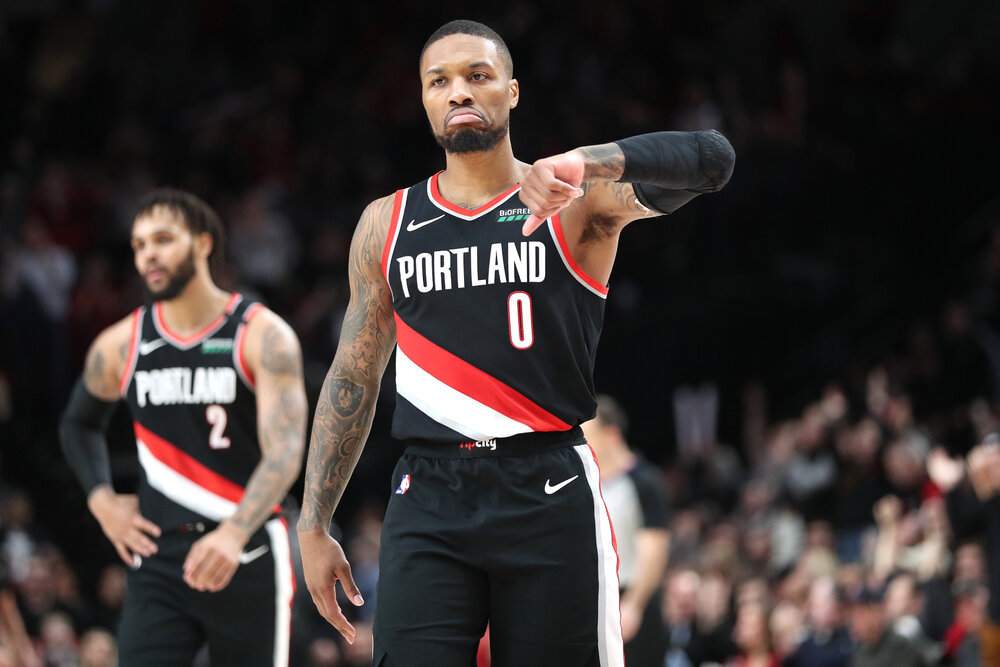 Lillard also added 3 rebounds, 12 assists, 2 steals, and knocked down eight three-point shots to bring home the win. Bosnian big man Jusuf Nurkic had a solid game of 22 points, 10 rebounds, 3 assists, and 1 steal, while C.J McCollum tallied 25 points, 4 rebounds, 7 assists,3 steals, and 1 block, although he was cold from distance evidenced in his 0-6 three-point clip.

The Nets had a 7-point lead entering the final frame before the Blazers took the lead in the 8:13 mark, courtesy of a couple of free throws from McCollum. It was a see-saw battle for the entire fourth quarter, with both teams exchanging crucial baskets.

Offensive rebounds became the key to this game. Despite the size advantage of the Blazers, the Nets secured a lot of key offensive boards to keep the game close up to the final buzzer. The Nets also tried to put a stop on Lillard, double-teaming the five-time All-Star once he crossed the half-court line. The strategy did little to contain Lillard and later on backfired to the Nets through the crucial baskets from Anthony, Trent Jr, and Nurkic.

Down by 4, 134-130, with under a minute left, Brooklyn leaned on rising star LeVert, who cut the deficit down to 1 with 37.7 seconds remaining. The Blazers had a chance to get a game-sealing basket, but Carmelo Anthony was not able to drain the three-point attempt.

LeVert had a last shot to eliminate the Blazers out of playoff contention, but was not able to convert the step back shot over McCollum as the time finally expired.

With Portland’s win, the streaking Devin Booker and Phoenix Suns are officially eliminated. The play-in for the last playoff spot in the West is now set between the Blazers and the Memphis Grizzlies.