The undefeated Phoenix Suns continue to bank on Devin Booker’s scoring as they defeated the depleted Philadelphia 76ers, 130-117. 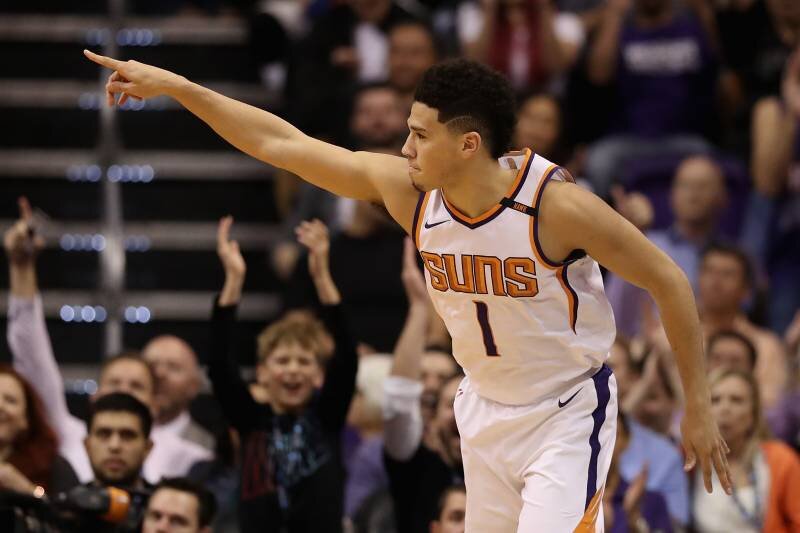 With his all-around stat line of 35 points, 9 rebounds and 7 assists, Booker has broken team record and is now the Suns’ all-time leader in number of 30-point performances. Booker again found his way to the charity stripe as he drained 11 of his 12 trips to the free throw line.

Mikal Bridges added 24 markers built on a stellar 80% shooting from the field. Dario Saric had his own versatile showing of 18 points, 9 boards and 5 dimes, while starting point guard Ricky Rubio chipped in a double-double outing of 16 points, 10 assists and 5 rebounds.

Phoenix actually started the game sluggishly as they trailed Philly after the opening frame. But their offense turned up a notch in the second quarter, putting in 40 total markers to swing the momentum. It wasn’t the best defensive performance that the Suns put up as a team, but their efficiency in the offensive end bailed them out.

Alec Burks and Raul Neto led the charge for the Sixers with 23 and 22 points apiece. Stretch power forward Mike Scott hit three treys on his way to 17 markers in the loss. With Ben Simmons and Joel Embiid already out with injuries, Philadelphia also opted to give key cogs Al Horford, Josh Richardson and Tobias Harris their much-needed rest.