Devin Booker goes off for a game-high 35 to lead the undefeated Phoenix Suns to a crucial 128-101 win over Chris Paul and the Oklahoma City Thunder. 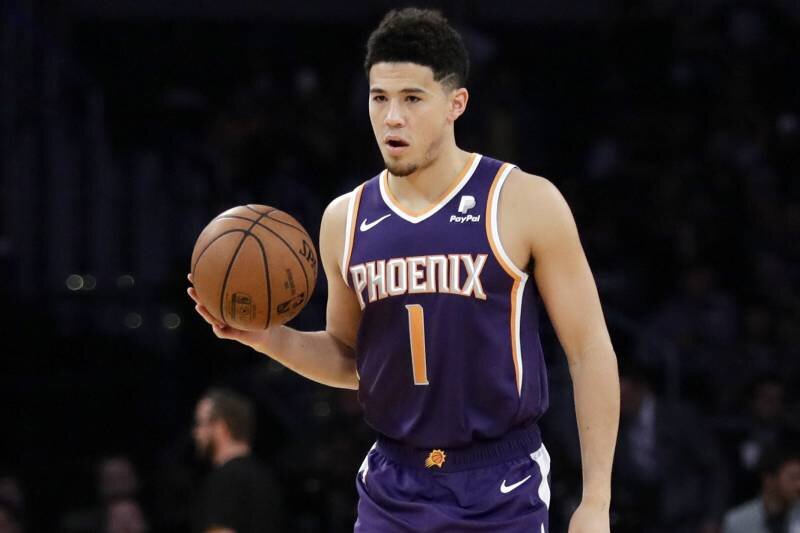 Along with his 35 markers, Booker also added 5 rebounds, 4 assists and 2 blocks to his name. The young star also drained three triples, and went perfect in his 14 trips to the free throw line. Booker was hitting everything he was throwing, including this near half-court shot to beat the shot clock.

DEVIN BOOKER FROM THE LOGO pic.twitter.com/i6KBHwY7xD

Cameron Johnson and Mikal Bridges contributed to the winning cause by coming up with 18 points apiece, while veteran power forward Dario Saric notched 16 points and 9 boards. Cameron Payne continues his effective play off the bench by chipping in an all-around stat line of 14 points, 6 rebounds, 5 dimes and 3 steals.

Despite the result, it was not a cruise for the playoff-chasing Suns. The Thunder built an early 14-point lead after the first quarter, but Phoenix fought back and even led by one after the second period. The Suns would continue the blitz, as they held the Thunder to only 17 total markers in the third quarter.

Darius Bazley led the charge for the Thunder with a double-double outing of 22 points and 10 rebounds, while Chris Paul displayed his usual court generalship prowess and finished with 14 points, 5 boards and 7 assists. It was a disappointing loss for the Thunder, who started out the game with a 37-23 lead.