Butler, Adebayo Combine for 44 as Heat Cruise Past Jokic and Nuggets

Fellow All-Stars Jimmy Butler and Bam Adebayo scored 22 points apiece as the Miami Heat bagged their first victory in the NBA Restart against the Denver Nuggets, 125-105. 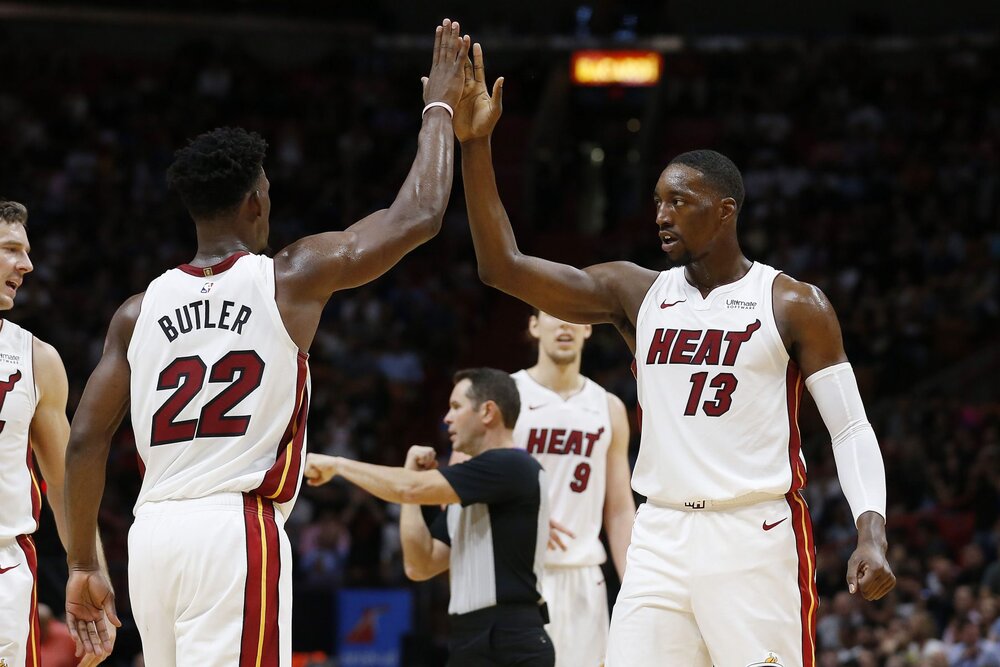 Butler added 4 rebounds, 7 assists, 3 steals while Adebayo recorded 9 rebounds, and 6 assists. The Heat led by as many as 28 points as they received pivotal performances from other members of the team.

Aside from Olynyk’s 20-point 4th quarter eruption, the South Beach squad also leaned on the offensive contributions from shooter Duncan Robinson, Slovenian guard Goran Dragic, and Rookie of the Year candidate Kendrick Nunn, who all scored in double digits with 17, 13, and 11 respectively. Former Warrior and 3-time NBA Champion Andre Iguodala was only seen for 14 minutes, scoring 3 markers.

Both Miami and Denver are considered as the darkhorses on their respective conferences as the playoffs comes at hand. Miami currently sits at the 4th spot in the Eastern Conference, and is only 1.5 games behind the Boston Celtics. The Nuggets, on the other hand, look to snatch the 2nd seed from the Los Angeles Clippers, who lost their first game against the Los Angeles Lakers.