The Boston Celtics banked on their stringy defense as they carved a convincing 111-89 Game 5 win to take the 3-2 lead in their Eastern Conference semifinals face-off with the Toronto Raptors. 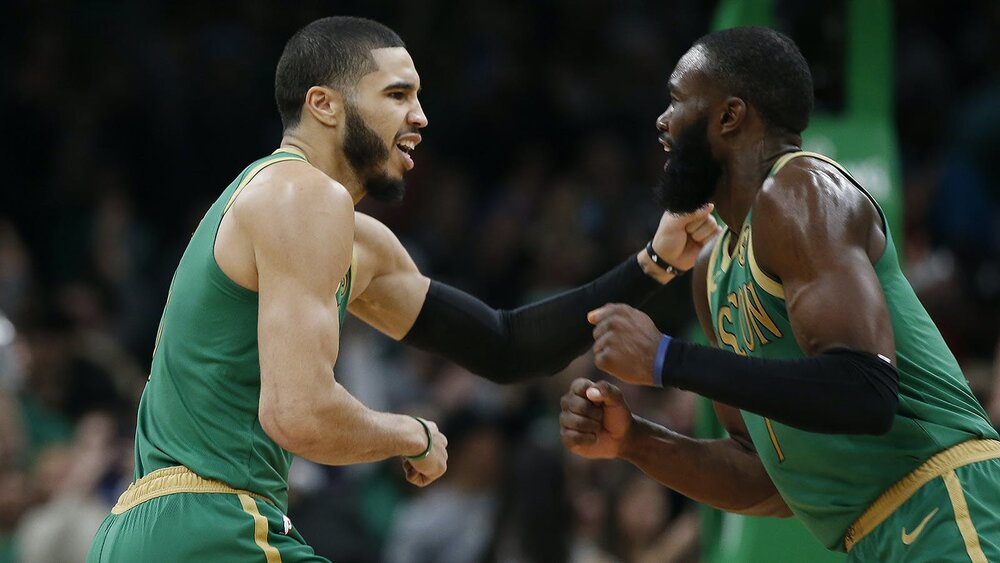 Coming off two straight losses, the Celtics came into Game 5 ready and locked in. Jaylen Brown led all scorers with his 27 markers, while All-Star point guard Kemba Walker produced 21 points, 4 rebounds and 7 assists. Jayson Tatum hauled in a double-double night of 18 points and 10 boards as Boston takes a 3-2 lead in their series against the defending champs.

The Celtics prepared their defensive game plan well as they limited the Raptors to only 11 total points in the opening quarter. That masterful defensive stand set the tone for the whole game as the defending champs failed to eclipse the 90-point mark for the first time in the 2020 playoffs.

On the other hand, the Celtics attacked aggressively on offense, going to the free throw line 27 times and norming an efficient 49% overall clip from the field. They pounded a taller Raptors frontcourt in the paint, highlighted by this powerful facial dunk from Brown.

Fred VanVleet led the charge for Toronto with his 18 points and 5 assists, while Norman Powell came off the bench to pour in 16 markers. But the defending champs failed to receive timely contributions from their two All-Stars as both Pascal Siakam and Kyle Lowry only chipped in 10 points apiece.