Behind their masterful defensive stand, the Los Angeles Clippers came away with a 96-85 Game 4 victory over Nikola Jokic and the Denver Nuggets. 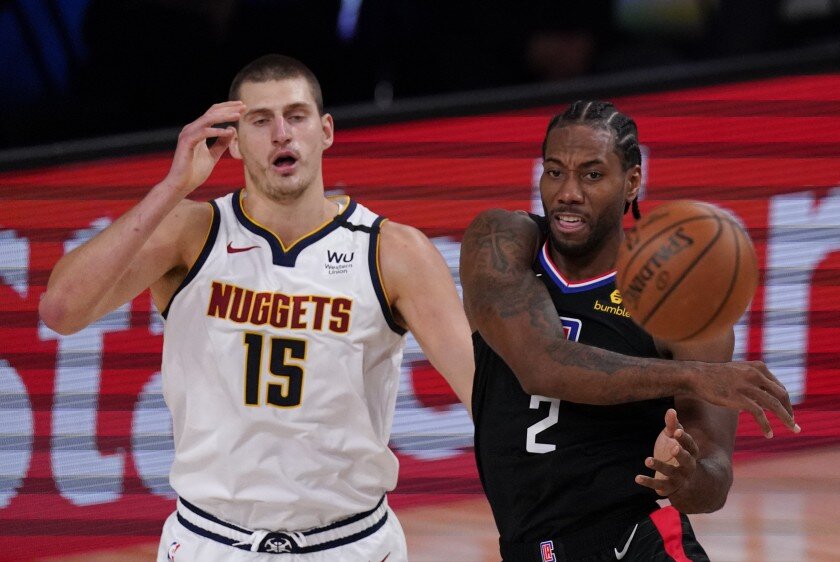 Kawhi Leonard poured in an all-around performance to lead the Clippers past the Nuggets in Game 4. (Photo by Mark J. Terrill/AP)

Leonard stuffed the stat sheet with his game-high 30 markers, to go along with his 11 rebounds, 9 assists, 4 steals and 2 blocks. Six Clipper players scored in double digits, with reigning Sixth Man of the Year Montrezl Harrell chipping in 15 points off the bench.

The Clippers held the Nuggets to only 12 total points in the first quarter, an excellent indicator of how stringy the Clips’ defense was in Game 4. That opening quarter defense set the tone for the whole night as the Clippers played the passing lanes well, and made it tough for Denver’s supporting cast to provide enough help for star big man Nikola Jokic.

Los Angeles only made eight of their 28 tries from beyond the arc, but their aggressiveness inside the paint paid dividends. The Clippers had 30 trips to the free throw line, with Leonard producing a perfect 8-8 clip from the charity stripe. Only Leonard eclipsed the 20-point mark in the win, but the team’s collective effort on the defensive end was the X-factor.

Jokic hauled in a double-double outing of 26 points and 11 boards, while Jamal Murray contributed 18 points and 7 assists. However, the crucial turnovers they both committed in the fourth quarter prevented the team from potentially mounting a comeback.