Paul George and the Los Angeles Clippers put up a defensive stand in the fourth quarter as they escaped the Denver Nuggets with a 113-107 Game 3 victory. 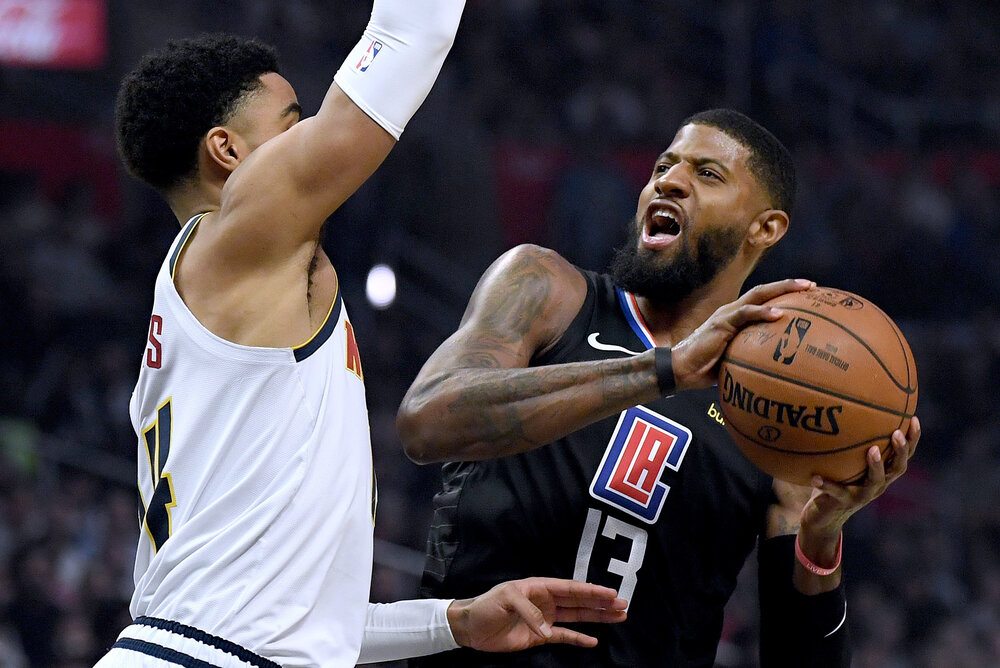 George racked up 32 points to lead the Clippers past the Nuggets in Game 3. (Photo by Harry How/Getty Images)

It was a close-call game throughout the night, but the Clippers’ defense clicked in the final frame as they escaped the Nuggets in Game 3 of their Western Conference semifinals match-up. Paul George came up big with his 32 points, 4 assists and 2 steals, while co-star Kawhi Leonard pulled in a double-double performance of 23 points, 14 rebounds, 6 dimes and 2 blocks.

It was a tightly-contested affair the whole game as superstars from both teams showed out with their offensive arsenal. Denver’s Nikola Jokic already had 10 points, 5 rebounds and 7 assists in the opening frame alone, while George matched him with a 17-point showcase in the first half.

But it boiled down to who will make the crucial defensive stops in the fourth quarter. The Clippers contained the Nuggets in regulation, limiting them to only 19 points in that stretch. A Kawhi block on a Jamal Murray dunk attempt highlighted the Clips’ solid defensive stand in the payoff period.

Kawhi out here blocking people with his middle finger pic.twitter.com/CDKfL5uS8o

Jokic finished the game with 32 points, 12 boards and 8 dimes, while Michael Porter Jr. came through with 18 points, 10 rebounds and 3 steals. Jamal Murray struggled with his offense, making only five of his 17 tries from the field.