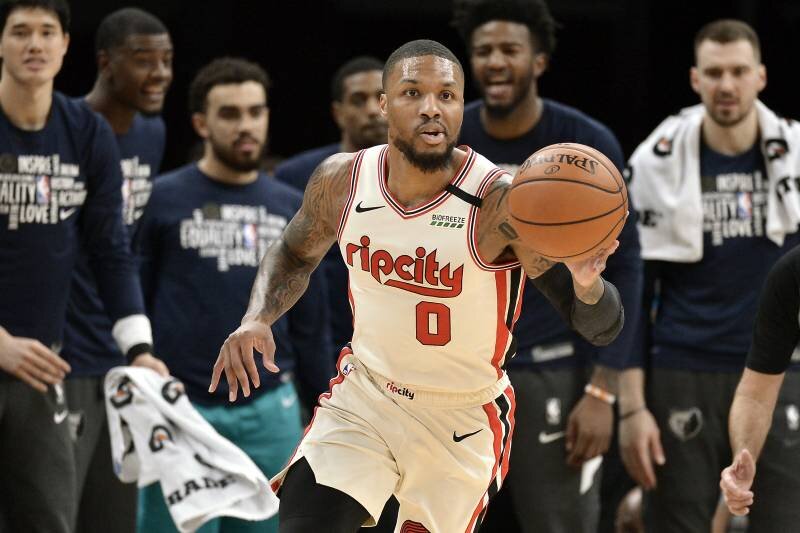 It’s a special day for the eight-seeded teams as the Blazers maintained their composure in the fourth quarter, made the defensive stops when it mattered the most, and drained their shots to seal the victory against the Lakers. Lillard led the charge for Portland, tallying a game-high 34 points, 5 rebounds and 5 assists, including six makes from beyond the arc.

With a see-saw kind of affair happening in the final frame, Lillard would launch a long trifecta to start a barrage of Blazers’ three-pointers in the waning minutes. Dame would be double-teamed in the following possession, but found a way to thread a pass to a wide-open Carmelo Anthony, who then drilled a wing triple. Gary Trent Jr. followed suit the next play and also hit a three-pointer from the same spot.

CJ McCollum backstopped Lillard with his 21 markers, while Jusuf Nurkic pulled down a double-double outing of 16 points and 15 boards. Hassan Whiteside only had seven points off the bench, but was instrumental with his 8 rebounds and 5 blocks. Anthony contributed 11 points and 10 boards, including multiple stops on defense.

LeBron’s massive triple-double showcase of 23 points, 17 rebounds and 16 assists was spoiled by the loss. Anthony Davis also chipped in 28 points and 11 boards, but it was the Lakers’ shooting that proved to be a non-factor. The Lakeshow only made five of their 37 total attempts from three-point territory, something that they couldn’t afford to do again in Game 2.