In his rookie year with the Los Angeles Lakers during the 2015-16 season, D’Angelo Russell claims that he never saw Kobe Bryant during the team’s practice sessions. 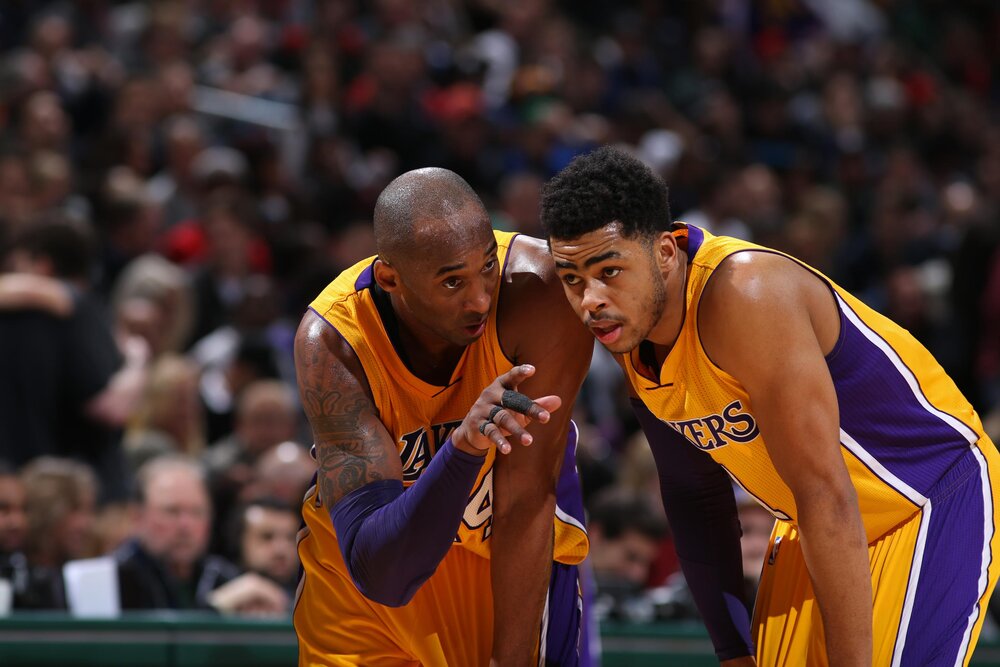 Russell’s rookie season with the Lakers was Kobe’s last year in the NBA. (Photo by Gary Dineen/Getty Images)

During a recent episode of The Old Man and the Three podcast hosted by New Orleans Pelicans shooting guard JJ Redick and Tommy Alter, young All-Star D’Angelo Russell looked back at his career, including his fondest memories with the late great Kobe Bryant.

The Minnesota Timberwolves star guard also revealed that during his rookie year with the Los Angeles Lakers, he never saw Kobe during the team’s practice sessions. Of course, this is not that much of an issue as Kobe was on his farewell season that year, and NBA vets aren’t really expected to participate in team practices.

“First of all, he (Kobe) was never in practice,” Russell told Redick and Alter. “I would only see him maybe during game days. It was a thing where he was like Batman. You never knew when he will show up.“

However, Russell would also reiterate that Kobe was always available to answer his questions about the game. The great Lakers legend has established excellent relationships with the league’s young stars, and he doesn’t hold back in providing motivation and giving them advice to be successful on and off the court.

Russell, who is now on his fifth year in the league, spent only two seasons with the Lakers before being traded to the Brooklyn Nets in 2017. D-Lo would become an All-Star in his second year with the Nets, although he figured in a sign-and-trade deal that landed him in Golden State last summer.

The Warriors would then move Russell to Minnesota last February, paving the way for him to join his close friend Karl-Anthony Towns and become the cornerstone of the Wolves franchise.

To dive in more on Russell’s conversation with Redick and Alter on The Old Man and the Three podcast, just click on the Spotify link below.

PrevPreviousLakers finish Rockets to advance to the Western Conference Finals
Next2020 NBA Playoffs: LeBron puts on the finishing touches to lead Top PerformersNext