The Los Angeles Lakers may be without injured star Anthony Davis when they go up against Kawhi Leonard and the Los Angeles Clippers on July 30. 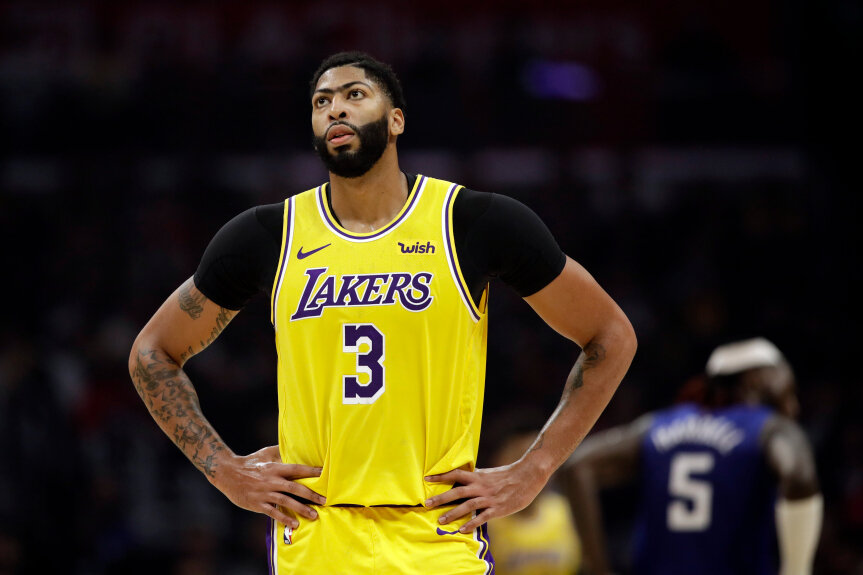 Davis missed the Lakers’ most recent win against the Washington Wizards, and it’s becoming apparent that he may sit out another game. After getting poked in the eye, the seven-time All-Star exited early during Saturday’s tune-up game against the Orlando Magic.

Now, it’s being reported by Kyle Goon of The Orange County Register that there’s a possibility that Davis may also miss the Lakers’ official season restart opener against the Clippers. Head coach Frank Vogel said that their star big man is on a day-to-day basis and is still “dealing with discomfort.“

“He’s day to day and while he’s still dealing with discomfort, there is some concern that he could potentially not play Thursday,” Vogel said. “But we’re hopeful that he does and we’ll see how that plays out.”

While this is not a major issue to be concerned about, the Clippers game could be a great measuring point for the Lakers to gauge their current performance and chemistry. The team is already without backcourt vets Avery Bradley and Rajon Rondo, with the latter recovering from a thumb injury he sustained in practice.