Heat Close Out Giannis-less Bucks, Move on to the Eastern Conference Finals

The Miami Heat completed a stunning upset of the league-leading Milwaukee Bucks as they booked a seat in the Eastern Conference Finals and await the winner of the Celtics-Raptors series. 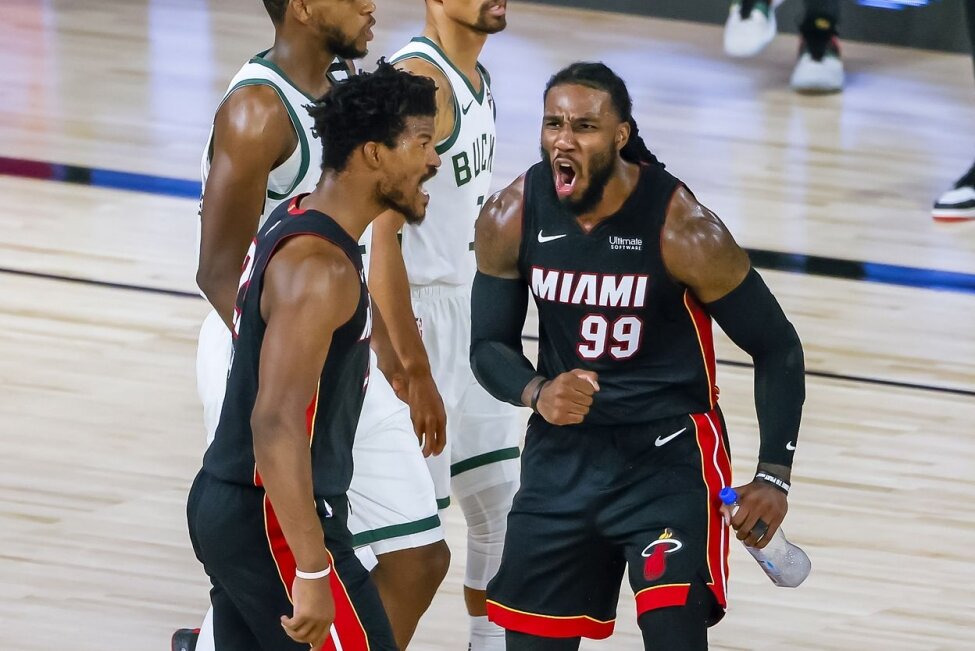 Jimmy Butler and the Miami Heat pulled off a stunning upset of the league-leading Milwaukee Bucks. (Photo by Erik S. Lesser/EPA-EFE)

After six long years, the Heat is back at the Eastern Conference Finals. With a 103-94 Game 5 victory over a Giannis Antetokounmpo-less Bucks squad, Miami has moved on to the next round of the playoffs. Jimmy Butler led the Heat’s balanced offensive attack, finishing with 17 points, 10 rebounds and 6 assists.

But even with the reigning MVP sitting out the game due to an ankle injury, the Bucks stormed right out the gates in the opening quarter. Milwaukee built a nine-point lead after the first period as their defense contained the Heat’s attack. But the Heat would return the favor, outscoring their opponents, 33-18, to take six-point advantage entering the second half.

The Bucks would be within striking distance the rest of the way, but the loss of Giannis was too much to overcome. Miami saw six of their players put up double digits in the scoring column. Rookie hotshot Tyler Herro produced an all-around stat line of 14 points, 8 boards and 6 dimes, and made timely plays in the fourth quarter including this no-look assist to a cutting Andre Iguodala.

Tyler Herro got dimes in his bag

All-Star swingman Khris Middleton topscored for the Bucks with his 23 points, 7 rebounds and 6 assists, while Brook Lopez hauled in a double-double of 15 points and 14 boards. The loss eliminates Milwaukee from the postseason, triggering an intriguing offseason that could make or break Giannis’ future with the team.