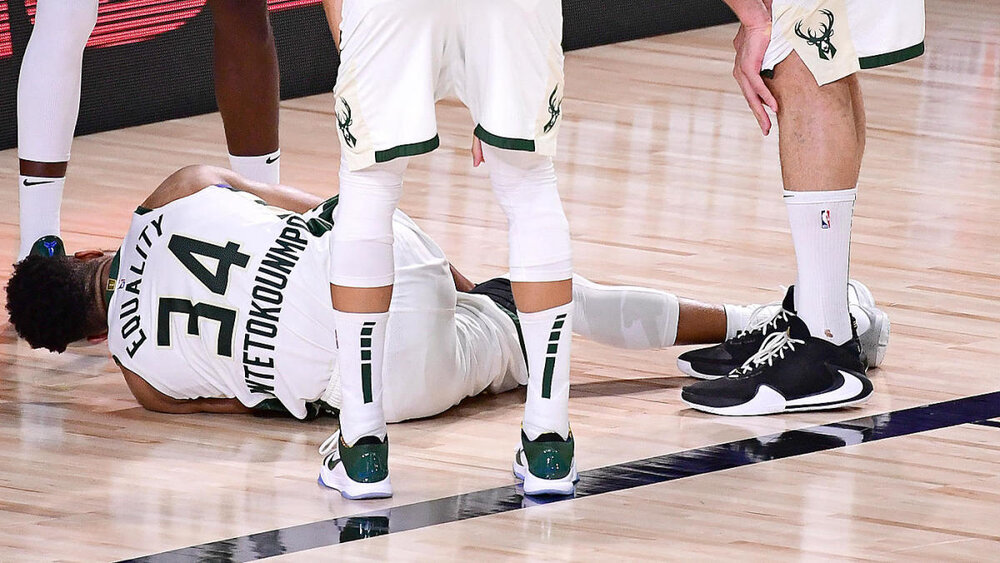 After a morale-boosting win that helped them avoid an early vacation, the Bucks now pin their hopes on the fast recovery of their superstar forward. Antetokounmpo only logged in eleven minutes in the Game 4 win after re-aggravating an ankle injury that hampered his performance in Game 3.

Despite playing through the injury in the first half, Antetokounmpo amazingly put up 19 markers, going 8 out of 10 from the field and did not commit a single turnover. To give the Greek Freak’s brave stand more emphasis, people within the Bucks organization didn’t even expect him to play at all in Game 4, per Adrian Wojnarowski.

After leaving Game 4, Giannis Antetokounmpo was encouraging the Bucks to tape up his right ankle and let him return — but he couldn't plant or jump off the sprain, per sources. Around the Bucks, many didn't expect he could play today. No one dares rule him out yet for Game 5.

Fortunately for Giannis, his teammates had his back. Fellow All-Star Khris Middleton poured in a game-high 36 markers in the win, to go along with his 8 rebounds and 8 assists. It was a gallant stand by a depleted Bucks squad, but Giannis’ possible total absence in a do-or-die Game 5 could send them home packing.

As for the Heat, they have three more opportunities to close out the series. Bam Adebayo’s all-around stat line, coupled with Tyler Herro’s clutch triples, could have given them the win. But then again, it all boils down to main star Jimmy Butler’s ability to become an aggressive scorer in the crucial moments. Butler had 17 points in the loss, but disappeared in the fourth quarter and in the overtime period.