Jokic, Nuggets Recover from Game 1 Loss to Beat Clippers and Even the Series, 1-1

Nikola Jokic piled up a huge double-double to lead the Denver Nuggets in a huge win and even the series with one game apiece against Kawhi Leonard and the Los Angeles Clippers. 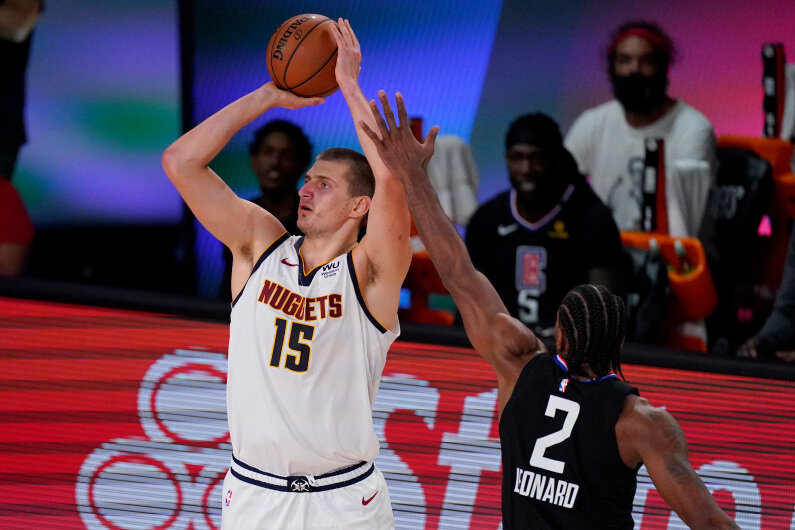 The Joker finished the game with 26 points, 18 rebounds, 4 assists, and 3 blocks as the Nuggets returned the favor to the Clippers, 110-101. Canadian rising star Jamal Murray contributed 27 points, 3 rebounds, 6 assists, 2 steals, and 1 block. The Nuggets built a 44-25 first quarter spread and never looked back.

After a lowly performance in their match up against the Dallas Mavericks, Paul George is starting to get back to his groove as he amassed 22 points, 8 rebounds, 3 assists, 2 steals, and 2 blocks. George’s fellow superstar Kawhi, however, had a literal quiet offensive night as the 2019 Finals MVP recorded 13 points, 10 rebounds, 8 assists, 3 steals, and a block in a lowly 4 of 17 field goal shooting, including a 0-3 clip from the three-point area.

With Kawhi struggling offensively, Croatian big man Ivica Zubac showed some offensive promise as he scored 15 points and grabbed 9 rebounds in the defeat.

The Nuggets controlled the game early on and led by as many as 23 points, before the Clippers attempted a comeback and cut the deficit down to 8 with less than two minutes left in the 4th quarter. The Clippers never tasted a lead all game long, and the Nuggets always had an answer when the LA-based squad knocked for a comeback. Nuggets guard Gary Harris drilled a couple of three-balls to extinguish Clippers’ mini-runs late in the game to secure the win.

With the first two games resulting in a wide spread of deficits, both squads will have to go back to their drawing boards, and adjust their game plans.