LeBron, AD combine for 62 in Lakers’ Game 2 win over Rockets

The Los Angeles Lakers leaned on their two superstars as they hacked out a 117-109 win to even their Western Conference semifinals match-up against the Houston Rockets. 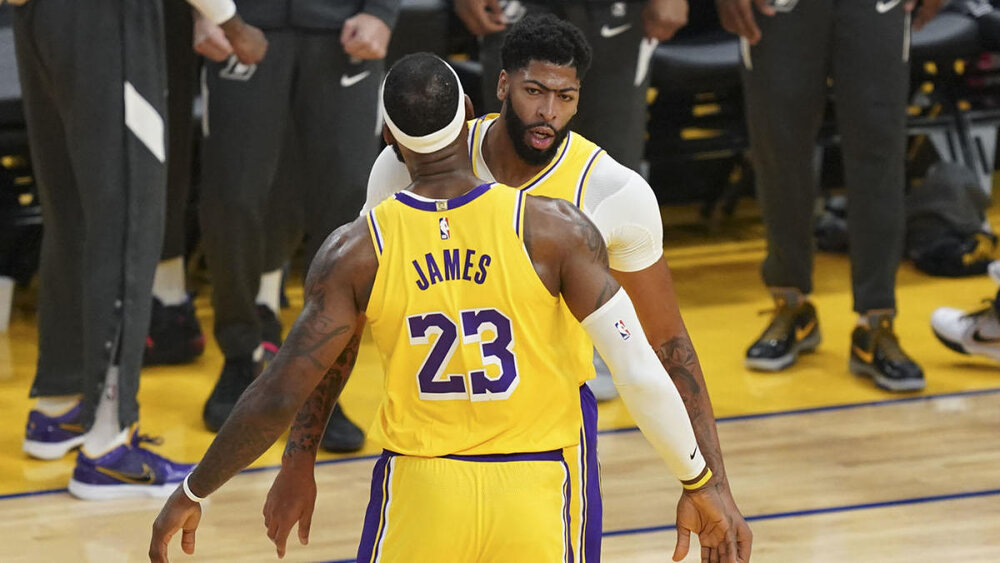 Lakers’ LeBron James and Anthony Davis willed the team to a Game 2 win over the Rockets. (Photo by Kyle Terada/USA TODAY Sports)

In a must-win game to avoid a 0-2 hole against the Rockets, the Lakers banked on their two stars to even the series with one win apiece. Anthony Davis led all scorers with his 34 markers, while also adding 10 rebounds and 4 assists. LeBron James was one assist shy of a triple-double, finishing with 28 points, 11 boards, 9 dimes, 4 steals and 2 blocks.

The Lakers came into the first quarter with a sense of urgency. Their defense locked down the Rockets to just 20 total points in the opening frame as the Lakeshow built an early 16-point lead. But the Rockets would come storming back in the third quarter as they completely erased the Lakers’ double-digit advantage.

Houston put up a masterful display of offense to start the second half, finishing the third quarter with 41 total markers and entered the payoff period with a two-point lead. But the Lakers would refuse to go down as they turned it up a notch again on the defensive end. A LeBron turn-around jumper at the top of the key with a little below a minute remaining on the game clock sealed the crucial win for the purple-and-gold.

Lakers even the series at 1-1 pic.twitter.com/55ThOAVCGD

James Harden topscored for the Rockets with his 27 points, while Eric Gordon chipped in 24. Russell Westbrook had a double-double in the loss, but his inefficient 27% clip from the field and his seven turnovers did not help the team’s cause. The Rockets should also perform better on defense as the Lakers produced a stellar 56% shooting clip in Game 2.