Behind Damian Lillard’s 61-point detonation over the Dallas Mavericks, the Portland Trail Blazers moved to the 8th spot in the Western Conference standings. 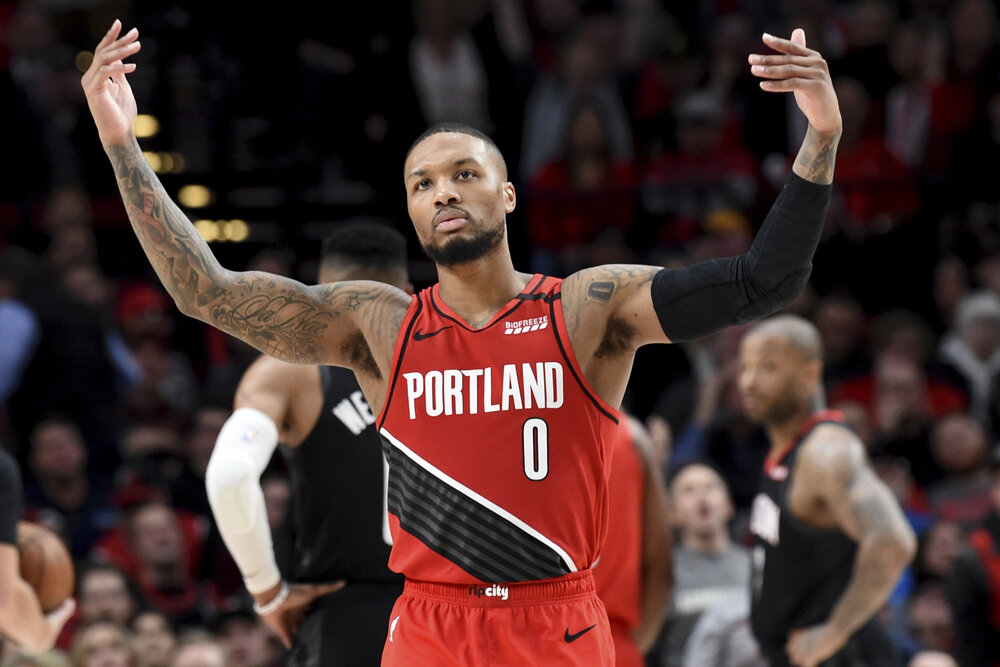 On top of his game-high 61 markers, Lillard also chipped in five rebounds and eight assists to will the Blazers to a thrilling, offense-powered victory over Luka Doncic and the Mavericks. With this amazing show, Lillard also becomes the first player in league history to put up multiple 60-5-5 games.

Damian Lillard is the only player with multiple games of 60 Pts, 5 Reb and 5 Ast in NBA history. pic.twitter.com/JALLCY3kcY

Veteran star Carmelo Anthony also contributed a near double-double performance of 26 points and 8 boards, including a couple of crucial three-pointers in the fourth quarter. Zach Collins and Gary Trent Jr. both had 11 markers off the bench as the Blazers snatched the 8th seed from the Memphis Grizzlies.

The final period was a display of long-range marksmanship from both teams, capped by Lillard’s long three-pointer that first bounced off the rim before eventually going in. The Blazers star then followed it up with a drive and pass to Hassan Whiteside, who gave the team the lead for good with an easy dunk.

Kristaps Porzingis led the Mavericks with his team-high 36 markers, but fouled out in the most crucial seconds of regulation. Doncic put in his usual all-around stat line of 25 points, 8 boards and 10 dimes. Tim Hardaway Jr produced 24 markers and Dorian Finney-Smith fired three treys on his way to 15 points.

The Mavericks had the chance to take the lead, but a Finney-Smith made three-pointer was waved off after Trey Burke was called for an offensive foul on Lillard.