The Philadelphia 76ers banked on a Shake Milton game-winning three-pointer to hold off the San Antonio Spurs, 132-130. 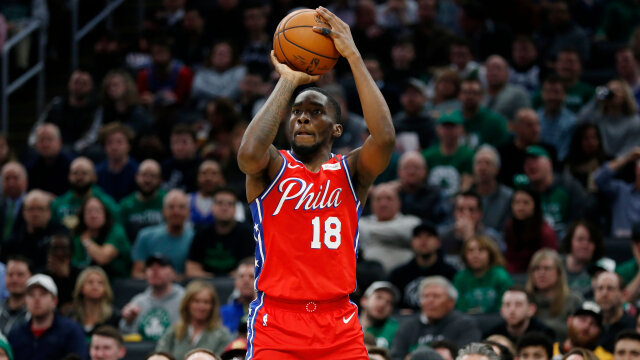 Milton scored 16 markers in the win, including the crucial wing triple to give the Sixers a one-point lead with only six seconds left on the clock. Star big man Joel Embiid notched a team-high 27 points, to go along with his 9 rebounds and 5 assists. Tobias Harris remained consistent with his scoring as he finished with 25 points, 6 boards and 4 dimes.

With a 12-point lead entering the final frame, it looked like the Sixers will cruise to the win. Instead, the Spurs mounted a furious comeback and even had a four-point advantage after DeRozan converted on a strong drive with a little below two minutes remaining.

It would be a back-and-forth affair in regulation as Spurs guard Derrick White split his free throws to give his team a 130-128 lead with the shot clock already turned off. The Sixers would then draw up a play for Embiid on the post, but Al Horford found a pass too risky as Spurs center Jakob Poetl was covering Embiid well. Horford would then pass the rock to a wide open Milton at the wing, and the young Sixers shooter came up clutch.

DeRozan led the charge for San Antonio with a game-high 30 markers, while Rudy Gay came off the bench to tally 24 points and 4 boards. White put up 20 points and 3 assists, and his backcourt partner Dejounte Murray chipped in 13 points, 6 rebounds and 2 steals.

Ben Simmons was quiet for the Sixers, only coming up with 8 points and 5 assists. The lefty point forward also fouled out with two minutes remaining in the fourth quarter.