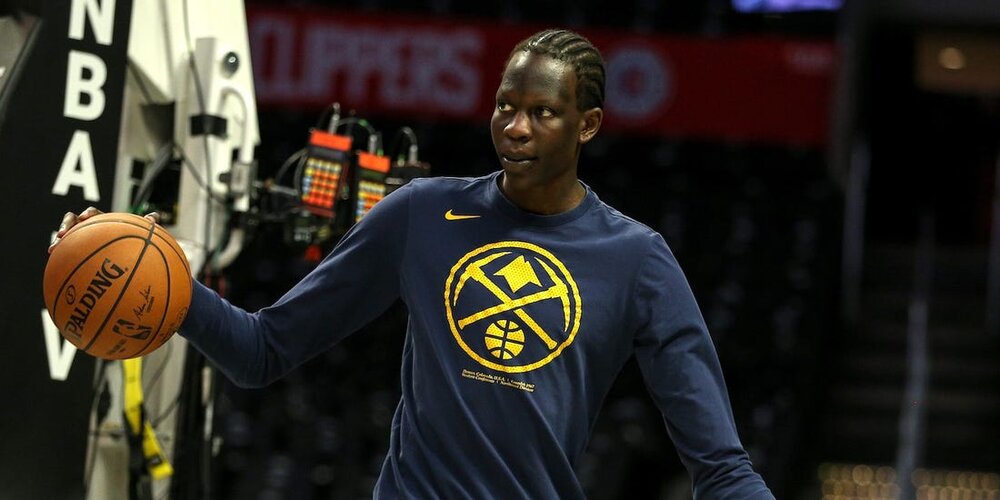 With a stat line of 16 points, 10 rebounds and 6 blocks, it was nothing short of an exhilarating debut for the Nuggets’ first-year center. He was part of the team’s all-big man starting line-up, and he flourished right away. The lanky center did everything from chasing down shots, pulling down the rebounds, and drilling pull-up three-pointers. It’s safe to say that Bol stole the show in Day 1 of the season restart scrimmages.

The three-time Sixth Man of the Year was again wheeling and dealing, leading the depleted Clippers squad to a 99-90 victory over the Orlando Magic. Williams topscored for the team with 22 points on an efficient 54% clip from the field. He constantly bailed out the Clippers’ offense with his shot-making, although we might wait until we again see his pick-and-roll partnership with Montrezl Harrell. (Video courtesy of Z. Highlights)

It was clear from the get-go that Robinson’s long-range marksmanship didn’t have any rust as he made two straight trifectas to start the Heat’s win against the Sacramento Kings. He went on to score 18 total markers, all coming from his five made triples and a perfect 3-3 clip from the free throw line.

With Bogdan Bogdanovic not actively looking for his shots, Hield made the most of the opportunity and did what he does best. Hield came off the bench to put up a team-high 19 points on 50% shooting, and grabbed five boards along the way. It remains to be seen when De’Aaron Fox will be coming back from the ankle injury he sustained in practice, but Hield will gladly accept more workload on offense.

Despite the loss against the Clippers, the former All-Star center did his work as always. Vucevic came away with a double-double outing of 18 points and 10 boards, to go along with three assists and two three-pointers. Vucevic is never a flashy operator on the block, but he always gets the job done, just like today.

Overshadow by the hype that Bol Bol attracted, Hachimura’s performance in the Wizards’ loss to the Nuggets should not be overlooked. The rookie combo forward notched a near double-double stat line of 18 points and 9 rebounds. He also made a three-pointer, and missed only one of his six trips to the free throw line. With Bradley Beal and Davis Bertans sitting out, Hachimura should be Washington’s primary scoring option.

George books the final spot in the list, thanks to his extremely efficient showing in the 19 minutes of play he logged in during the Clippers’ win. George produced 18 points, 5 boards and 3 dimes, went 4-8 from deep, and didn’t have a single turnover. With this type of performance, the Clippers will be having a fully-healthy PG13 in the season restart.