Rockets superstar James Harden came up big in a come-from-behind win against Luka Doncic and the Dallas Mavericks to lead today’s best performers from each team. 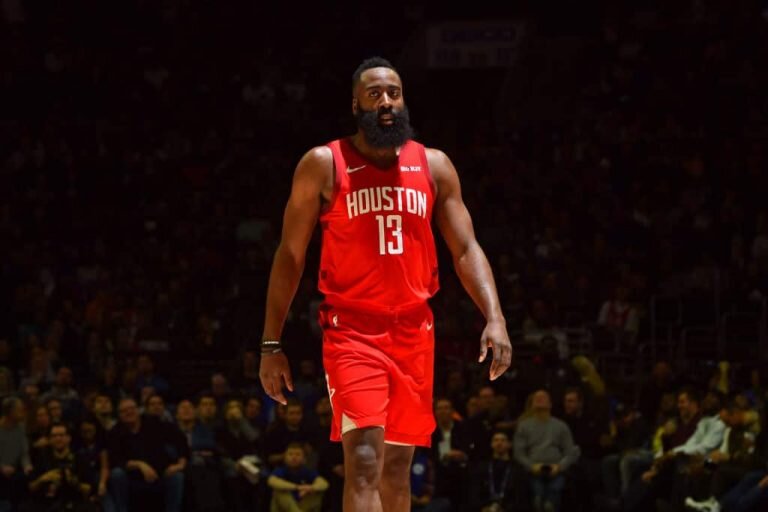 The 8-time All-Star started the game strong, scoring 23 points built on 6 out of 6 shooting in the opening frame. The Arizona State stand out then finished the game with 49 points, 9 rebounds, 8 assists, 3 steals, and 3 blocks to lead the Rockets’ epic comeback against Texas rival, Dallas Mavericks. The Clutch City also leaned on Russell Westbrook’s 31 points, Danuel House Jr’s 20, key defensive stops and a game-tying shot from Robert Covington.

The Latvian forward recorded 39 points, 16 boards, 2 assists, 2 steals, and 1 block in a losing effort against the Rockets. The unicorn’s co-star, Luka Doncic put in a triple-double game with 28 points, 13 rebounds, and 10 assists but came up short in the end game to secure the win. The Mavericks are yet to officially clinch a playoff spot, but are expected to face Kawhi Leonard and the Los Angeles Clippers in the first round of the Western Conference playoffs.

Kings guard De’Aaron Fox had a career night in points, scoring 39 along with 3 rebounds, 6 assists, 1 steal, and 1 block as Sacramento bowed against the San Antonio Spurs, 120-129. Bogdan Bogdanovic contributed with 24 points but the team received a silent game from Harrison Barnes and Buddy Hield who scored 10 and 6, respectively. Sacramento is currently 3.5 games behind the 8th-seeded Memphis Grizzlies, and is trying to end the franchise’s 13-year playoff drought.

The Greek Freak finished the game with 36 points in 70% field goal shooting, as the league-leading Milwaukee Bucks capitalized on the poor production from Jason Tatum to take down the Boston Celtics, 119-112. The MVP frontrunner also recorded 15 rebounds, 7 assists, 1 steal, and 1 block while fellow All-Star Khris Middleton added 18 points, 5 rebounds, 8 assists, and 1 steal. The Cream City looks to carry out the same intensity and winning attitude as the playoffs approach.

The Blazers are looking to unseat the Grizzlies for the last playoff spot in the West after a balanced performance from the Blazers’ stars. The 6’3 McCollum led the way with 33 points, 3 rebounds, 6 assists, and 2 steals, and was supported by the team’s leader Damian Lillard, who amassed 29 points, 5 rebounds, and 9 assists. The Blazers got key baskets from veteran scorer Carmelo Anthony, who finished the game with 21 points to secure the win.

The former Michigan State University standout tallied 33 points, 3 boards, 1 steal, and 1 block in 43 minutes of action against the Blazers. The second-year forward showed offensive potential as the Grizzlies look to secure a coveted playoff spot. Along with Jackson Jr.’s 33-point outing, Rookie of the Year contender Ja Morant added 22 points, 5 rebounds, 11 assists, and 1 steal in a losing effort.

For the first time in 22 years, the San Antonio Spurs are on the verge of not participating in the postseason. But DeRozan has other plans as he led the short-handed Spurs to a much-needed victory against the Kings, 129-120. The former Raptor recorded 27 points, 5 rebounds, and 10 assists in 76.9% field goal shooting. The Spurs are playing without star big man LaMarcus Aldridge, who will sit out the restart due to a surgery to repair his shoulder.

The 2018 1st overall pick amassed 24 points, 12 rebounds, 3 assists, and 2 blocks as the Suns try to chase a playoff spot in the West. The Suns also leaned on the solid contribution from All-Star Devin Booker, who scored 27 despite a lowly 38.1% shooting. The Suns are currently on the 13th spot with 27-39 win-loss slate.

The French shooting guard converted 10 out of his 15 attempts and finished with 24 points and 5 assists to lift the Magic past the Nets, 128-118. The Magic also had a solid output from one-time All-Star Nikola Vucevic, who put up 22 points, 7 rebounds, and 5 assists. Orlando is looking to book their second straight playoff appearance.

The Nets will finish the season without the services of key players Kyrie Irving, Kevin Durant, DeAndre Jordan, and Spencer Dinwiddie, but the young guns are maximizing the opportunities. Despite the loss, Nets forward Timothe Luwawu-Cabarrot showed promise off the bench, recording 24 points, and 5 rebounds in 66.7% field goal shooting. Aside from Luwawu-Cabarrot, the Nets are banking on Caris LeVert and center Jarrett Allen to give the team a successful postseason campaign.

Japanese rookie Rui Hachimura tried to fill in the absence of former All-Stars Bradley Beal and John Wall as the Wizards try to extend their 2020 season campaign. The former Gonzaga standout tallied 21 points and 8 rebounds in a loss against the Suns. The Wizards are 6 games behind the 8th-seeded Magic, and today’s defeat made their chances for the last playoff spot slimmer.