Robinson, Heat Blaze Hot From the Outside to Take Commanding 2-0 Lead Over Pacers

Duncan Robinson and the Miami Heat’s shooters were locked and loaded as they shot the lights out in Game 2 and defeat the Indiana Pacers, 109-100. 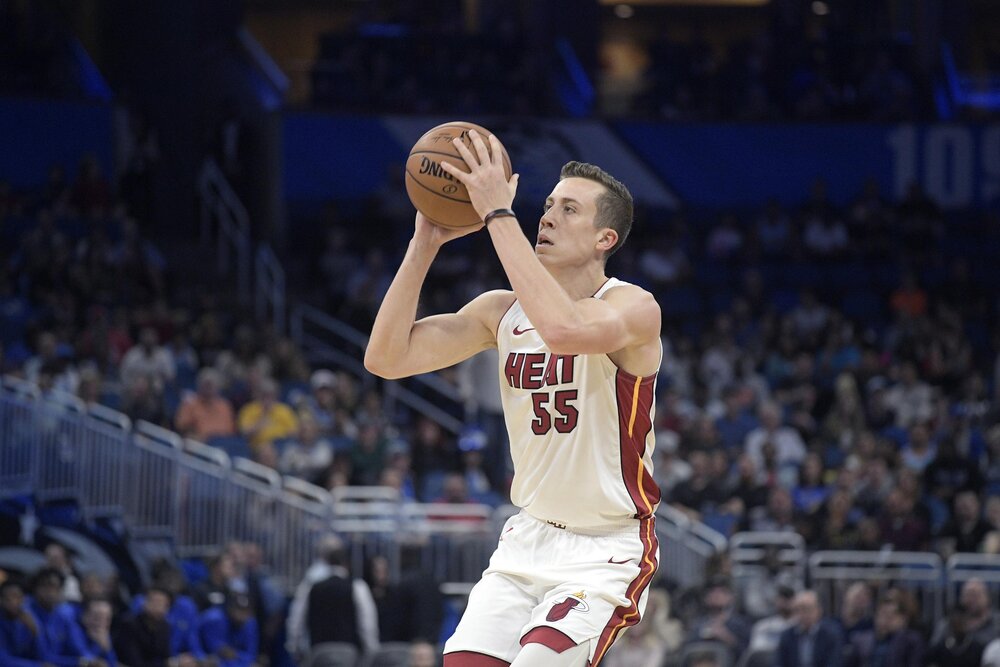 Robinson couldn’t do anything wrong in Game 2 as the young gunner made seven of his eight tries from the three-point line, and finished with a game-high 24 markers. Veteran point guard Goran Dragic also came up big with his shot-making, tallying 20 points, 3 rebounds and 6 assists.

After a see-saw kind of affair in the opening period, the Heat slowly pulled away from the Pacers in the next two quarters. Robinson was instrumental in that run as he made his first six triples, making even the most difficult shots over the outstretched arms of the Pacers’ defenders.

But it was not only Robinson who was flaming hot from beyond the arc. Miami had 18 three-pointers as a team, with rookie Tyler Herro contributing 15 points on three hits from deep. Main star Jimmy Butler chipped in an all-around outing of 18 points, 7 rebounds, 6 assists and 2 steals.

Victor Oladipo led the charge for Indy with his 22 points, 4 dimes and 2 steals, while Malcolm Brogdon and Myles Turner contributed 17 markers apiece. However, the Pacers’ defense was lacking today as they failed to close out on the Heat’s shooters as their opponents made a stellar 51% clip from deep.