Home » Basketball News » NBA » Play in Review: Did the referees miss a crucial technical foul against Nick Nurse in Game 6?

Play in Review: Did the referees miss a crucial technical foul against Nick Nurse in Game 6?

The Toronto Raptors forced a Game 7 with a double-overtime win against the Boston Celtics. However, the win was tainted with controversies following several non-calls, with one play involving Raptors head coach Nick Nurse. 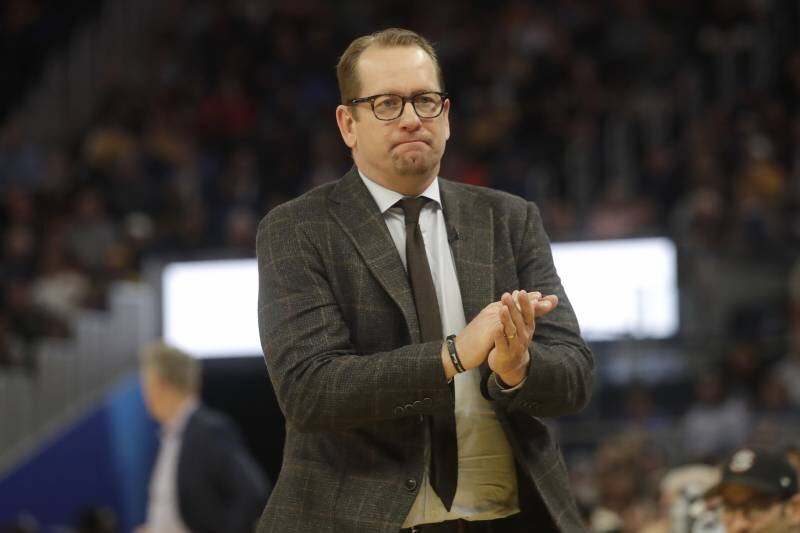 Nick Nurse got involved in a controversial play that led to a Boston turnover in the dying seconds of the 4th quarter. (Photo courtesy of Jeff Chiu/Associated Press)

The 2020 Coach of the Year was seen standing on the sidelines during the 45-second mark in the 4th quarter, which led to a crucial turnover from Celtics’ Jayson Tatum. Even though the play did not necessarily lead to a Raptors win since the game eventually went into double-overtime, the incident sparked some debates on whether Nurse did it on purpose to force a turnover.

Whether technical foul should have been called against the Raptors coach or not, Tatum admitted that it was purely his fault for committing the turnover.

Tatum took full responsibility of the crucial turnover, but his teammate Jaylen Brown was not really sure if the play was a desperate act pulled out by Nurse to force a turnover. Brown stated that, “Grown men should be able to control themselves. Especially the coaches and coaching staff.” The comment was obviously pointing out to the Raptors head coach.

Following the statement given by the Celtics forward, Nurse responded that the act was just a product of his resilience and competitiveness, and nobody from the Toronto side committed any violation during that exact play.

— Nurse responded when asked if he thought his coaching staff was out of line. (Sam Amick/The Athletic)

There is no reason for the Celtics squad to use this as an excuse since they still had numerous chances to win the game. This, however, showed some inconsistencies with how the referees called the game.

Rule 3, Section IV of the NBA official Rules states that:

“The coach’s position may be on or off the bench from the substitution box line (closest to the coach’s bench) to the baseline. A coach is not permitted to cross the midcourt line and violators will be assessed an unsportsmanlike technical foul immediately. All assistants and trainers must remain on the bench. Coaches and trainers are not permitted to go to the scorer’s table, for any reason, except during a dead ball.”

In addition, Rule No. 12, Section V states that:

“A technical foul shall be assessed for unsportsmanlike tactics such as:
A coach entering onto the court without permission of an official” 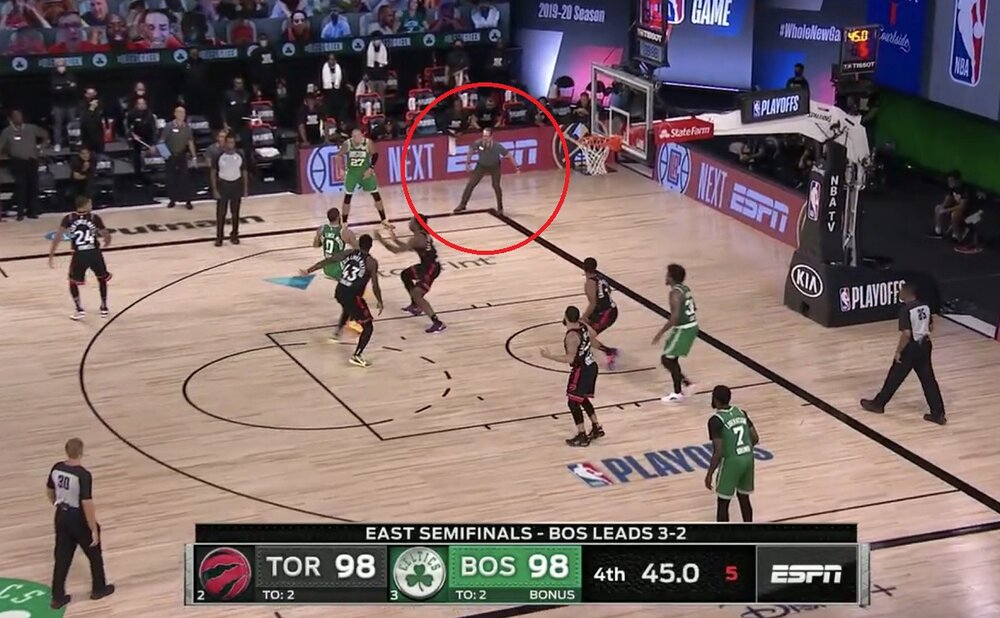 Nurse was seen entering the court which led to a Boston turnover. (Photo courtesy of Larry Brown/Larry Brown Sports

However, the NBA’s Last Two Minute Report deemed the play as a legal one. But it’s obvious that Nurse’s presence interfered with Tatum’s vision, and this case could possibly force the NBA to look at this rule again in the future.

A technical foul should have been called, and the Celtics should have been granted with a free throw and a ball possession. If the violation was called, it would have changed the course of the game. Nonetheless, the series will lead to an exciting Game 7, with the winner facing the streaking Miami Heat in the Eastern Conference Finals.