Tatum, Celtics hang on to eliminate the defending champs in Game 7

Jayson Tatum scored 29 points, and Jaylen Brown added 21 as the Boston Celtics dethroned the Toronto Raptors in a decisive Game 7 and move on to the Eastern Conference Finals. 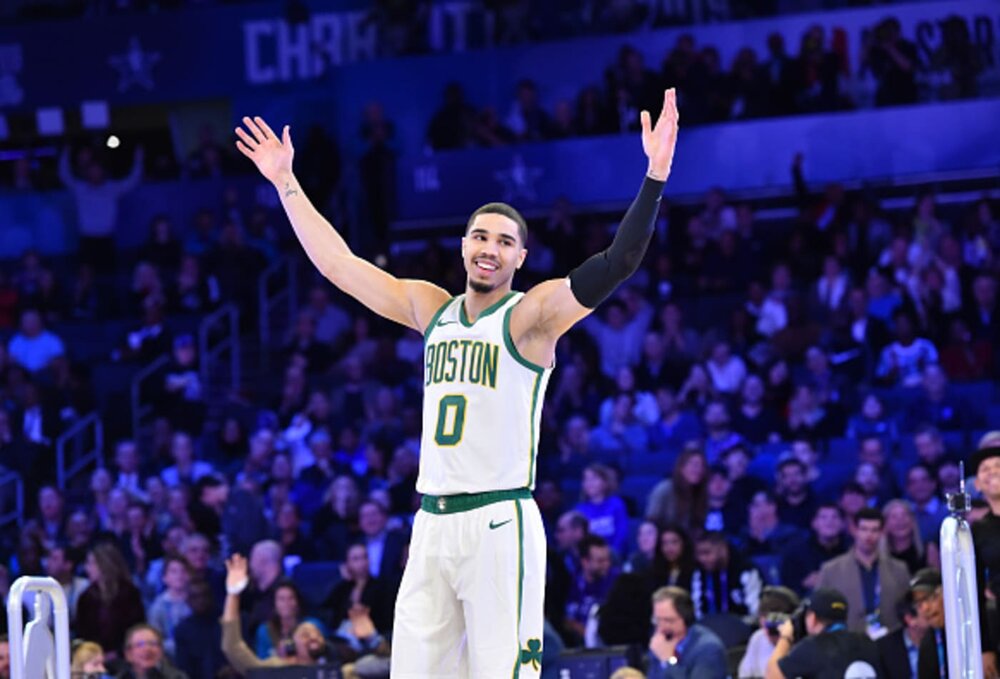 Jayson Tatum and the Celtics outlasted the Toronto Raptors to move on the the Eastern Conference Finals. (Photo courtesy of Jesse D. Garrabrant/Getty Images

Tatum also tallied 12 rebounds, 7 assists, 1 steal, and 1 block as the Celtics finally win the series. Kemba Walker struggled all game, converting only 5 of his 16 attempts, along with a 1 of 7 clip from three-point territory, but still managed to contribute 14 points, 6 rebounds, 4 assists, 2 steals and a block. Defensive specialist Marcus Smart finished the game with 16 points, 2 rebounds, 6 assists, 3 steals, and a block, along with crucial defensive stops to help the Celtics preserve the win.

Fred VanVleet led the Raptors with 20 points, 3 rebounds, 6 assists, and 2 blocks, while Kyle Lowry added 16 points, 6 rebounds, and 4 assists in the team’s last game this season. 2019 Most Improved Player of the Year Pascal Siakam had a hard time scoring over the Celtics’ pesky defense as he scored 13 points in 5 of 12 shooting. After a stellar performance in Game 6 to tie the series, Norman Powell was only limited to 11 points in the defeat.

After trailing by as many as 8 points in the 4th quarter, the Raptors roared back and cut the deficit down to 2, 89-87, with 1:21 left off a free throw from Lowry. Toronto had another chance to turn the game around after two crucial missed free throws from Celtics rookie Grant Williams, but was not able to capitalize as Tatum got fouled by Powell in the battle for possession. Tatum split his charities to extend the lead back to 3, 90-87.

But Celtics rookie Williams made up for his free throw miscues as he put a defensive stop against VanVleet to prevent the deadly shooter from converting a game-tying three-point shot.

Kemba then sealed the game by sinking two free throws. The Celtics are now set to face the well-rested Miami Heat in the Eastern Conference Finals.