Who Got Better: John Wall to Houston, Russell Westbrook to Washington

The Houston Rockets and the Washington Wizards have agreed to swap point guards Russell Westbrook and John Wall. 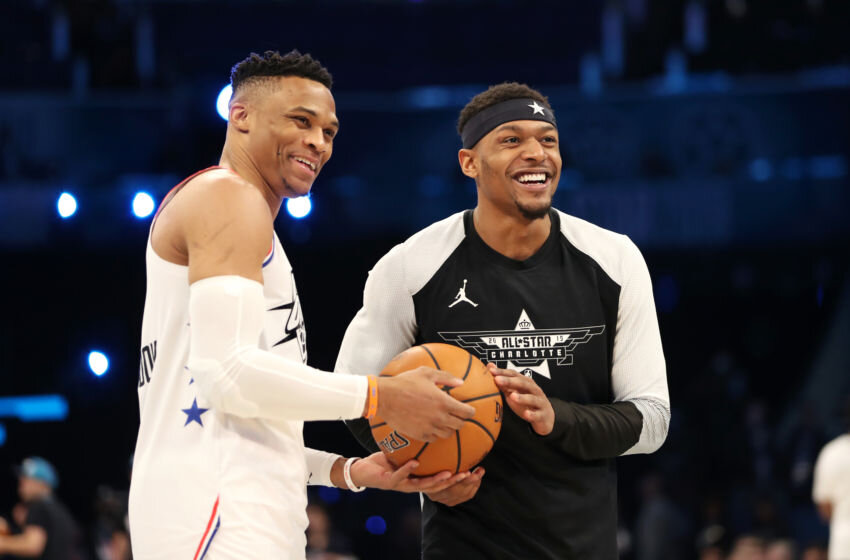 Bradley Beal and Russell Westbrook will team up in Washington. (Photo by Kent Smith/NBAE/Getty Images)

A blockbuster trade has been announced. ESPN’s Adrian Wojnarowski reported that the Rockets and the Wizards have agreed to swap their star point guards. John Wall is headed to Houston, while Russell Westbrook is going to Washington.

Houston has agreed to trade Russell Westbrook to Washington for John Wall and a first-round pick, sources tell ESPN.

Westbrook, who normed his usual all-around numbers of 27.2 points, 7.9 rebounds and 7.0 assists last season, was reportedly unhappy in Houston and wanted a trade out of the team. The issue was not centered on his chemistry with Rockets superstar James Harden, but it was in the team’s lack of direction due to the departures of head coach Mike D’Antoni and general manager Daryl Morey.

On the other hand, the Wall saga in Washington was a different story. The former All-Star point guard was mum on the trade rumors around him, but there were speculations saying that he didn’t like the idea of his co-star Bradley Beal overtaking him in the team’s hierarchy.

Which team got better?

With the way things are looking right now, the answer to this question lies on how effective and athletic will Wall still be after going through two injury-plagued years. There’s no doubt that Wall is a crafty playmaker, but it’s his elite athleticism that has been his trump card in the league.

Moreover, Wall has been used to having the ball on his hands all the time, which he can’t do anymore with Harden. Meanwhile, Westbrook has thrived in co-existing will true stars like Harden, Kevin Durant and Paul George. He has the experience to be effective in that kind of set-up, which would help him build that much-needed chemistry with Beal.

PrevPrevious48 NBA players test positive for COVID-19 days before start of training camp
NextTyler Herro: I leaned on Jimmy Butler so much during my rookie seasonNext