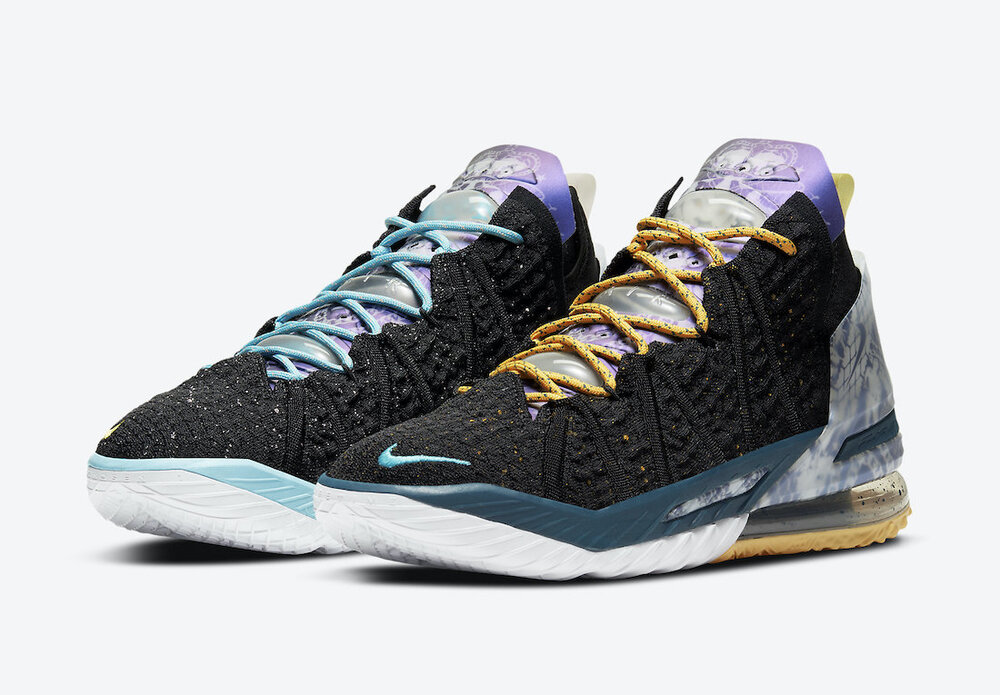 The Nike LeBron 18 immediately sold out after being released on September 21. (Photo courtesy of Nike)

The Los Angeles Lakers superstar signed a lifetime deal with Nike in 2015, which will be worth more than US$1 billion. Even when the three-time champ retires, his merchandise and signature shoes will continue to be produced to reach the US$1 billion pact of the agreement.

When Nike built LeBron’s 18th signature pair, it seems like the brand is making an understatement that they want to to witness the three-time champ’s greatness until his 50’s. But setting all exaggerations aside, there is no sign of slowing down for the 35-year-old forward as he still competes for a championship. Still, his basketball strength might soon deteriorate and injuries might jeopardize his career, so Nike is taking care well of the needs of the King when it comes to shoe technology.

James’ 18th shoe got some nods from his former signature pairs like the Nike LeBron 11, Nike LeBron 17, and even from the Nike LeBron Soldier series. In my opinion, this could be the best-looking pair from the four-time MVP’s shoe line considering the aesthetics and concepts of colorways used in the pair. It also features a combination of Nike cushioning technologies for better comfort and responsiveness which is a huge leap for the brand.

The inaugural release of the pair featured four colorways: Los Angeles by Day, James Gang, Empire Jade, and Reflections. There will be more colorways that sneaker enthusiasts and athletes can look forward to in the following months.

Here’s a detailed analysis of the overall performance and what can we expect from the new Nike LeBron 18. 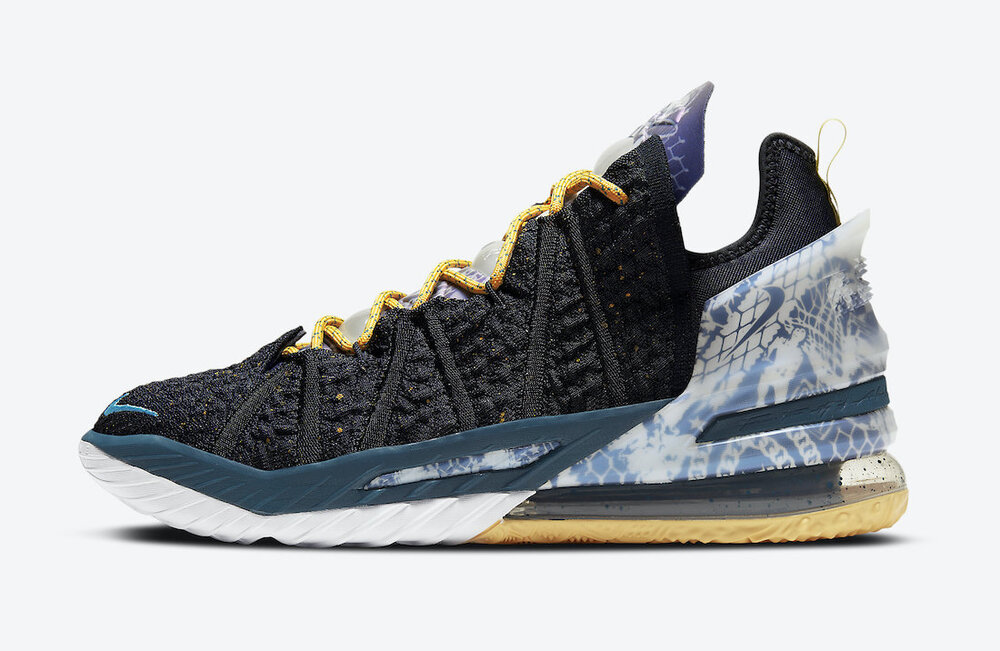 The Nike LeBron 18 features Battleknit 2.0 uppers, which is waxy, firmer, and thicker compared to the knit materials used in Nike LeBron 17, in which weaves are soft. The midsole is built with a TPU unit for additional aesthetics, elasticity, and firmness.

Aside from its firm Battleknit 2.0 uppers, an additional facet of the Nike LeBron 18 is its unique flywire bracelets inside the medial channels, which hold the laces to become more secured and steadier. However, this particular aspect of the shoe makes lace swaps a bit of a hassle since the laces go inside the shoe when being pulled out, which might be a thumbs down for some sneaker fans, most especially those who want to make fancy laces combinations.

Also, its tongue tab is a bit weird since it has a plastic material which does not make the shoe special, let alone might cause some trouble with the user due to the scare of causing cuts. The tongue portion is also tooled with some air pockets which do not have any specific purpose in particular, aside from being part of the aesthetics, since the laces do not reach that part. These air pockets, however, represent James’ love for the Air technology. 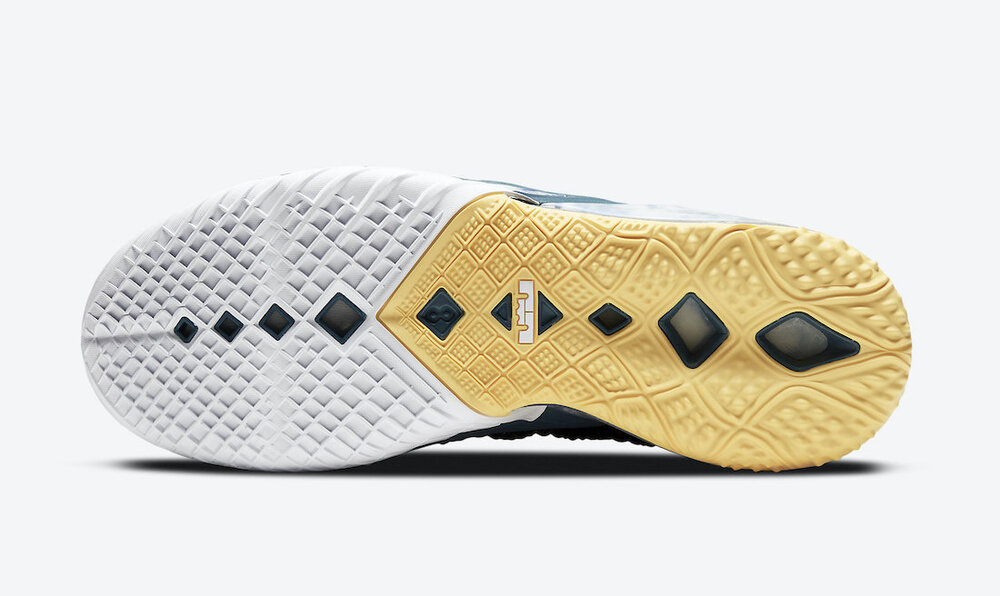 With its thick rubber compound, the pair will be good to go whether playing indoors or in black tops. Rest assured that the traction compound will last longer. The traction provides good grip, most especially when doing sudden stops and shifts when running and is built to work for bigger players like LeBron. 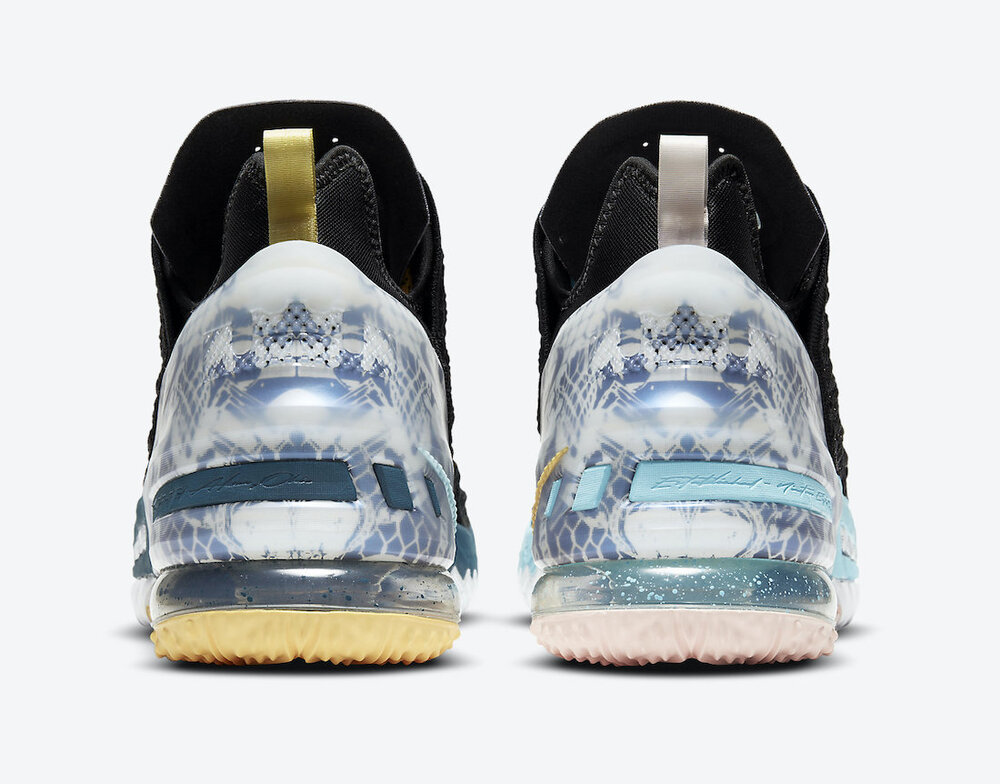 Nike greatly focused on the cushion system of the new Nike LeBron pair since Father Time might soon approach the 3rd All-Time leading scorer. The pair is built with a three-layered cushioning and features a combination of Nike’s top-performing cushion technologies, the Nike Zoom and Nike Zoom Air. This cushion tech combination of Nike Zoom and Nike Zoom Air reminds of Nike Air Team Max Zoom, but in a different implementation.

The heel portion is built with Nike Zoom Air, while the medial up to the forefoot has the Nike Zoom technology, which is the opposite build of what Nike Air Team Max Zoom had. The first of the three-layered cushion tech is the Zoom Air unit chambered Nike 270 and Nike 720 styles, which has no air in the middle comparable to hovercraft. Then, instead of stuffing the cushion with foam inlays, Nike put a full-length Nike Zoom strobel unit inside.

Another notable move that Nike did was putting the Zoom Air tech inside the Max Air bag and it goes full-length up to the forefoot. This gives the shoe a lot of bounce and cushion. The ankle guard draws a lot of support as it is tooled with neoprene sock liner and double-layered padding in the Achilles and heel portion. With these specs, comfort, cushion, and security are all top-notch.

With the beefed-up cushion technologies of the Nike LeBron 18, many will probably think that the pair will be very bloated, but it was quite the opposite. Despite its bombarded cushion techs, the pair is actually very slim and snug which gives added points to its overall performance and appearance. But like other Nike LeBron pairs, the Nike LeBron 18 is no exemption in terms of heaviness, so this might not be the right pair for people who prefer lightweight shoes. 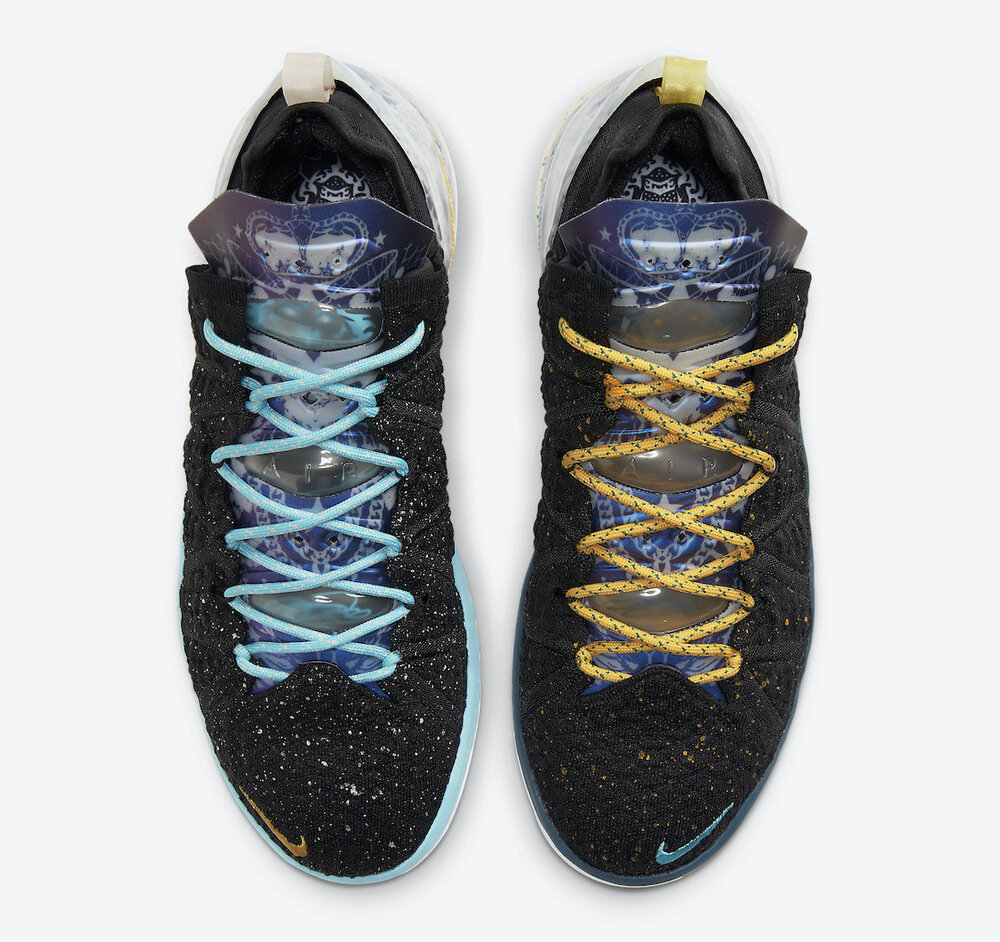 Despite putting a lot of cushion technologies in one pair, the Nike LeBron 18 is surprisingly snug. (Photo courtesy of Nike)

The pair is snug, so wide-footers must go half a size up to get the best fit and feeling of the pair. The pair offers tightness in the forefoot due to the Battleknit 2.0 upper materials, but provides a lot of support and bounce.

Just like what I have mentioned before, this could be the best looking LeBron pair style-wise and aesthetics-wise. Nike chose dope colorways for the inaugural release, and this will really hype sneaker fans. A notable improvement also is that this LeBron pair actually looks good inside and outside the court.

Unlike its predecessors, this version of the Nike LeBron is actually good when used casually. With its slim appearance and eye-catching tooling and aesthetics, this could actually be considered as one of the best good-looking pairs.

The idea of the cushion technology in this pair is just mind-blowing. It seems like Nike is trying to eliminate all cushion issues with the emergence of this combination. Not only does the pair offer tons of support and mobility, it also gives a lot of responsiveness without taking away the court feel.

However, there is no such thing as a perfect pair, and every good pair has its drawbacks. The plastic material in the tongue portion is still a bit weird despite its good design. The weight of LeBron’s pair will always be an issue to those who are not built for a heavy pair, and the increase of its retail price will really hurt some. The Nike LeBron 18 can be purchased for US$225, which is somewhat expected due to the technologies used by Nike to create one of James’ best signature shoes.

The Nike LeBron 18 nets an overall rating of 4.8 out of 5, most probably due to its price increase, some weird additions, and its weight. But performance-wise, this will be very excellent in terms of support and cushion.

The Nike LeBron 18 is now available at selected Nike stores for US$225.