Air Jordan 5 “What The” To Be Released in Mismatch Fashion

For its 35th Anniversary, Jordan Brand’s Air Jordan 5 continues its way on to the market with various colorways, including the “What The” re-fashioning later this year. 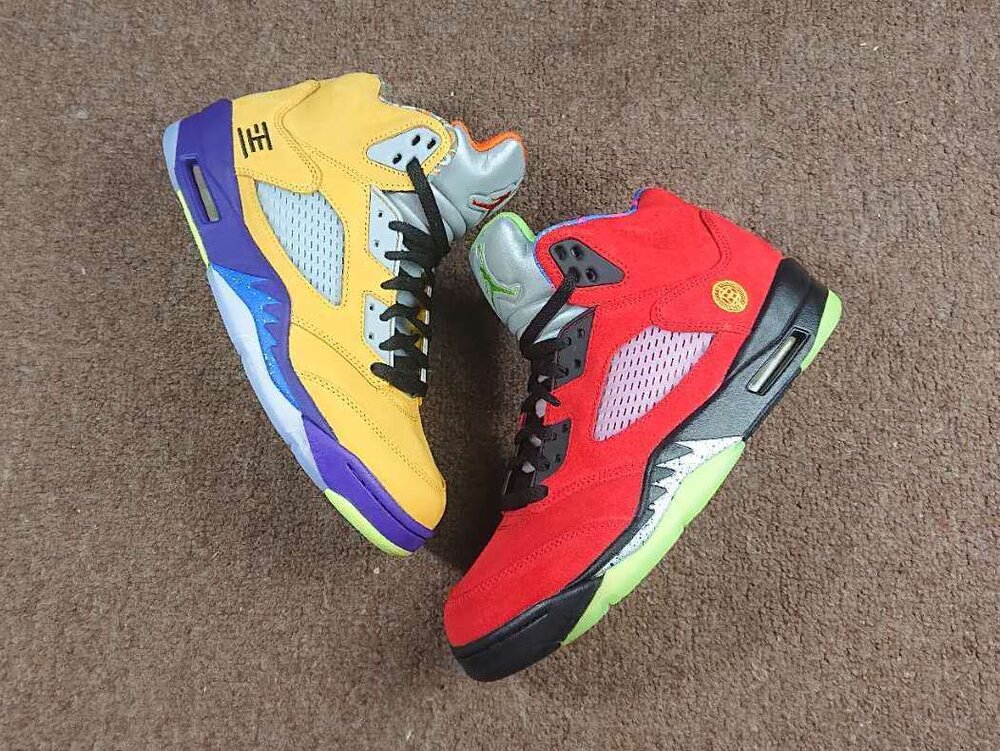 This year’s Air Jordan 5 “What The” will be released in a mismatch fashion as it highlights the elements from all its predecessors: Shanghai, Tokyo, Bel-Air, Raging Bull, Laser, Green Bean, Army Olive, and Quai 54 colorways. The pair features mismatch Yellow and Red schemes.

The red pair gets its nod from Raging Bull, graphic linings from the Bel-Air, embroidered Japanese medallion from the Air Jordan 5 Tokyo and Shanghai, and paired with the traditional reflective tongue, translucent outsoles, and translucent netting on the side.

On the other hand, the yellow pair will feature Air Jordan 5 Laser’s graphic lining, embroidered Japanese medallion from the Air Jordan 5 Tokyo and Shanghai, with 3M reflective tongues, translucent outsoles, and translucent netting on the side.

The Air Jordan 5 “What The” will be available at selected Nike Stores and other authorized retail stores on November 07. A pair is set for a price tag of US$220.

Here are more detailed angles of the upcoming Air Jordan 5 “What The”. 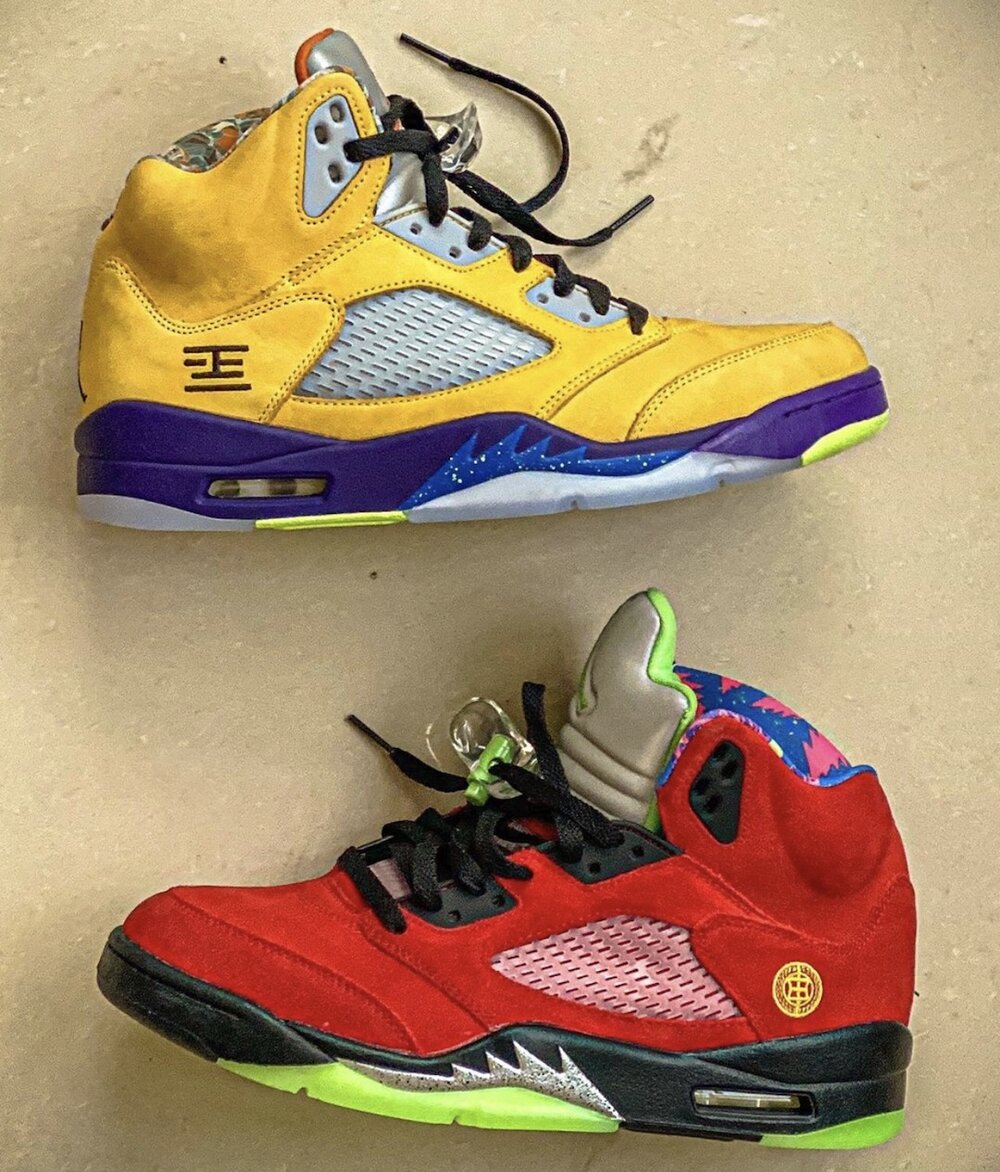 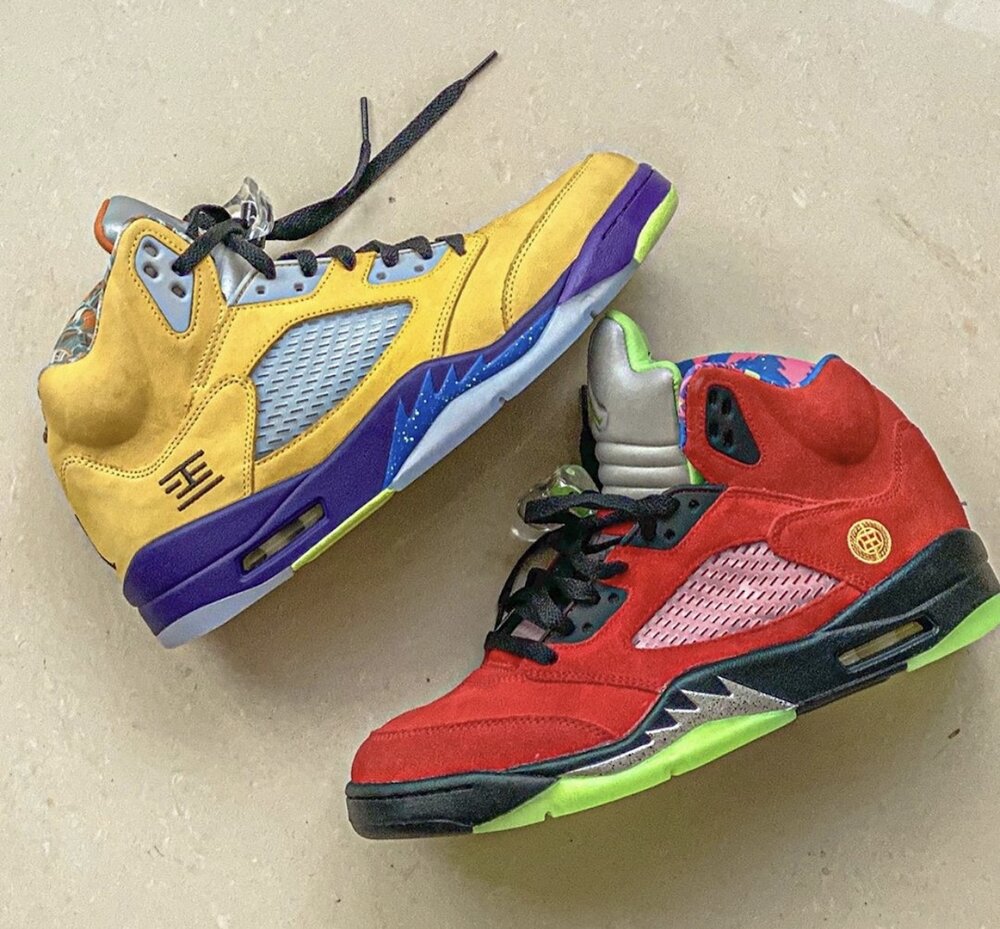 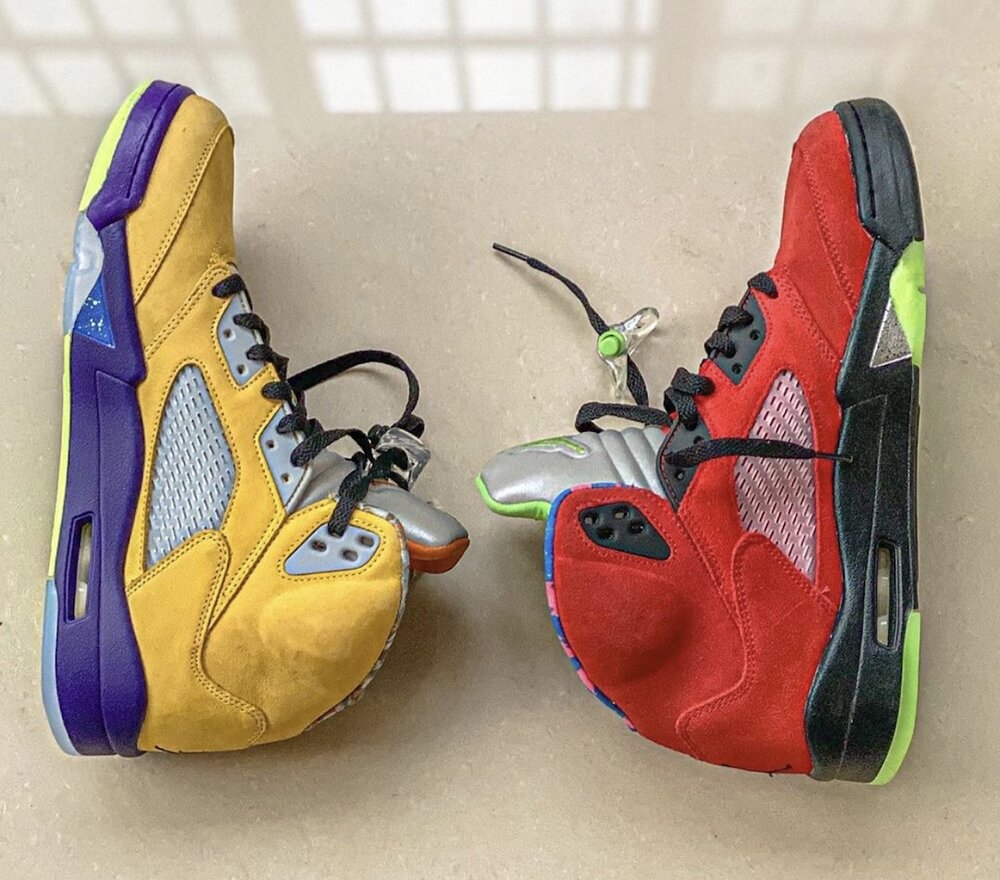 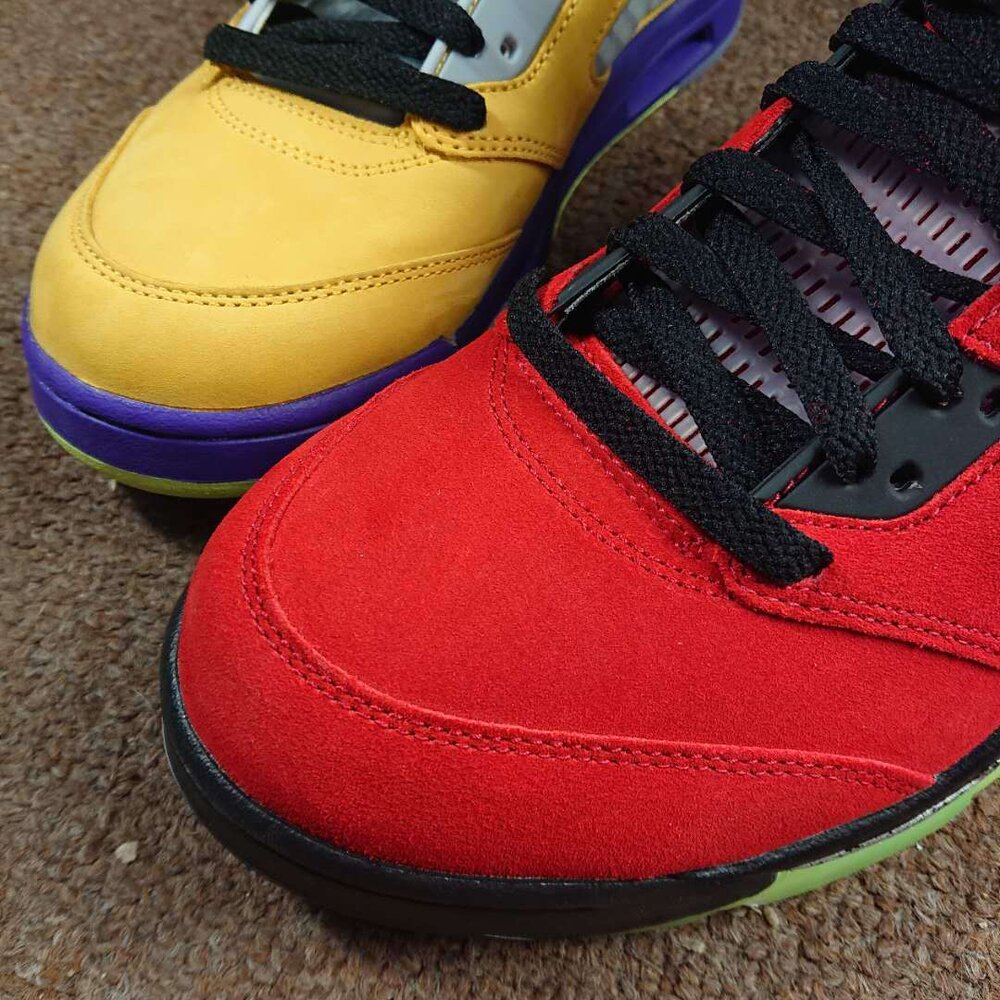 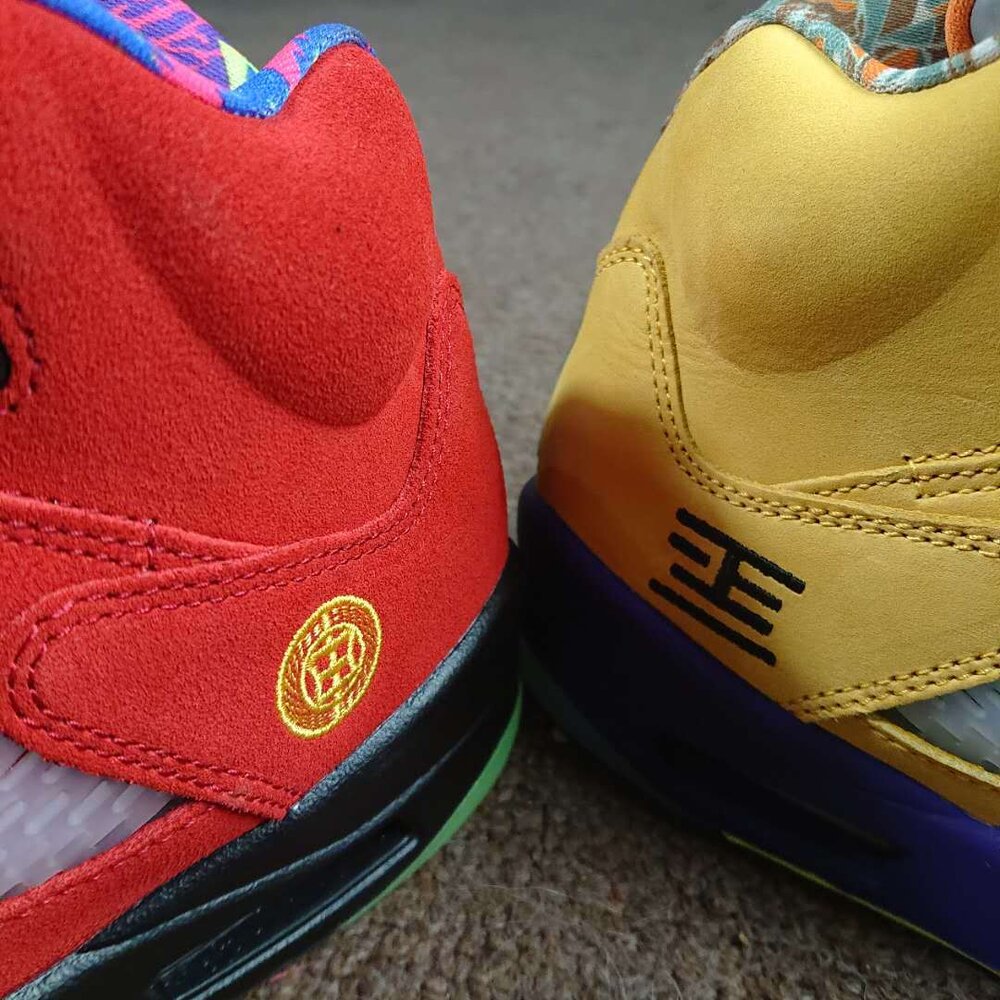 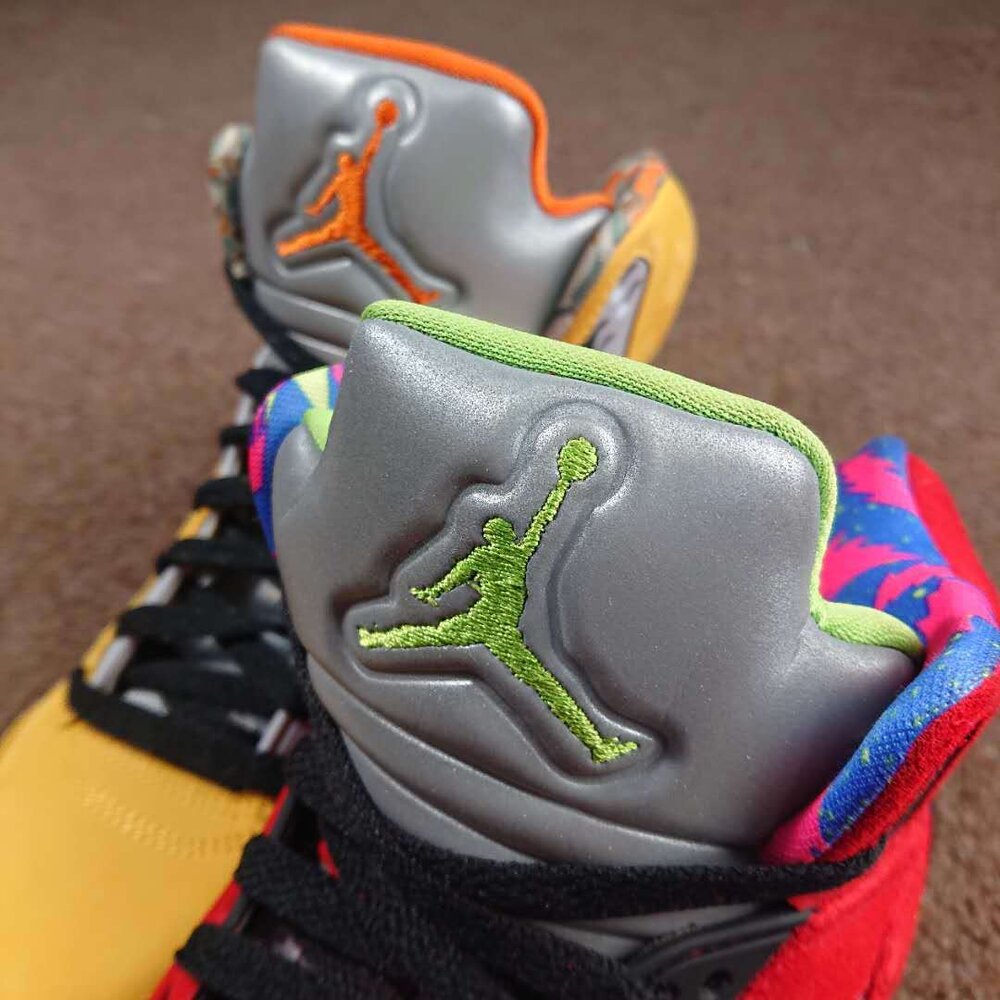 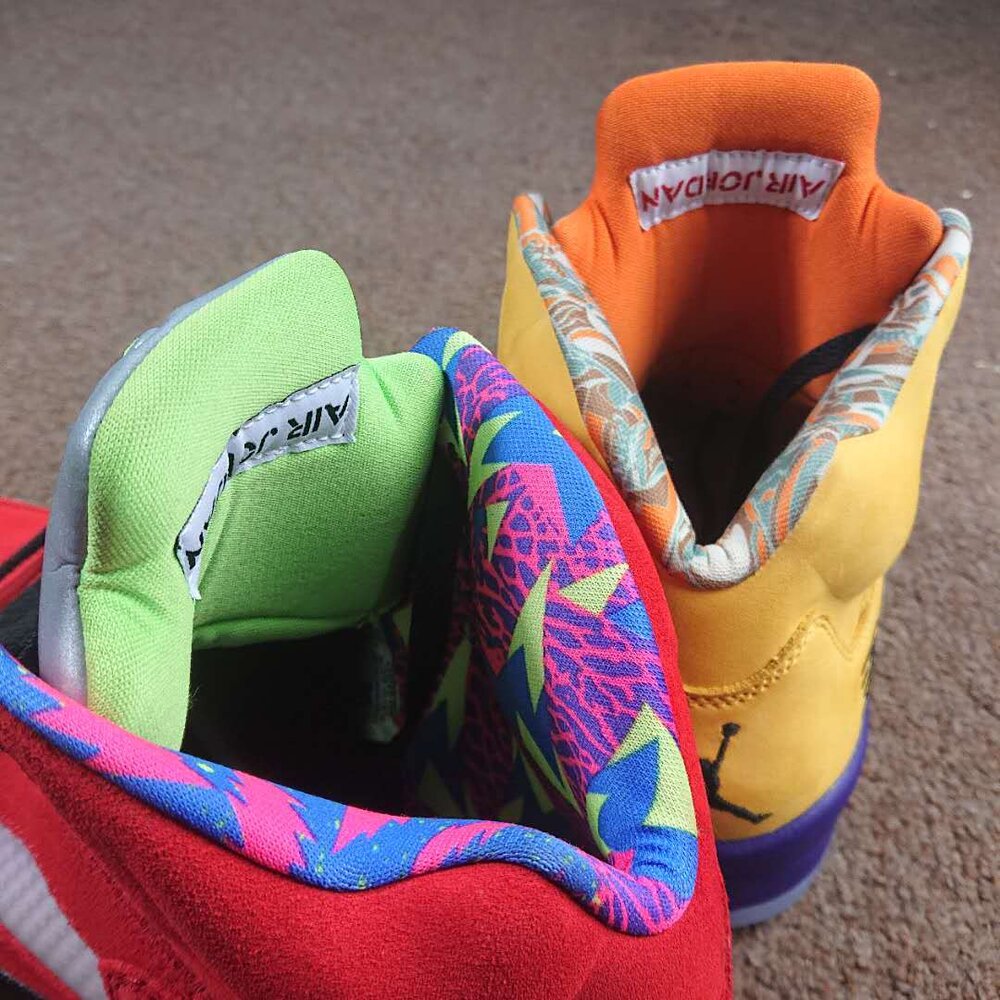 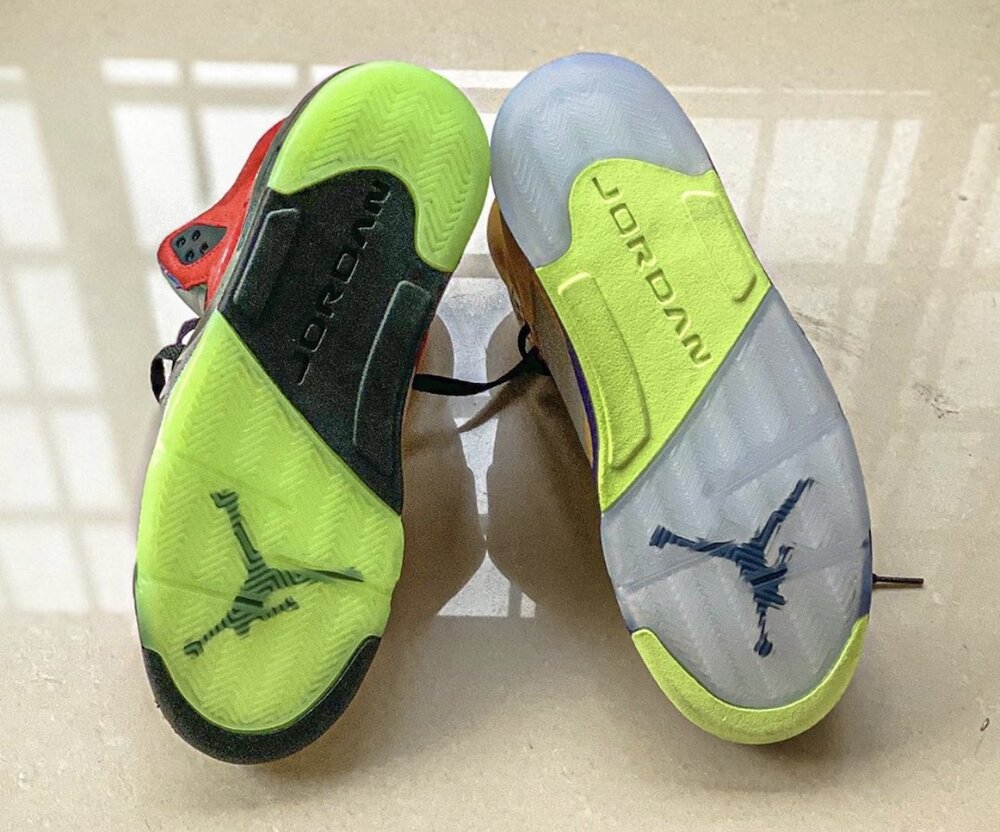