After the release of the Star Wars collaboration earlier this year, Adidas jumps to another Disney-inspired collection in the form of the famous animated movie, Toy Story. 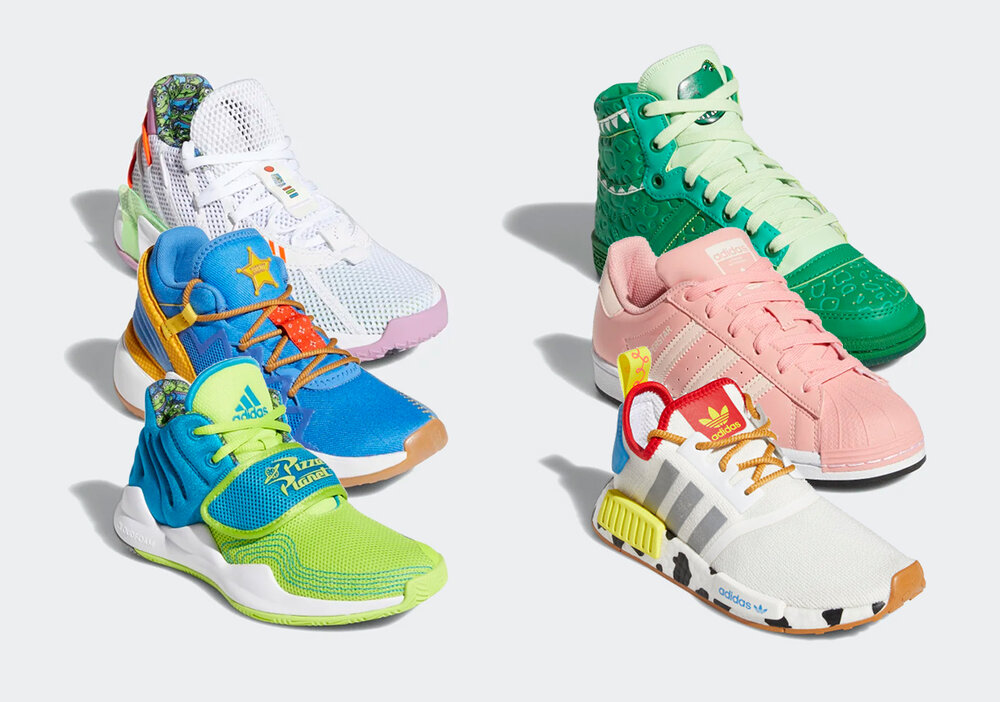 The Three Stripe’s newest collaboration will be headlined by Portland Trail Blazers superstar Damian Lillard’s newest signature pair, the Adidas Dame 7, and Utah Jazz rising star Donovan Mitchell’s second signature pair, the Adidas D.O.N Issue #2. Along with these two basketball pairs, each pair will reimagine a famous character from the animated movie, and will exclusively run in unisex kids’ sizes. 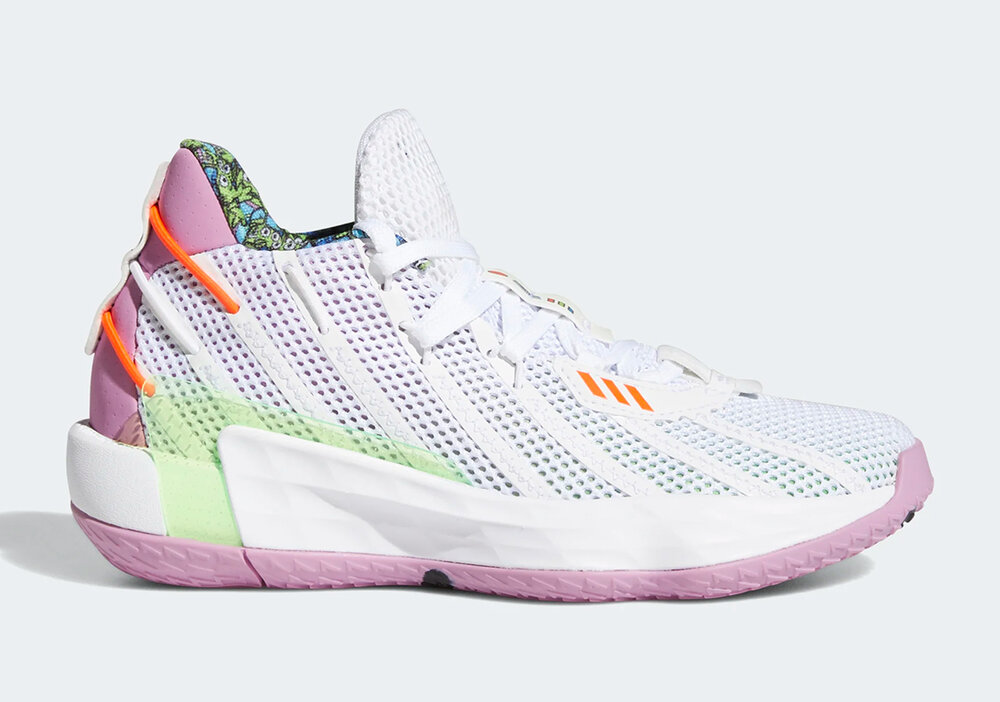 Lillard’s newest signature pair will receive an early collaboration project as it represents everybody’s most favorite space ranger, Buzz Lightyear. The pair comes in clean white mesh upper atop white midsoles and purple outsoles, and finishes with purple heels, orange and green accents, and some animated characters along the ankle guard. The pair will be sold for US$100. 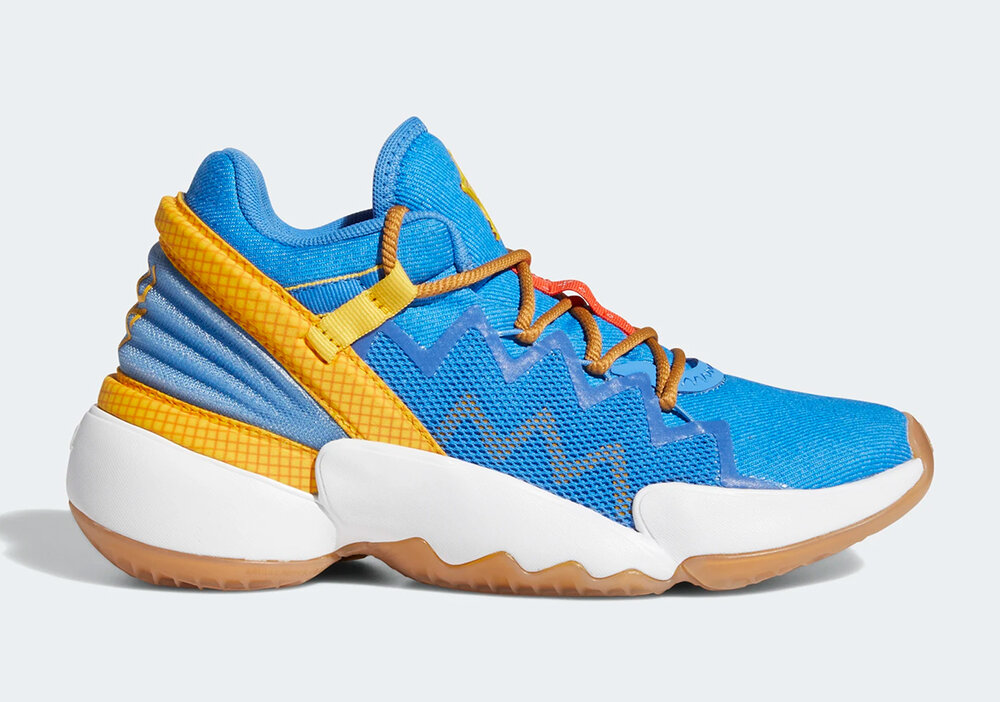 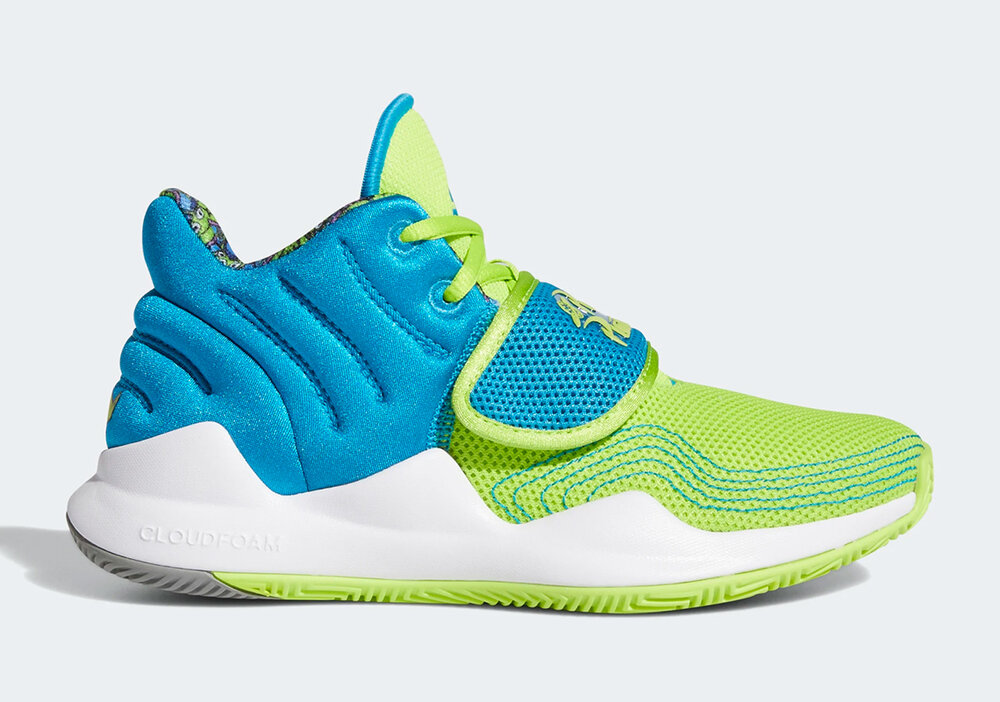 Adidas may look to popularize the last hoop pair in this collection, the Adidas Deep Threat, as it consolidates Toy Story’s comical little creatures who live in Pizza Planet’s arcade claw game. The pair will come in lime green and blue rendition uppers that nod to the appearance of the fancy aliens. The Toy Story x Adidas Deep Threat “Alien” will be available for US$60. 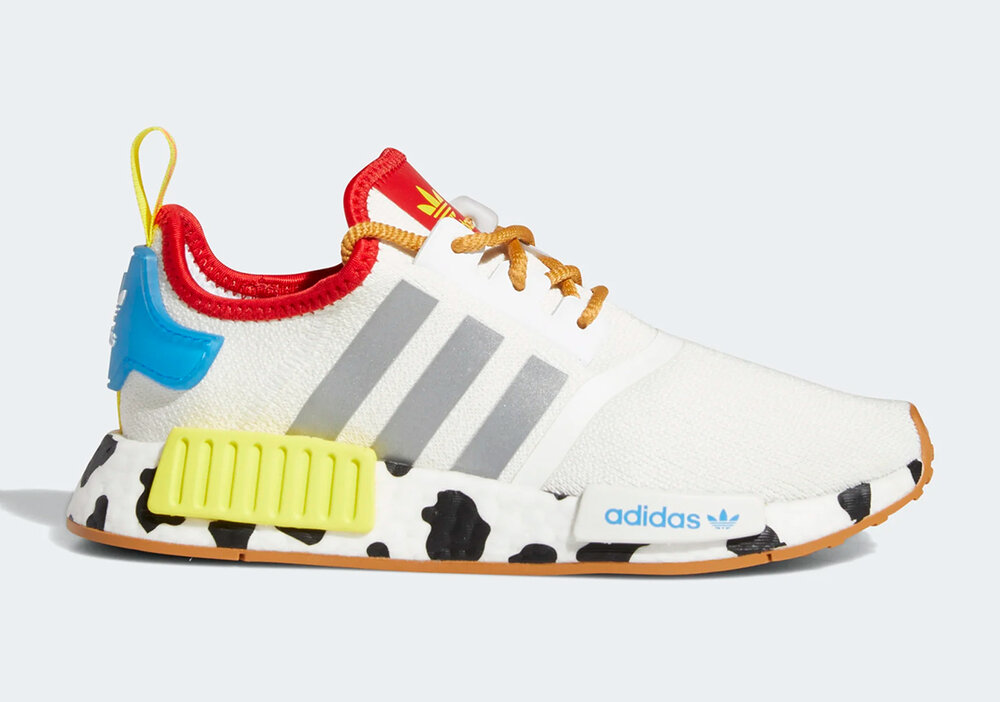 Adidas NMD R1 returns to encompass the Woody-inspired collection. The pair features white upper with red accents in the ankle guard and tongue tab, along with blue heel tab and green medial atop signature boost cushion technology with cow print marks to nod to Woody’s fashion statement. The Toy Story x Adidas NMD R1 “Sheriff Woody” will come with a US$120 price tag. 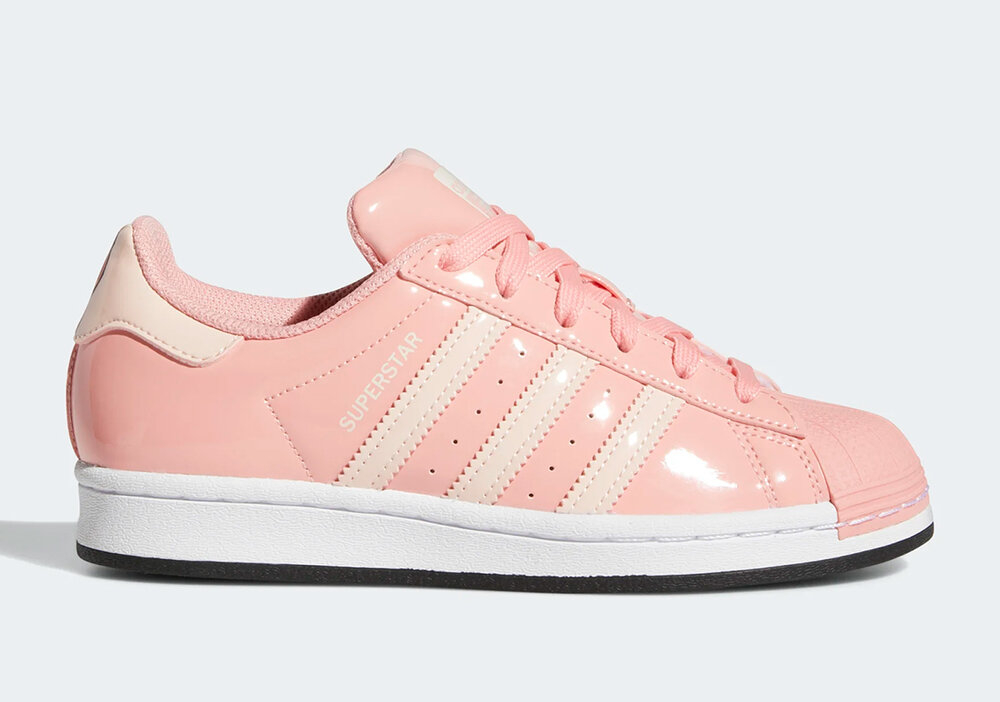 Aside from the main characters, Adidas will also feature some of the movie’s supporting characters. The Adidas Superstar “Hamm” will come in soft pink uppers with three stripes atop white cloud foam midsoles to nod to Andy’s piggy bank, Hamm. The pair will soon be available for US$75. 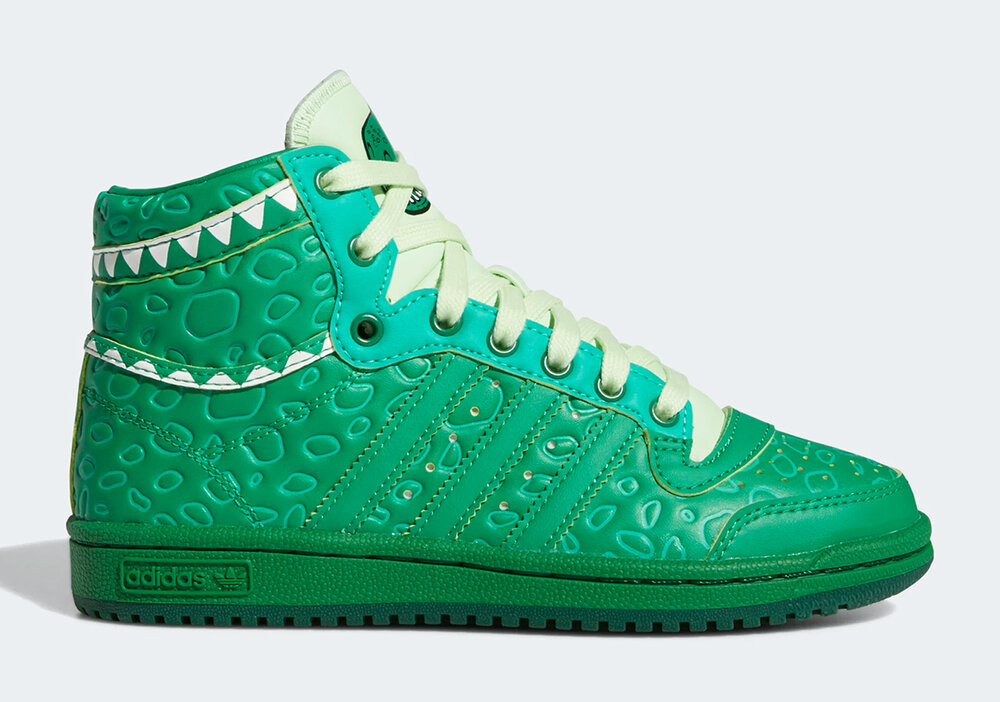 Along with Hamm, Adidas will feature another lovable supporting cast in Andy’s toy dinosaur, Rex. This rendition of Adidas Top Ten Hi will be featured in vibrant green with white laces and accents along with scale aesthetics which nods to Rex’s appearance. It then finishes with the dinosaur’s logo on the tongue tab. This pair will come with US$80 price tag.

The Toy Story Adidas collection is set for release on October 15. Even though the pairs will run exclusively for kids’ sizes, shoe fans and sneaker collectors will surely fix their eyes on these prizes.