Hustle and Intangibles: Kyle Kuzma is doing the dirty work for the Lakers

In order to earn the contract extension that the Los Angeles Lakers gave him last offseason, Kyle Kuzma has taken on a new role for the team. 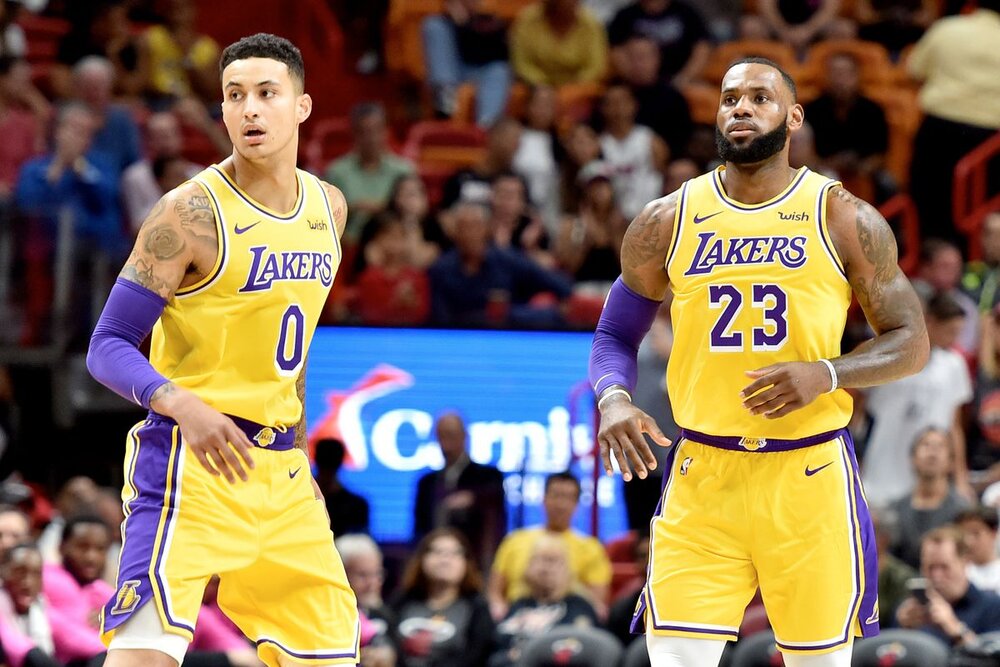 The Lakers’ offer of a three-year, $40 million contract extension to Kuzma last offseason was certainly not eye-popping, but it was still a gamble considering that the team stacked up on roster depth in their bid to defend their championship. They brought in Dennis Schroder and Montrezl Harrell, the frontrunners for the Sixth Man of the Year award last season. An all-around veteran like Marc Gasol will be of a more vital role come playoff time, and the continuous growth of sophomore wing Talen Horton-Tucker should be given due credit.

So, where does Kuzma stand in the Lakers’ hierarchy? It was just like yesterday that people were priming him to be the team’s third star alongside LeBron James and Anthony Davis. But it seems like that never happened as Kuzma has taken on a different role for the defending champs in his bid to maintain a consistent spot in the rotation, and justify the multi-year contract extension he accepted.

Mastering the art of the offensive boards

During the Lakers’ seven-point win against the Cleveland Cavaliers last January 25, Kuzma only chipped in a lowly total of 4 points. He only made two of his five field goal attempts and didn’t even book a single trip to the free-throw line. Looking from the scoring column in the stat sheet, it seemed like Kuzma was a non-factor on offense.

But that is where his offensive rebounding enters the picture. Six of his eight total boards that night came on the offensive end of the floor. Kuzma is combining instinct and effort in coming up with these offensive rebounds, which you can see through this clip.

If you’re head coach Frank Vogel, how could you keep an energy bunny like Kuzma out of the rotation? His three-point shooting has been an encouraging sight this season, but it is his willingness to do the dirty work that is helping him earn quality minutes for the Lakers.

Even Anthony Davis acknowledges just how valuable Kuzma’s hustle has been for the team. Davis emphasized that Kuzma has always been shown an excellent knack for those offensive boards, and he even described them as “big-time plays.” (h/t Lakers Nation)

“That’s what Kuz does, he crashes the glass all the time. I think he got three on one possession and kicked it out to A.C. for a 3.”

Kuzma may never be the third star in this Lakers squad, but he is a certified unselfish teammate who will do everything for his team to win.