With the New Orleans Pelicans recently placing him on the trading block, former 2nd overall draft pick Lonzo Ball responded with 27 points on seven triples to beat Giannis Antetokounmpo and the Milwaukee Bucks. 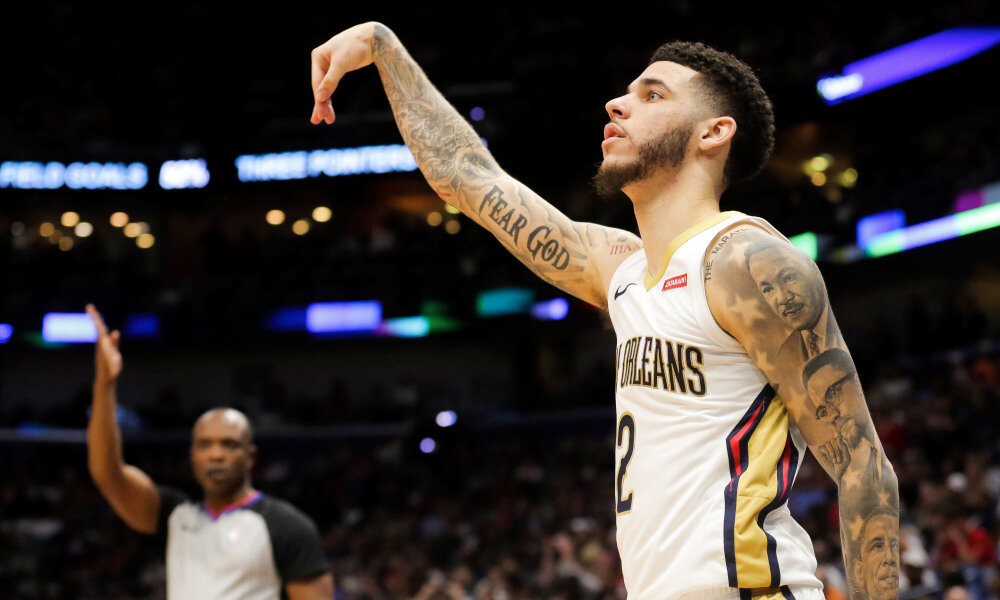 Still riding the momentum from their recent win against the Washington Wizards, the New Orleans Pelicans carved a morale-boosting 131-126 victory over the Milwaukee Bucks. Lonzo Ball, whose name has been in trade speculations as of late, produced 27 points and 8 assists, including seven hits from the three-point line.

Lonzo entered the game shooting only 30% from beyond the arc. His inefficiency from long range has arguably led to the Pelicans front office’s decision to finally gauge his value in the trade market. But Lonzo didn’t just shoot well from deep, but he also showed off his brilliant playmaking ability that was highlighted by this nice dime to Steven Adams.

Four Pels players eclipsed the 20-point mark in the scoring column in this much-needed win against the Bucks. Brandon Ingram tallied 28, Eric Bledsoe chipped in 25, and Zion Williamson came through with 21 points. The Pelicans still has tons of work to do as they are just sporting a 7-10 record, a full two games below the 8th spot in the Western Conference.

As for Milwaukee, this loss snaps their mini two-game winning streak. They are still tied sitting on the 2nd spot in the East, but there are major concerns for this championship-chasing squad. They gave up 21 three-pointers to the Pelicans, a hole in their defense in which they are the third-worst in the league. 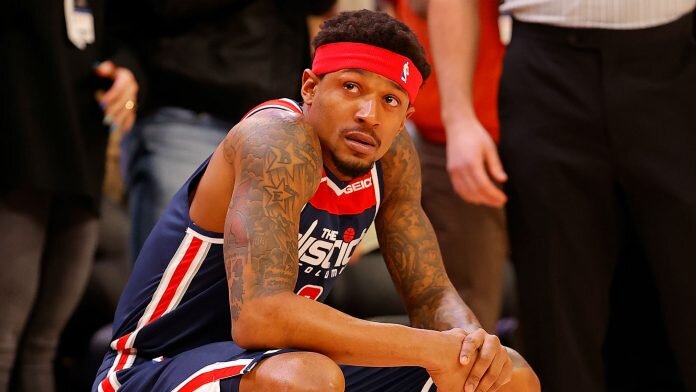 Bradley Beal of the Washington Wizards. (Photo via Getty Images)

The Washington Wizards have now lost their last four games. Behind Trae Young’s stellar 41-point outing, the Atlanta Hawks defeated the Wizards, 116-100. Young also hit five three-pointers, and missed only one of his 17 trips to the free throw line. Clint Capela again hauled in a double-double night of 13 points, 14 rebounds, 3 assists, and 3 blocks.

Beal and co-star Russell Westbrook both tallied 26 markers for the Wizards, but they received little contributions from their supporting cast. Garrison Matthews’ 10 points was the sole double-digit contribution from the other Wizards players.

It remains to be seen how the Wizards front office will handle Beal’s situation, but powerhouse teams like the Denver Nuggets, Golden State Warriors, Los Angeles Lakers and Clippers are considered to be in the hunt for the superstar guard.