In just his 10th game in the NBA, the 19-year old LaMelo Ball became the youngest player in league history to finish with a triple-double stat line. 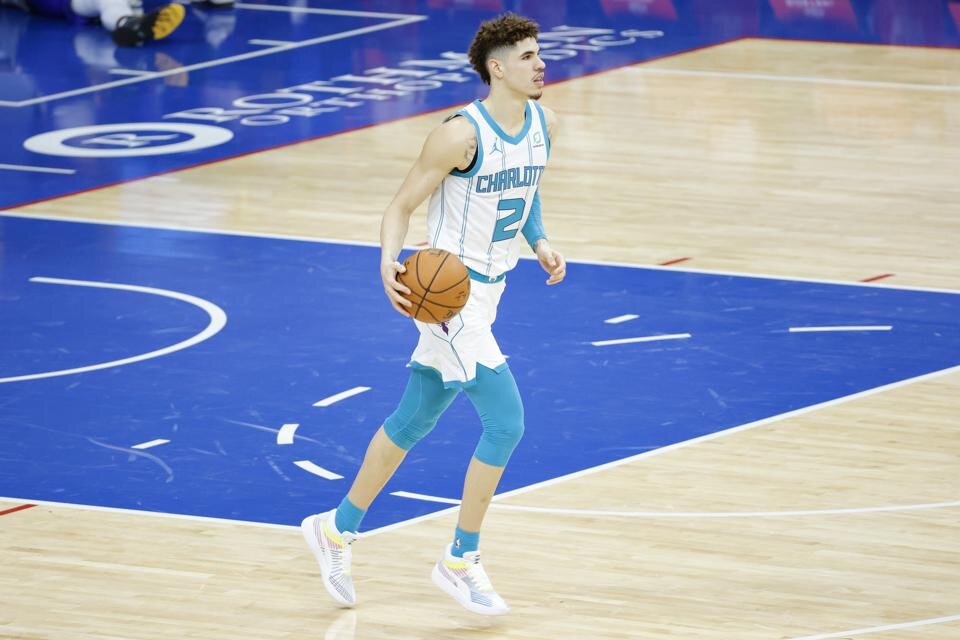 LaMelo Ball came up with a triple-dub in the Hornets’ win over the Hawks. (Photo by Tim Nwachukwu/Getty Images)

LaMelo Ball has surpassed Markelle Fultz as the youngest player in NBA history to come up with a triple-double night. LaMelo finished with 22 points, 12 rebounds, and 11 assists as the Hornets hacked out a 113-105 victory over Trae Young and the Atlanta Hawks. What’s even more impressive in Ball’s all-around outing is that he only committed a single turnover the whole game.

The win against the Hawks was the Hornets’ third consecutive victory. Terry Rozier and P.J. Washington chipped in 23 and 22 points, respectively.

Young guns Cam Reddish and De’Andre Hunter combined for a total of 41 points for the Hawks, who are now on a four-game losing skid. Trae Young struggled in the loss as he made only five of his 19 attempts, and missed all of his tries from the three-point line.

LaMelo is the real deal

Even at this early stage of his debut season, LaMelo sure is looking like the real deal out there. Prior to the draft last year, many people had questions on how well the 6-foot-8 point guard can translate his game to the pro level. He has always shown that oozing confidence in his game, but scouts were concerned about his off-ball scoring and defense.

Still, there’s no doubt that LaMelo’s high IQ on offense and his willingness to always involve his teammates have helped him carve a niche in the Hornets’ rotation. Ball is already putting up 11.8 points, 5.7 rebounds, and 5.3 assists in just 24.2 minutes per contest. and one has to wonder how high his numbers would be if he is logging in more playing time.