Due to health protocols to avoid a COVID-19 widespread, the NBA has postponed a game between the Heat and the Celtics while the Mavericks’ practice facility shuts down. 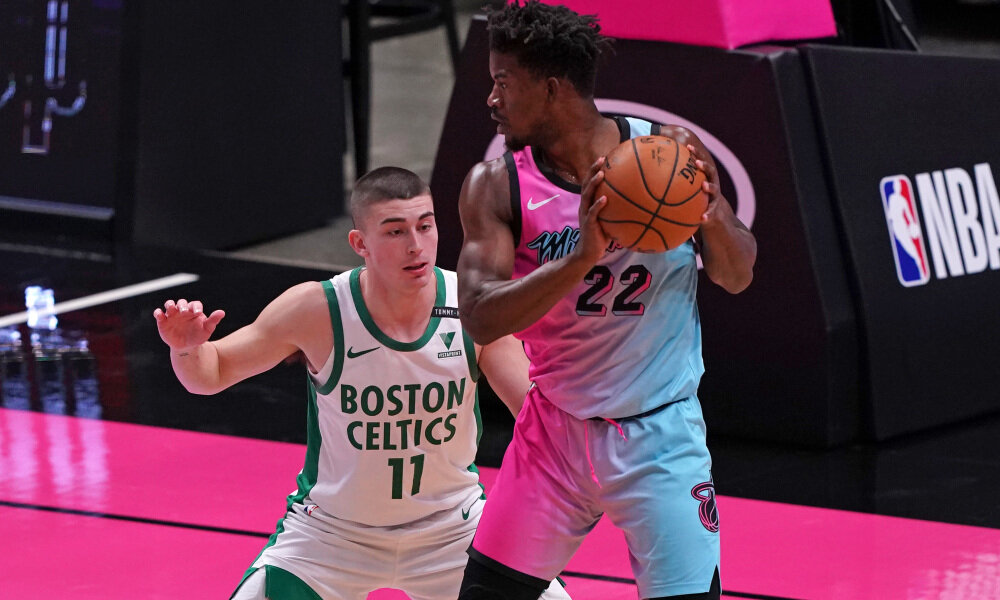 The Celtics won their first game against the Heat this season. (Photo by Jasen Vinlove/USA TODAY Sports)

Due to an ongoing contract tracing, the Miami Heat will not be able to field in the required eight-player active roster tonight, resulting in the postponement of their scheduled contest against the Boston Celtics. Shams Charania of The Athletic tweeted out about this development, saying that one of the Heat players has turned in an inconclusive test.

The Boston Celtics-Miami Heat game tonight has been postponed, sources tell @TheAthleticNBA @Stadium. A Heat player has returned an inconclusive test, and team does not have required eight players to proceed with game tonight due to contact tracing.

While it’s true that ESPN’s Adrian Wojnarowski has reported that the NBA is not planning to pause the games, the current season could soon be in danger of going through a hiatus again. Just last night, the Philadelphia 76ers only played with seven players, with key cogs Joel Embiid, Ben Simmons, Tobias Harris, Seth Curry, and Shake Milton all sitting out.

It won’t come as a surprise if rosters really thin out as the season progresses. If this trend continues to develop, the NBA might want to re-consider another plan of holding the games inside a bubble environment, the same way they successfully did in Orlando last season.

Maxi Kleber, the Dallas Mavericks’ combo big man, has tested positive for COVID-19. ESPN’s Tim MacMahon reported that the Mavericks now have two players testing positive for the virus, resulting in the team’s decision to shut down their practice facilities.

Source: The Mavs will not have any additional players out due to health and safety protocols because of contract tracing after Maxi Kleber’s positive test.

Despite this unfortunate news, MacMahon also reported that the Mavericks will not have other additional players sitting out as contact tracing has already been done.

That means that Luka Doncic, and Kristaps Porzingis, who was recently upgraded to a “questionable” status after missing Dallas’ first nine games, could suit up for the team when they face the New Orleans Pelicans tomorrow. The Mavs are currently riding a three-game winning streak, although losing a key cog in Kleber will definitely sting a bit.