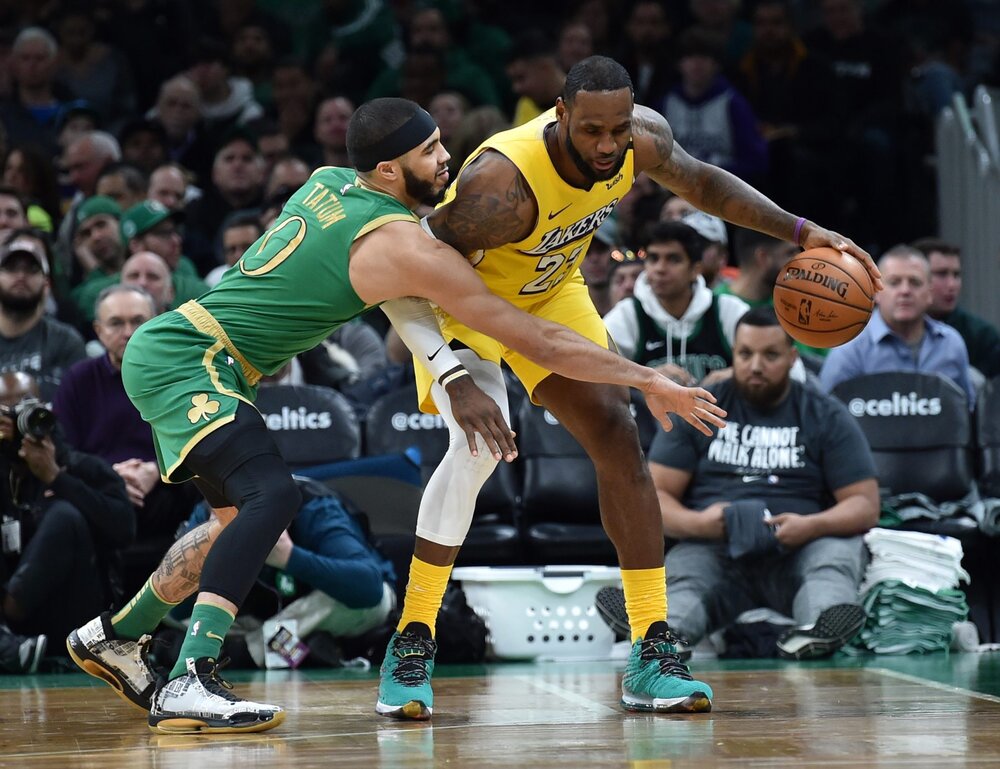 Rivalry was renewed as the Los Angeles Lakers barely got past through the Boston Celtics with a close-call 96-95 victory. Anthony Davis led the charge for the defending champs as he amassed a double-double outing of 27 points and 14 rebounds, while LeBron James churned out his usual all-around stat line of 21 points, 7 boards, and 7 dimes.

Montrezl Harrell was also a big boost off the bench, especially on the defensive end of the floor. Aside from his 16 markers, he also produced two steals and three blocks. The reigning Sixth Man of the Year had his imprints all over the place, evidenced by this steal that led to an easy transition dunk.

The Lakers had a three-point lead in the waning seconds of the fourth quarter, but a LeBron turnover cost them the chance to build a two-possession advantage. Celtics’ Jayson Tatum then scored on a floater at the other end, trimming the Lakers’ lead to only one point.

Davis then fumbled the ball in the next possession, giving the Celtics a chance to win the game. But Kemba Walker missed on his signature step-back jumper, then Daniel Theis just missed the mark on his putback shot.

THE LAKERS-CELTICS ENDING WAS CHAOS pic.twitter.com/dkHb64K6zw

Tatum led all scorers with his 30 points, while Jaylen Brown chipped in 28. However, Kemba only produced four points in the loss as he made only one of his 12 shots. The Celtics, who also lost their previous assignment against the San Antonio Spurs, will face the Los Angeles Clippers in their next game. Rookie LaMelo Ball produced 27 points in the Hornets’ win over the Bucks. (Photo by Nell Redmond/AP)

Should we already create a “Start LaMelo” campaign?

The rookie LaMelo Ball stuffed the stat sheet as he tallied 27 points, 5 rebounds, 9 assists, and 4 steals in the Charlotte Hornets’ 126-114 victory over the Milwaukee Bucks. Veteran scoring forward Gordon Hayward also had 27 markers in the win as the Hornets climb to a 9-11 record to grab the 8th spot in the Eastern Conference.

It was a close game through the first three quarters, but the Hornets’ used a gallant defensive stand in the final period to pull away from the Bucks. However, the win came at a cost as the team lost scoring guard Terry Rozier to an ankle injury.

Giannis Antetokounmpo led all scorers with his 34 points and was an assist shy of a triple-double as he also finished with 18 rebounds and 9 dimes. The Bucks again failed to close out effectively on shooters as the Hornets hit 21 three-pointers on a stellar 47% clip.