The Los Angeles Lakers are looking to add Serge Ibaka, and hope that the veteran big man will choose the best chance to compete for a championship rather than signing a bigger contract elsewhere. 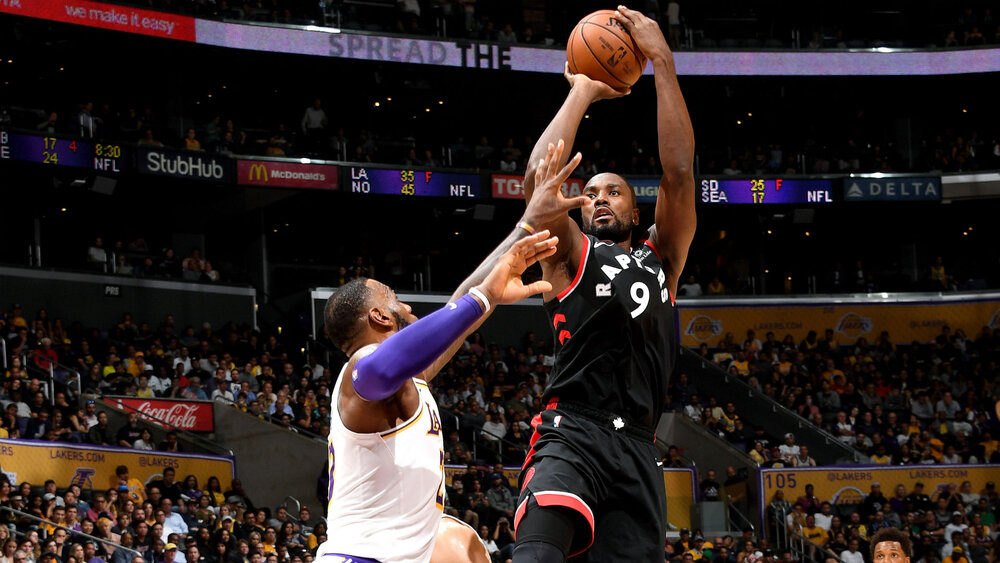 Free agent Serge Ibaka will be garnering tons of interest from a plethora of contending teams this offseason. Heavy.com’s Sean Deveney recently reported that the contenders interested in Ibaka’s services include the defending champions Los Angeles Lakers, along with the Dallas Mavericks, Los Angeles Clippers, Boston Celtics, Miami Heat and the Portland Trail Blazers.

However, the Lakers will have to persuade the sweet-shooting big man to take a bargain deal with them in the hopes of chasing his second championship. The Lakers will have to commit boatloads of money for free agents Anthony Davis and Kentavious Caldwell-Pope, so they won’t be able to exercise much financial flexibility in a potential deal for Ibaka.

While it’s true that the Lakers have their $9.8 million mid-level exception to offer to a quality role player, Deveney wrote that the team is unlikely to unload that to a single player.

“The Lakers will have their mid-level exception, worth $9.8 million, available this offseason, but the team would likely want to split that among multiple players rather than hand the whole thing to one guy.”

How can Ibaka help the Lakers’ repeat bid?

If the Lakers successfully acquires the 11-year veteran, that would arguably be the biggest catch in free agency. Ibaka put up a career-high 15.4 points on a solid 38% three-point shooting clip for the Toronto Raptors last season. Those stellar numbers indicate that he can co-exist with Anthony Davis on offense, and give LeBron James another consistent shooter to pass the rock to.

On the defensive end, the combo of two rim-protecting big men in Davis and Ibaka would be a force to reckon with. Ibaka will improve an already-excellent defensive team, and give them a scorer off the bench as well.

But if the Lakers miss out on Ibaka’s services, there are other combo forwards that the team can pursue, including Jeff Green and Paul Millsap.