Los Angeles Lakers’ LeBron James is still 2K’s best player with an overall rating of 98, while Miami Heat’s Jimmy Butler makes an appearance in the Top 10 with a 93 overall. 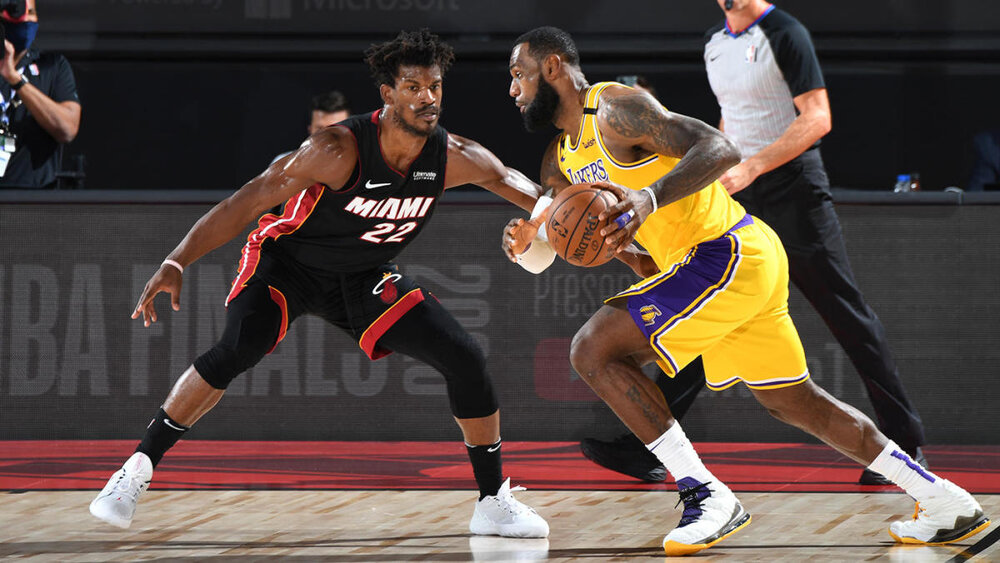 LeBron James and Jimmy Butler battling against each other during the Lakers-Heat Finals match-up. (Photo by Andrew D. Bernstein/NBAE/Getty Images)

King James reigns on the court and on the virtual basketball world. NBA 2K21 released its most recent player ratings, and gave LeBron an overall rating of 98. With this top rating, the four-time Finals MVP now grabs the solo lead in the individual standings. He was tied with Houston Rockets’ James Harden for a 97 overall in last year’s NBA 2K20.

Meanwhile, Heat superstar Jimmy Butler has made the jump to the Top 10. Behind his herculean efforts in lifting the Heat to two wins in the Finals, Butler now has a 93 overall rating, an improvement from him garnering only 89 last year.

Other surprises came in the form of Boston Celtics young star Jayson Tatum, who now has a 90 rating. Tatum, who notched his first All-Star appearance last season, has grown into a two-way star in the league. Denver Nuggets backcourt star Jamal Murray was given an 87 rating, while New Orleans Pelicans’ incoming sophomore Zion Williams now has an 86 overall.

Among the arguable disappointments in the list is Washington Wizards’ Bradley Beal, who only got an 88 rating. Beal is coming off a career-best season in which he averaged 30.5 points, 4.2 rebounds and 6.1 assists per contest. Tyler Herro also came in with only a 78 rating, finishing below 2019 Draft batchmates Rui Hachimura and Brandon Clarke.

Here’s a list of the Top 10 players in the recently-released NBA 2K21 ratings: