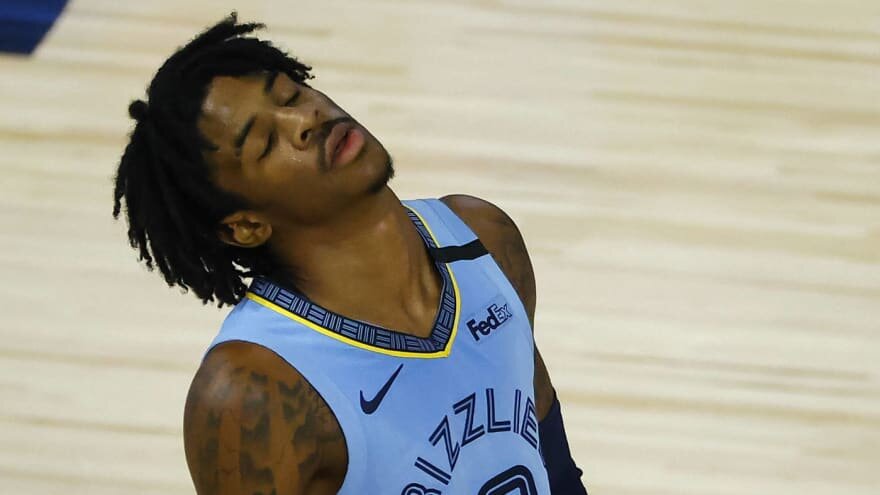 The Grizzlies are in for long season. With key cogs Jaren Jackson Jr., Justise Winslow and De’Anthony Melton already sitting out due to injuries, it was Ja Morant’s turn to suffer an unfortunate setback. During a game against the Brooklyn Nets, Morant rolled his ankle after stepping on the foot of Timothe Luwawu-Cabarrot.

Ja Morant landed badly on his foot and couldn’t put any weight on it. Was taken off the court in a wheel chair.

Morant wasn’t able to put any weight on his injured foot, and had to be taken off the court through a wheel chair. It’s a tough setback for the Grizzlies, especially with Morant averaging whopping numbers of 36.0 points and 8.0 assists in the first two games of the season.

The exact timetable for Morant’s recovery is yet to be determined, but he was seen on the bench already in street clothes and donning a boot to protect his injured ankle.

The Grizzlies, who were a win short of playing in the playoffs last season, will face a more difficult climb in the Western Conference this year. They weren’t able to add quality players or veterans who could move the needle for them, and their growing injury list will be tough to overcome in this shortened NBA season.