The already-depleted Brooklyn Nets squad will lose another key cog as the NBA has imposed a seven-day quarantine to Kevin Durant, forcing the former MVP to miss four games. 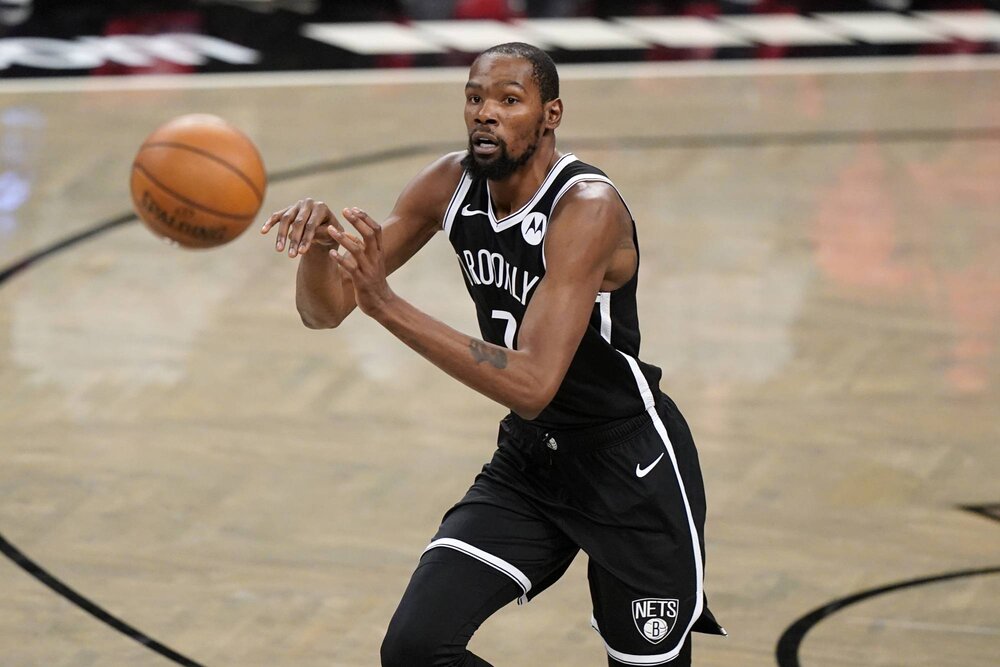 Kevin Durant is averaging a team-high 28.2 points per game for the Nets this season. (Photo by Kathy Willens/AP)

The good fortunes have tilted away from the Nets. After losing their last two games, including four of their last five, the Nets will be missing the all-around services of superstar Kevin Durant for their next four assignments. ESPN’s Adrian Wojnarowski reported that Durant will be going through a seven-day quarantine protocol after being exposed to a person with a positive COVID-19 case.

Kevin Durant's facing a 7-day quarantine under league protocols because of exposure to a positive COVID-19 case, sources tell ESPN. He had the coronavirus in May, continues to register antibodies and has tested negative in multiple recents tests. He'd miss 4 games in next week. https://t.co/HFHFKHolte

Can the Durant-less Nets put a stop to their losing skid?

While it’s not even close to hitting the panic button, it’s also true that the Nets have lost four of their last five assignments. What’s more surprising is that those losses came at the hands of the Hornets, Grizzlies, Hawks, and Wizards, four teams that are not considered to be elite contenders in the league.

The loss of Spencer Dinwiddie sure stings, but the Nets have to get used to his absence. It is reported that Dinwiddie, who suffered a partial tear in his ACL, will potentially miss the rest of the season.

The road will not get easier for Brooklyn as they will be facing the Utah Jazz and the Philadelphia 76ers in their next couple of games. Kyrie Irving will obviously carry most of the workload on offense, and it’s expected that Caris LeVert will be inserted into the starting line-up.

LeVert, who showed out in the Nets’ campaign in the season restart at the Orlando bubble, is only norming 26.1 minutes per contest, his lowest since his rookie year in 2016. LeVert is putting up numbers of 13.1 points and 5.6 assists in his new role as the team’s sixth man, although his three-point shooting has dipped to a lowly 27% clip.