Home » Basketball News » NBA » Tatum, Celtics own second half to force Game 6 against the Heat

Tatum, Celtics own second half to force Game 6 against the Heat

Jayson Tatum scored 17 points in the third quarter as the Boston Celtics completed a comeback to upset the Miami Heat in Game 5, 121-108. 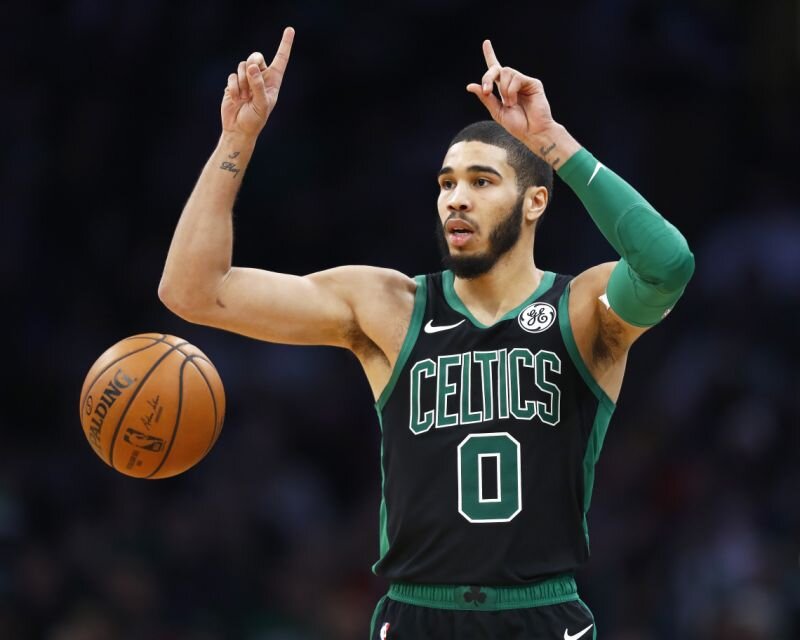 Jayson Tatum had a masterful second half to keep the Celtics’ playoff run alive. (Photo courtesy of Omar Rawlings/Getty Images)

The Heat started the second half with a 58-51 lead and led by as many as 12 points in the first half. With Tatum leading the charge, the Celtics outscored Miami in the 3rd quarter, 41-25, and never looked back. Smart tied the game at 60 apiece off a three-pointer during the 8:14 mark in the 3rd quarter before finally taking the lead in 7:50 mark, courtesy of Brown’s lay up. The Celtics then ballooned the lead up to 19 points before settling in a 13-point deficit win.

Goran Dragic once again led the Heat squad, finishing with 23 points, 4 rebounds, and 4 assists, and Miami’s main sharpshooter Duncan Robinson recorded 20 points, 2 rebounds, and a steal but only put up a 27.3% clip from beyond the arc. After a spectacular 37-point outing in Game 4, rookie Tyler Herro was limited to 14 points in 6 of 12 shooting along with 3 rebounds, and one assist while Jimmy Butler had 17 points, 8 rebounds, 8 assists, 1 steal, and 1 block in the losing effort. The Heat squad will have another chance to close out the series in Game 6.

Boston will look to even the series in Game 6 to force a do-or-die Game 7, while Miami will try to wrap the series and return to the NBA Finals after 6 years.