In the first of our exclusive interviews with Filipino athletes, Dribble Media’s ZerJosh Serrano had the opportunity to interview the Manalang brothers as they talk about supporting each other and persevering until they reach their basketball ambitions. 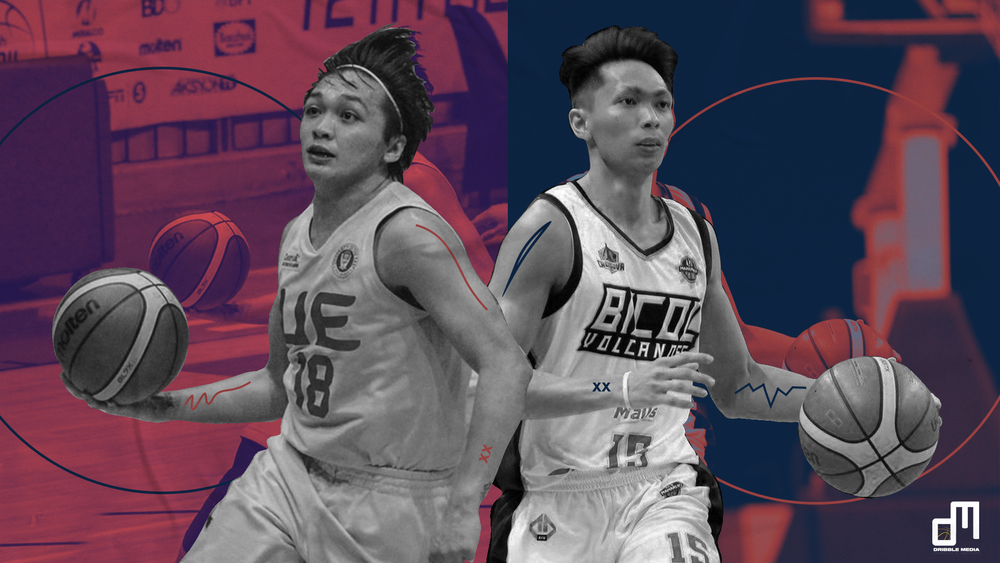 Wake up at 5 in the morning while the whole city is still dreaming about their lofty goals. Lace up the overworked sneakers, grab an overused basketball, and put up hundreds of shots on the nearby court with the sun still rising in the background. Play tough 5-on-5 pick-up games for two hours with just the symbolic “iced tubig” on the line.  Return home to eat a much-deserved hearty breakfast, rest up for several minutes, and then go back to the basketball court to work on the craft.

This was how Philip and Peter Manalang spent their summer mornings when they were still a pair of young boys developing a fiery passion for the game. Playing basketball for a living wasn’t even at their minds back then. For the hundreds of kids playing in a particular barangay or village basketball court, just one or even none of them will make it to the big leagues.

Yet, it’s not about luck that the Manalang brothers reached the level where they are right now. After becoming a household name for the University of the East Red Warriors in the UAAP, Philip went on to play in the MPBL (Maharlika Pilipinas Basketball League), where his Kuya Peter is also balling out.

Through a Zoom call, Dribble Media had the privilege to talk to Philip and Peter as they discussed the origins of their basketball journey and how they deal with the pressure that comes with it. The 20-minute long conversation started with how they are coping with the COVID-19 outbreak and how they took it upon themselves to reach out and help in the community.

The two point guards also took us back to the difficult, narrow basketball road they willingly went through. Peter said that ever since he was 9 years old and Philip was 7, they were referred to in Filipino terms as “mga taong court.” They constantly worked on their game on the court, especially during the summer when they would not go home until it gets really dark at night and it’s impossible for them to see the hoop. 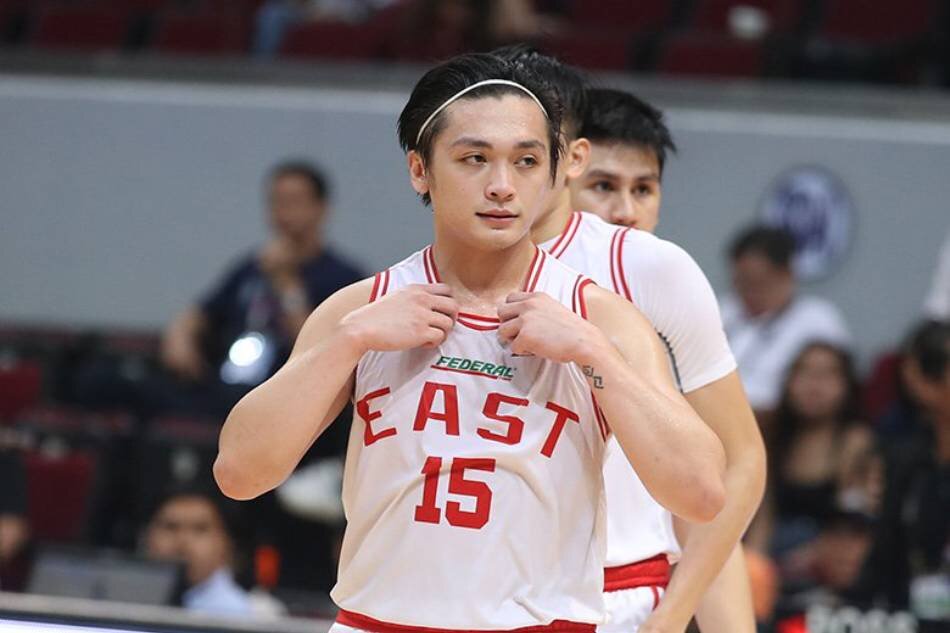 But even though they continued to support each other’s game, the Manalang brothers blazed separate trails towards the big leagues. Philip, who played high school basketball for the National University (NU), was more of a blue-chip recruit between the two. Philip says that an opportunity presented by a prominent Filipino coach opened the doors for him to continue playing collegiate hoops in the UAAP.

On the other hand, Peter’s road towards a basketball career had a more dramatic twist. The older Manalang brother had his own family at the young age of 17, and basketball took a backseat as he had to focus on putting food on the table and taking care of his wife and child.

But as he saw Philip and their youngest brother Paul thriving in the UAAP, Peter became more inspired to further grow in the game that he loves the most. Peter never went on to play in the biggest amateur basketball stage in the country, but he emphasized that he has no regrets.

Did Peter ever become envious that Philip entered the UAAP? No, not a chance. If there’s anything that Peter felt, it would be pure joy. There was never a sibling rivalry between the two hoopers. Peter reiterated that it has been their priority to lift each other up, rather than pulling one another down to the ground. 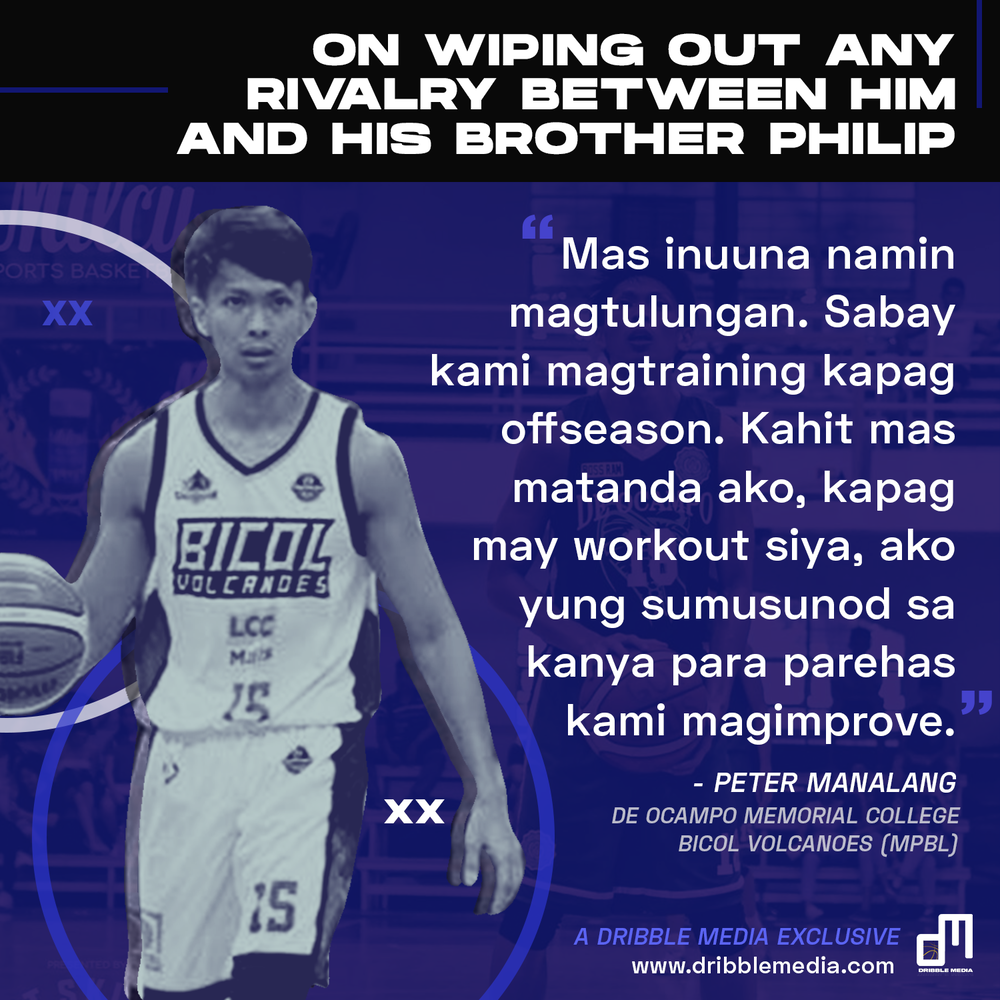 Philip echoed his brother’s sentiment, and even had heaps of praises for Peter. The former UE playmaker points out to his kuya’s open-minded mentality and his willingness to listen.

Now that they are in the big leagues, there’s always the pressure to perform. Peter recently played for the Bicol Volcanoes, an MPBL team which also boasts ex-PBA cagers Ronjay Buenafe and Alex Nuyles. On the flipside, Philip played for UE, a UAAP school that produced historically great stars like Robert Jaworski, James Yap and Paul Lee. 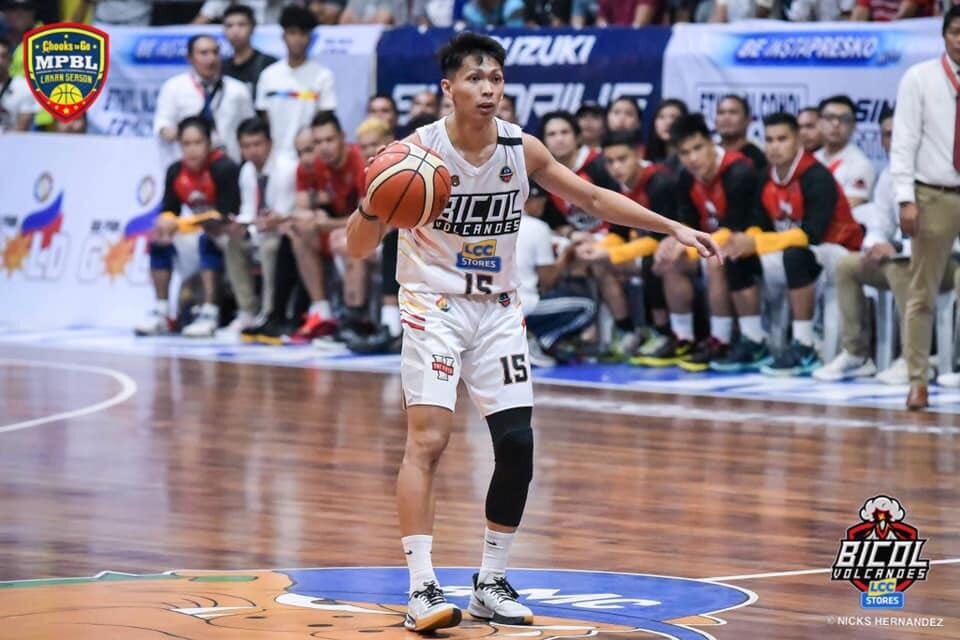 But instead of being pressured, both of them look at it as a blessing.

As for critics and haters on and off the court, Philip doesn’t mind at all. Philip gave us quite a lesson on how to deal with people who don’t believe in your success. 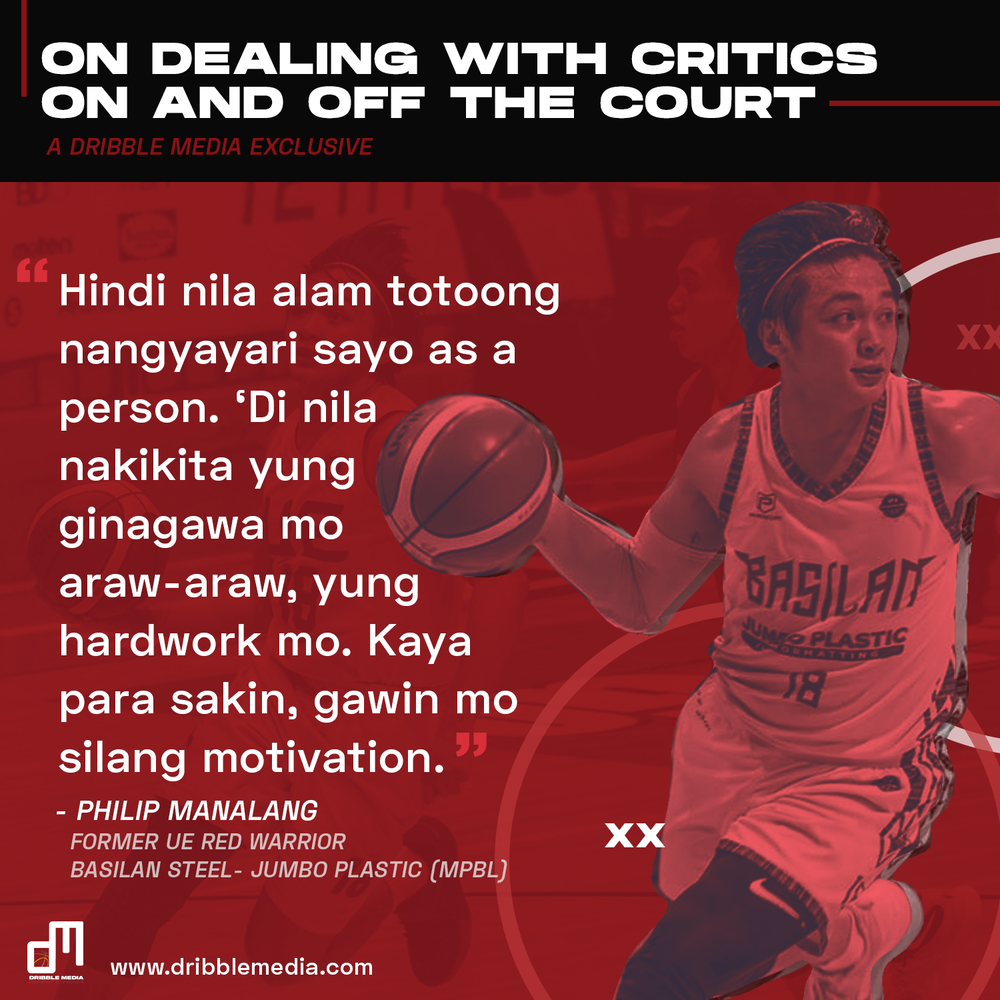 Maintaining one’s poise through pressure and harsh criticisms is just one of the many challenges that athletes face on a daily basis. As for their basketball plans moving forward, Peter will be focusing on his MPBL stint, with the hope that a team will acquire him next season.

Philip, who last played for Basilan Steele-Jumbo Plastic after finishing his playing years in UE, revealed that he is indeed aiming to be selected in the next PBA Draft. When asked which PBA team they would want to play for, they didn’t even think for a second before answering. Both Manalang brothers have the Never-Say-Die manta running on their veins as they have been Ginebra fans from the very start.

For their advice for young aspiring hoopers out there, Peter and Philip have one equation in mind: Faith + Hardwork = Success.

Even if luck did play a part in their success, it’s not even comparable to the amount of work and dedication that Philip and Peter have put in. It’s about realizing your talent, growing it through sheer hardwork, and maintaining that same energy day in and day out. It’s difficult, but there will never be an easy path towards success.