To continue our exclusive interview series with Filipino athletes, Dribble Media’s Bernard Santos and Paul Tamayo interviewed LPU Cavite’s Assistant Coach Patrick Melencio as he discussed how he transitioned from playing to coaching, as well as the emotional pressure that comes from teaching the game to young hoopers. 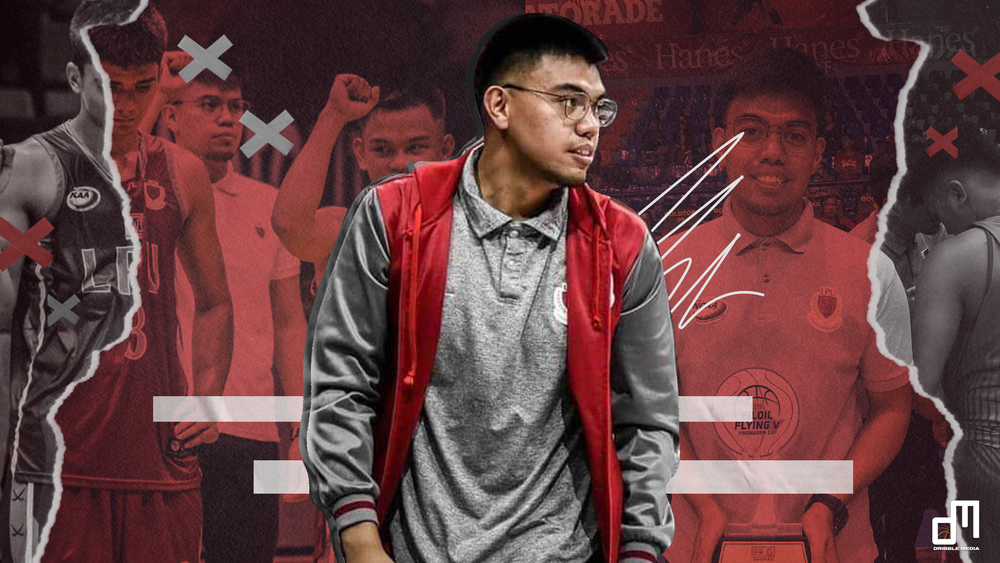 There’s only so much that a 13-year old young hooper can do on the court. The game is too fast for him, and teamwork is still a concept he’s familiarizing himself with. As a novice trying to create a name for himself, he wants to do everything for the team. What does it result to? Turnovers here, forced missed shots there.

Yet, the youngster is not alone in chasing his basketball dreams. After every miscue, he turns to his respected coach, who then points out what he could’ve done to avoid the turnover. It’s just an ordinary scene out of a high school basketball practice. But for the aspiring hooper, this is another step towards his sky-high dreams.

For the young seven-year-old Patrick Melencio, the coach came in the form of his own father. Growing up in Saudi Arabia where basketball is not that highly-regarded, Patrick and his father would spend hours each day playing the game by themselves. 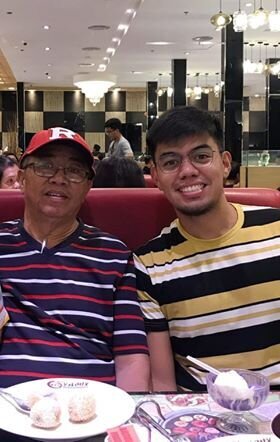 Coach Patrick and his father

Patrick grew closer to his father, and his heart became even hungrier for basketball. But when asked who his childhood basketball idol was, he couldn’t think of a particular name. It was then that Patrick realized that he always had an eye for coaching ever since he was a young boy still learning the sport.

Patrick: I was not really watching one single player. It’s more of their movements and the whole plays. I enjoy watching the whole team, rather than one player. Sa likod ng notebook ko sa school, sinusulat ko yung mga line-up ng teams, and even the rotation. Dun pa lang, na-realize ko na I have a future as a coach.

Of course, the young Patrick didn’t know it back then. He was busy improving his game, with the dream of playing in the PBA on the back of his mind. He went back home to the Philippines to take his college degree, and was blessed to be given an athletic scholarship to play for the De La Salle University-Dasmarinas basketball team.

While studying AB Psychology and training with the basketball team everyday, Patrick also pursued a coaching gig with the La Salle-supervised Saint Francis Academy. His college schedule couldn’t get any more hectic. Patrick would train with the DLSU-D squad from 5-7 in the morning, attend his classes that will last until four in the afternoon, then go straight to Saint Francis to coach the school’s HS basketball team. 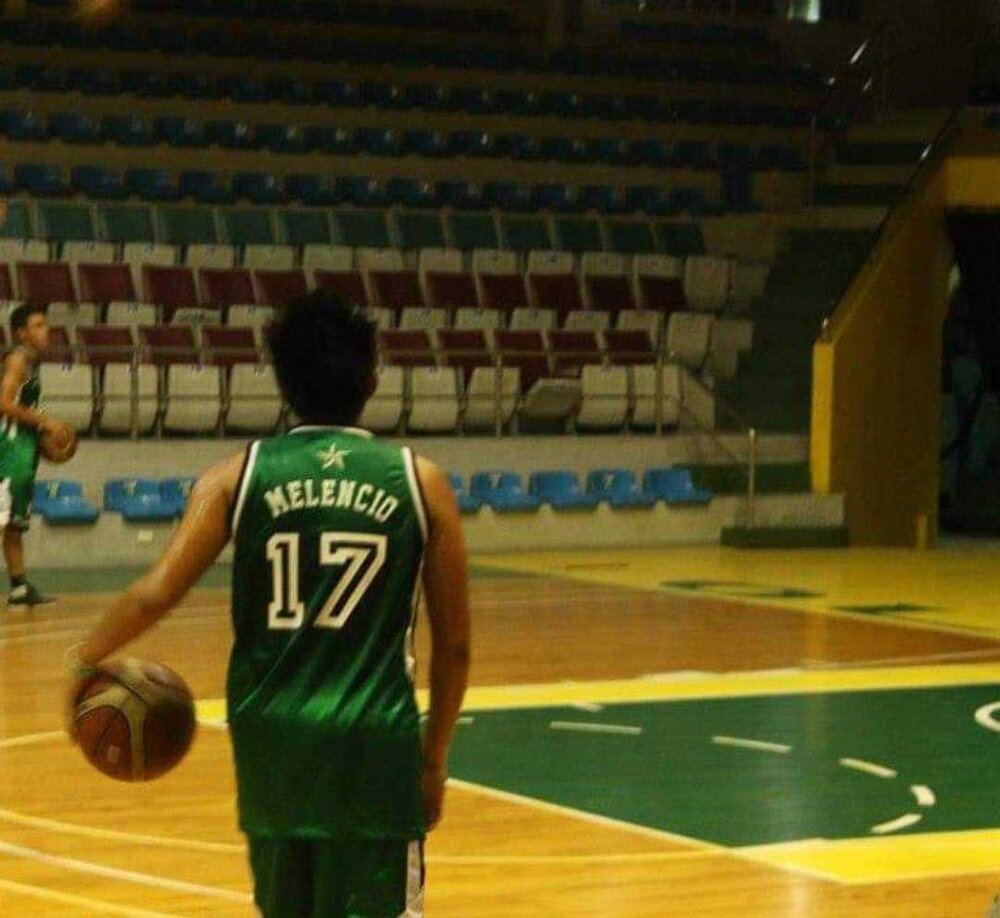 It was a difficult ordeal, but Patrick always went 100% in every task assigned to him.

Patrick: I was basically training not to get to the PBA, but for me not to lose my scholarship. But then I was really enjoying teaching and playing, and I wanted to graduate from a prestigious school. It’s an honor to be a graduate of La Salle, so I was striving na hindi mawala scholarship ko. Yung training ko, go hard talaga ako diyan. Even though I didn’t have playing time, it doesn’t matter.

Now serving as assistant coach for the Lyceum of the Philippines University (LPU) Cavite, Patrick emphasized that it was his coaching stint with Saint Francis that paved the way for him to land the job at LPU. He has always preached team basketball to his players, and this became Patrick’s stepping stone to the NCAA. 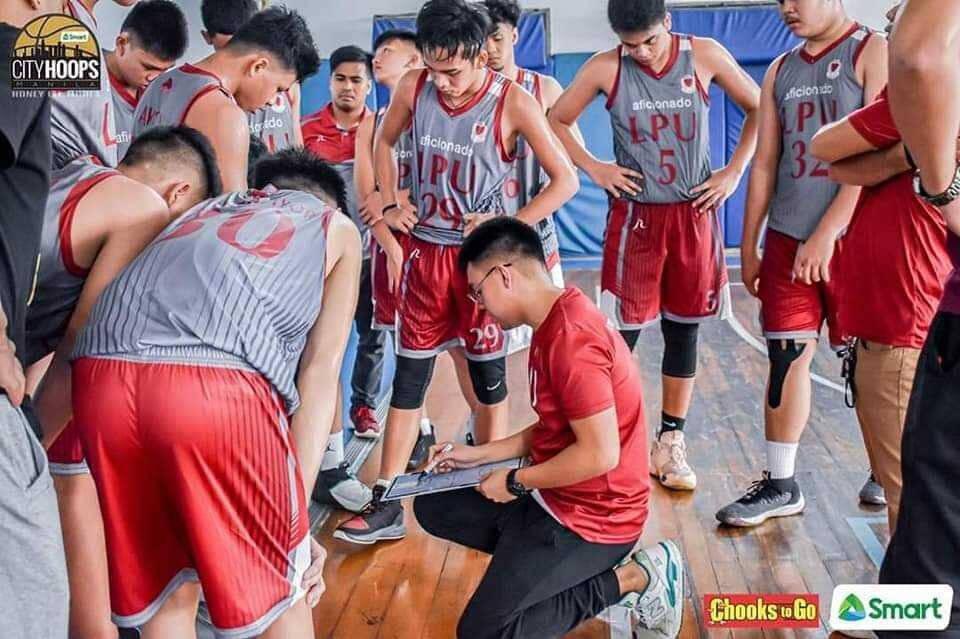 However, the challenges of coaching don’t end on the court. It’s one thing to invite players to one practice, and it’s another thing to get their commitment for the whole year.

But it’s never easy for a student-athlete to fully commit to the sport, especially if a parent or teacher thinks that it may affect the student’s academic standing. Along with always reminding his players to stay disciplined in both fronts, Patrick also takes it upon himself to have open conversations with teachers and parents.

Patrick: Since I’m a Psychology major, doon ko naiintndihan that being an athlete is a different intelligence. I always talk to the athletes that you need to balance, but I also talk to the teachers na sana huwag tayo maging discouragement. What if that athlete is a future PBA player? What if that child goes on to the PBA and earn millions every year? It’s not about discounting other careers. But we also want to help people realize that basketball could also be the future of these athletes if we help them chase their dreams.

On top of a potential basketball career in the professional ranks, Patrick also said that the game comes with life principles that every player can apply outside the court. It is then that coaching basketball players becomes more meaningful and more rewarding.

Patrick: Yung commitment and sacrifice magagamit ng mga players ko when they grow older and mag-work na sila. It’s more on for the greater good of the company or the organization. If you don’t learn to share the ball on the court, what can you share sa totoong buhay kung bola pa lang hindi mo na mai-share? 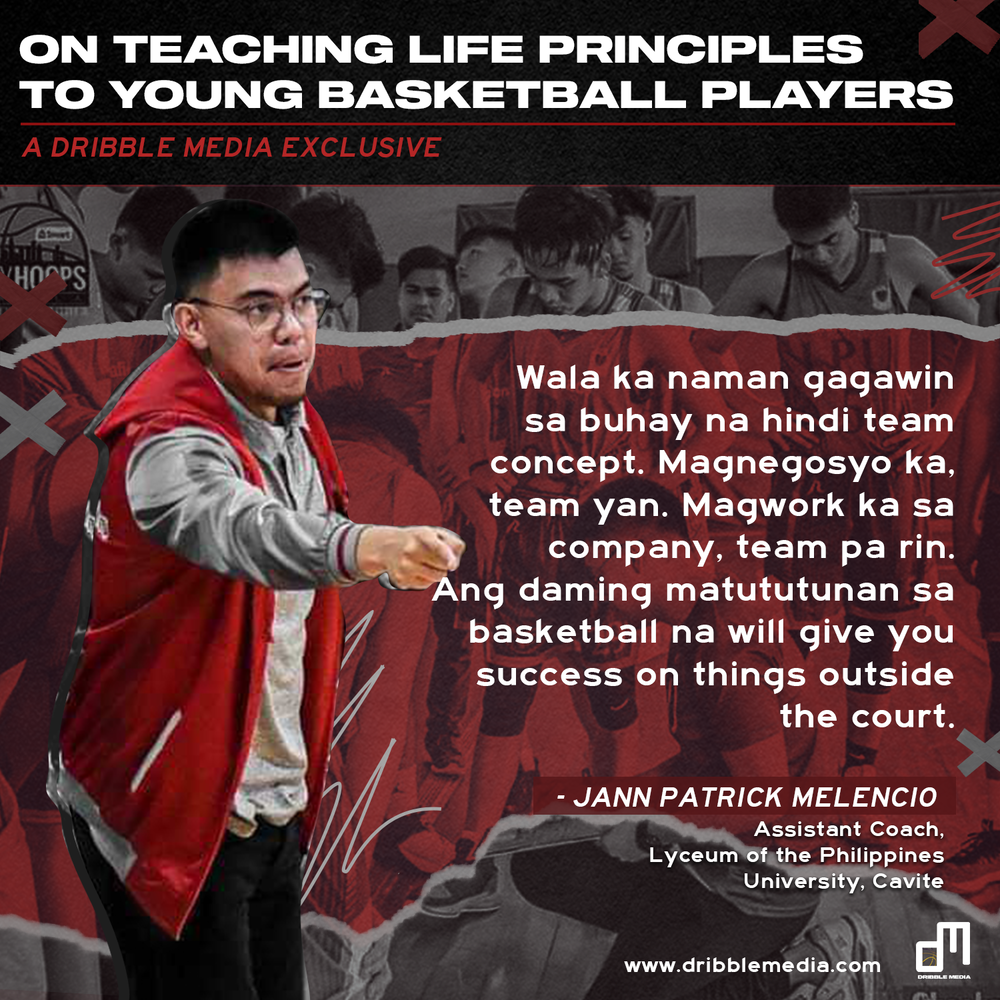 Basketball is never “just a game.“ Players don’t just shut up and dribble. For the many hoopers all over the world, basketball is a sanctuary where they can escape their worries and just let themselves be immersed in the competitive fun. And for Coach Patrick of the LPU Cavite Junior Pirates, the game is a platform for him to let his players be part of something bigger than themselves.

Patrick and his family also own the Jann Rey Auto Care Services business located at Buenavista 3 City of General Trias, Cavite. They specialize in car body repair, fixing car dents and scratches, and car painting. Contact them at 09273562348.