Migs Pascual: On creating a platform for Cainta’s talented hoopers to succeed

Dribble Media’s ZerJosh Serrano sat down with former Batang Gilas standout Migs Pascual to talk about why it’s his dream to help his native town of Cainta, Rizal to produce homegrown talent not just in basketball, but in other sports as well. 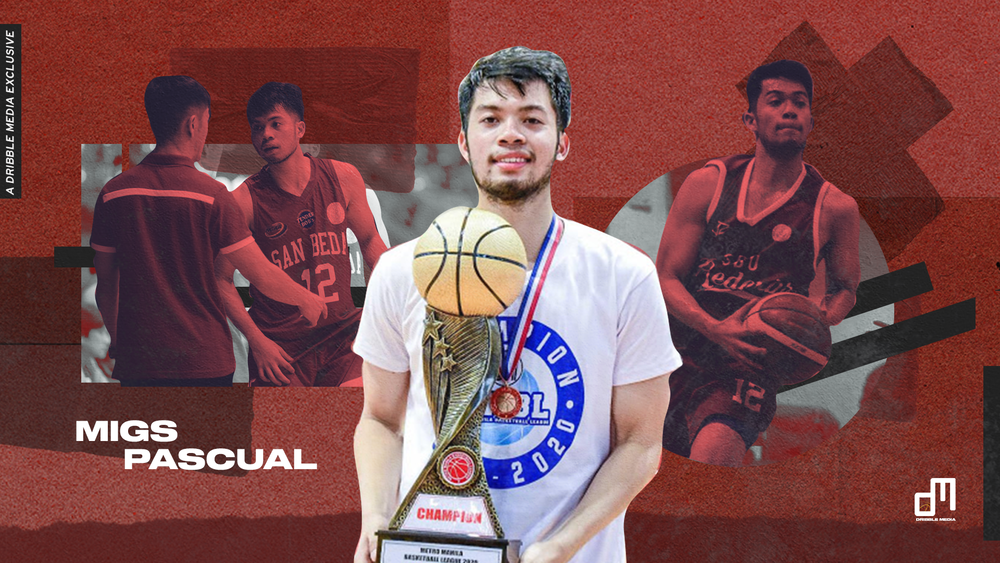 Pampanga. Cebu. Manila. These are undoubtedly the hotbeds of Philippine basketball, and they have produced top-notch prospects who we now consider as the best hoopers in the country. No other place in the Philippines comes close to the basketball programs that these three cities/provinces already have in place, and have been running for decades.

But these preparations don’t happen overnight. It takes the collective effort of a lot of influential people to even push a local government to seriously consider implementing a basketball program, not to mention the need to have the adequate funding in place.

It’s an almost-improbable goal for anyone, but that’s not stopping Migs Pascual from dreaming that someday, his native town of Cainta, Rizal will become a force to reckon with in Philippine basketball. Migs, a former Batang Gilas mainstay, wants people to know how passionate Cainta is in their own brand of hoops.

When you’re a famous basketball player, it’s easy to get yourself so high off the ground that you forget to give back to the people who helped you right from the start of your career. Attention will always come your way, and sooner or later, you’ll be earning tons of money off your salary and brand endorsements.

But it’s no coincidence that Migs plays basketball as a natural point guard, a role in which he places utmost priority in making his teammates look better. When he plays in front of thousands of people, he is not just suiting up for his team, but he is also representing Cainta’s aspiring hoopers.

Migs may be the most popular baller out of Cainta right now, but he is not bent on getting all the recognition. 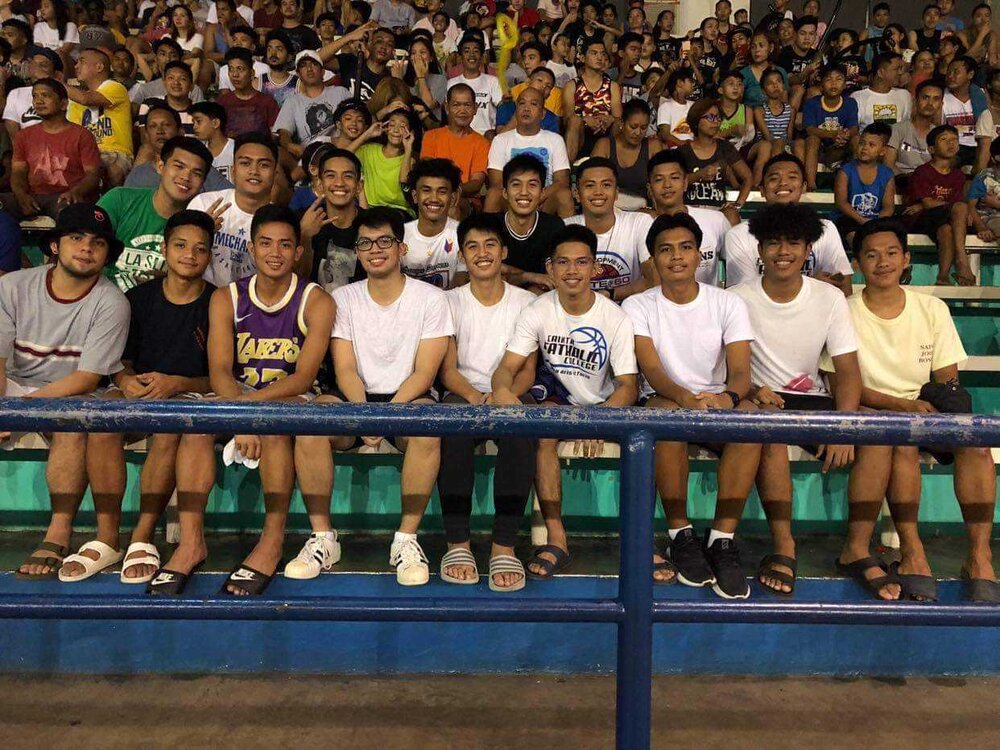 Migs (fourth from the left) with his long-time friends from Cainta.

But don’t be fooled by Migs’ knack for deflecting credit and praise. He doesn’t shy away from the spotlight, and he is as fiery as a competitor can be on the court. Yet, Migs makes sure that he is always a humble and approachable person off the court.

Migs already have these realizations in place at a young age. He is just entering college next school year, where he will be leaving the den of the San Beda Red Cubs to play for the University of the East Red Warriors.

But the thing is, Migs’ maturity level on and off the court has already been honed in recent years. He assumed the pressure-packed role of being the co-captain of Batang Gilas, and he was also the undisputed leader of the Red Cubs. He has learned so much from a leadership standpoint, including how important it is to communicate not just with his teammates, but also with his coaches.

Now that he is venturing to a new territory as a freshman recruit for UE, Migs reiterated how difficult it was to leave San Beda. It was there where he grew as a player and a person, and he is always thankful for the support that the San Beda community has given him throughout the years.

But his focus right now is how to help UE, especially now that they are in a rebuilding stage. Their key cogs from last year, Rey Suerte and Philip Manalang, are now making the jump to the pros. They have a new head coach in Jack Santiago, and they will be fielding in a very young squad next season.

It will be a tough hurdle to overcome, but Migs knows that his leadership from the point guard position will help the Red Warriors’ campaign.

With Migs now set to begin his UAAP career, it’s nice to see young players like him who are still appreciative of where they began their basketball journey. Most athletes, especially when they reach the peak of their fame, tend to forget their humble beginnings.

But Migs is not your typical athlete. He wants to use the influence that he’ll gain from playing basketball in pushing for the creation of a sustainable sports program in Cainta where everyone has an equal platform to succeed.

PrevPreviousJenjen Nama: On the reality of the Women’s Basketball landscape in the Philippines
NextRC Calimag: On working on his craft and creating a name for himselfNext

1 thought on “Migs Pascual: On creating a platform for Cainta’s talented hoopers to succeed”