Home » Exclusives » Penny Estacio: On combining discipline and confidence on his path towards stardom

Penny Estacio: On combining discipline and confidence on his path towards stardom

Dribble Media’s ZerJosh Serrano talked to FEU Baby Tamaraws star and Batang Gilas point guard Penny Estacio on staying committed to his basketball dreams and betting on himself in his path towards stardom. 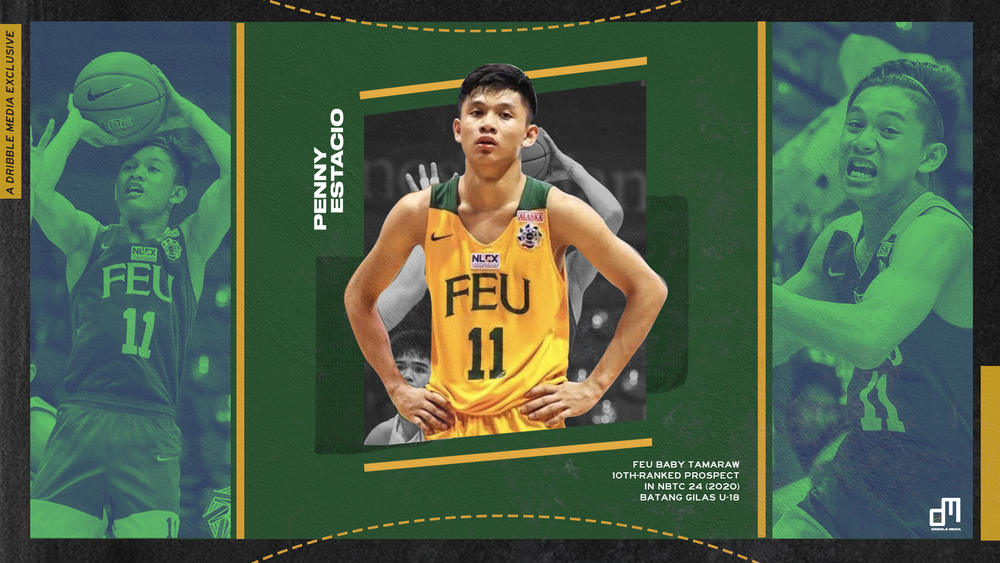 Penny Estacio is currently the 10th-ranked high school basketball prospect in the Philippines.

When we interviewed 2021 PBA Draft prospect Kenneth Mocon the last time around, he said one line that really stood out from the rest. Mocon emphasized that for someone to be the best in what he does, he has to do something that people don’t usually do.

Each athlete has a unique skill set that makes him different from his peers. But making the jump from being just good to becoming great takes a high level of commitment that not every athlete has the heart to do. Talent alone is not enough. Confidence alone will not cut it for you. Mere hardwork without goals will not get you where you want to be.

But for Penny Estacio of the FEU Baby Tamaraws, the recipe to success is simple. Stay disciplined in your desire to improve your craft, and remain confident in your abilities even when people are already doubting if you have what it takes to get to the next level.

He is one of the most sought-after basketball prospects in the country. As a matter of fact, Penny was named to the Batang Gilas U-18 roster last year just before the pandemic cancelled all sporting events.

But it doesn’t mean that Penny just easily cruised to where he is right now. Before he donned the yellow-and-green threads of FEU, Penny was a key player for the San Beda Red Cubs. But before he acclimated to that role in San Beda, Penny revealed that he was first stuck in the Team B for a long time.

No matter what viewpoint you look at it, height will always be an advantage in basketball. Penny didn’t have that advantage back then so he had to log in hundreds of hours studying different angles on how he could manufacture shots over bigger defenders. Now that Penny is already a legit six-footer, he now has these extra skills in his bag of tricks.

Yet, Penny knew that hardwork alone is not enough for him to reach the level of success that he wanted to achieve. Basketball is also a mind game, and his unwavering confidence on his abilities helped him stay focused on his goals.

“Almost everyone doubted me. Iniisip nila na hindi ko kaya. They thought that I can’t rise to the occasion. But I know that as long as I stay disciplined and confident, magtutuloy-tuloy lang yung progress ko.

Penny grew as a basketball player in San Beda, and he was already being perceived as one of the up-and-coming playmakers in the country while wearing the red-and-white jerseys of the Red Cubs. He couldn’t be more thankful enough to everything that San Beda contributed to his growth, whether that be on the basketball court or in real life. 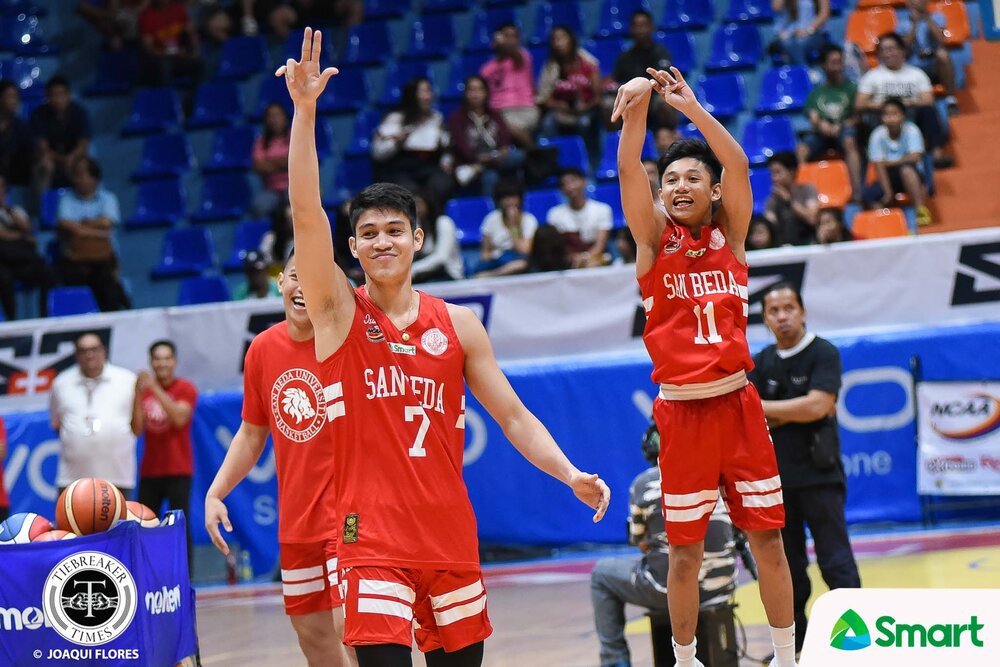 Penny would then transfer to FEU where he steadily saw his name rise in the list of the elite young basketball prospects in the Philippines. He gives the credit to the support of the FEU community and also revealed that even if he is still with the Juniors squad, he and his teammates are already learning a lot from their “kuyas” at the Seniors team.

Transferring to FEU was indeed a blessing for Penny, but it was not an easy choice to make. He had to make the difficult decision of parting ways with his friends, teammates and coaches in San Beda, and then go through another phase of adjusting to a new life and a new system in FEU.

But then again, Penny knew that he has to make sacrifices like this as part of his commitment to the game of basketball. Penny emphasized that there is nothing wrong in transferring to another school, especially if you know that it will help you become a better player in the long run. 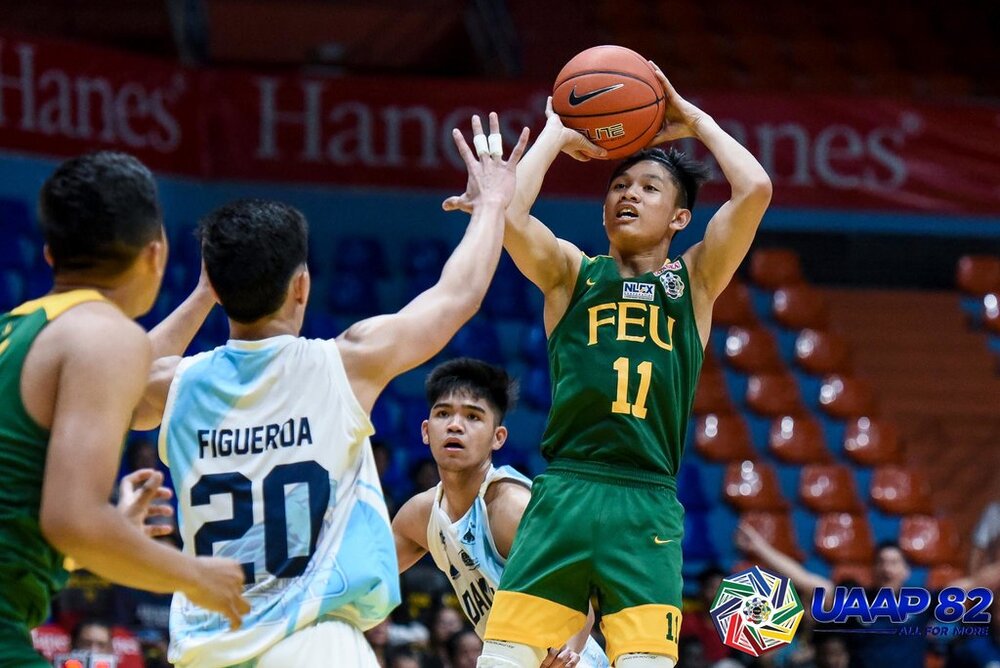 Penny considers it a “humbling experience” to be ranked at 10th in the list of the Top 24 Filipino high school basketball prospects as recently released by the National Basketball Training Center. Now that he’s in the upper echelon of high school basketball in the country, it’s expected that the pressure to perform well will always be there everytime he steps to the court.

So how does Penny overcome this pressure? He only has one word as an answer: Practice.

Having said all these, Penny still has one major decision to make soon. His playing years in high school has come to an end, and it’s time to for him to make the jump to the collegiate scene.

Penny and his family are yet to reach a concrete decision regarding which school he will be playing for in college, but one thing is for sure: FEU will be his first option.

PrevPreviousKenneth Mocon: On Being Stuck in San Beda’s Team B and How He Thrived Amidst Disappointments
NextMonique del Carmen: On the rise of women’s basketball and her stand against gender stereotypingNext

1 thought on “Penny Estacio: On combining discipline and confidence on his path towards stardom”